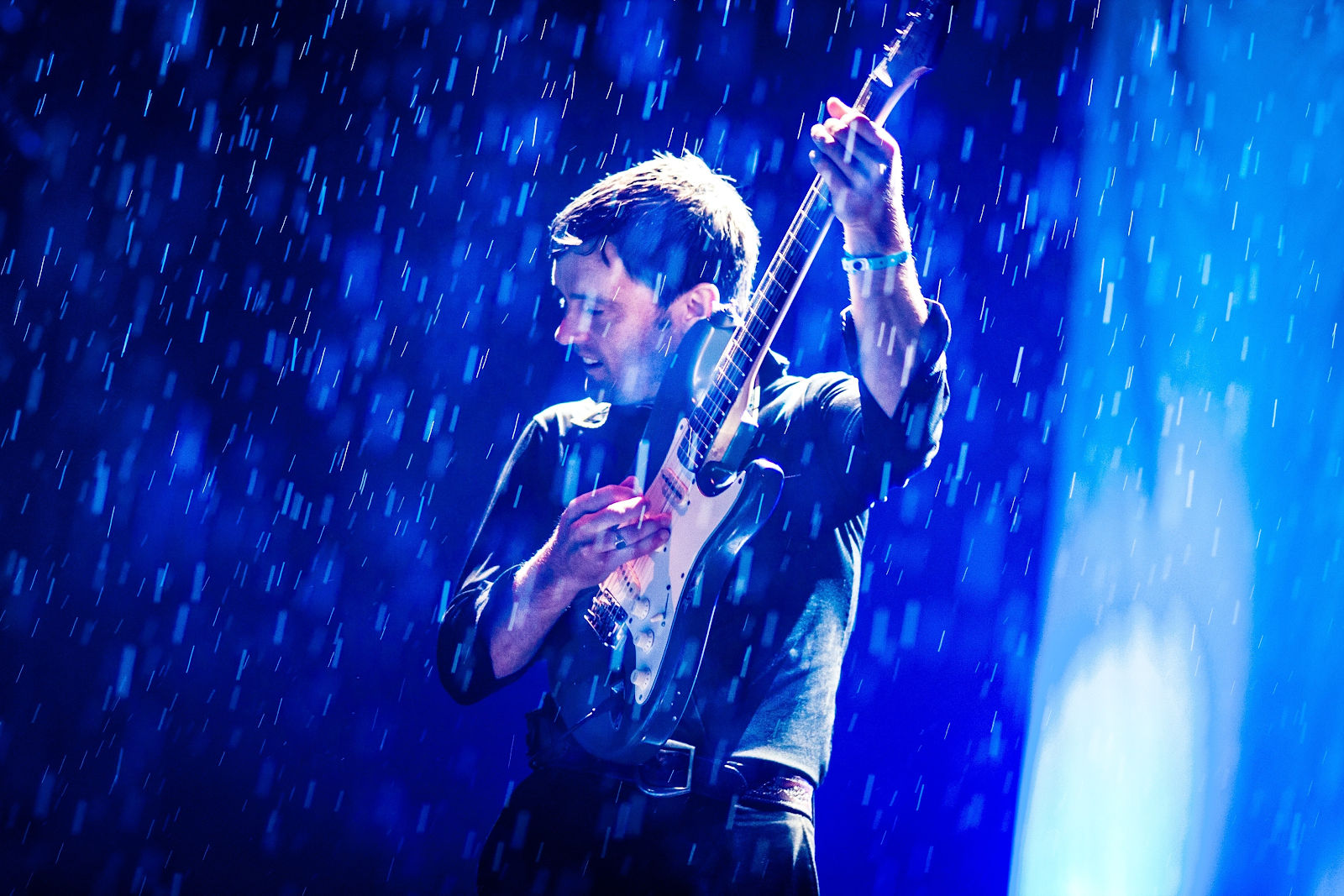 The pre-chorus is arguably the most overlooked and underrated section of popular song structures. Having been established somewhere in the 1960s, the pre-chorus is a relatively young concept that has truly elevated the art and science of songwriting. The power of the pre-chorus can be seen in several important functions in a song structure, ultimately transforming a couple of musical passages into a fully realized song.

What is a pre-chorus?

While the functions of a pre-chorus vary, they all serve the same purpose of adding another dimension to a song. A pre-chorus is dominantly used to separate verse and a chorus and is usually comprised of either a different chord progression and/or a unique melody to the verse and chorus. Much like a standard chorus, a pre-chorus will use the same melody and lyrics each time around, with the lyrics serving as a reinforcement of the chorus’s message or perspective.

Let’s take a look at three major aspects of a pre-chorus by analyzing some of history’s greatest songs, and analyze the effect of a pre-chorus on an original example recorded with Spire Studio.

The pre-chorus connects and separates

A pre-chorus has the unique ability to create a connection while also creating separation. A song can run the risk of becoming overly-repetitive if a verse and a chorus share the same chords. A pre-chorus with a simple harmonic variation can prove essential in these situations.

The connection aspect of a pre-chorus is found within the lyrical content. Typically a chorus or refrain will contain the song’s primary message while the verses capitalize on this idea by adding specific details to create a story.

A pre-chorus can be considered a type of bridge in songwriting that connects the verse of a song with the chorus and allows the opportunity to add depth to your story or message. The main difference between a pre-chorus and a bridge is that a bridge can be placed anywhere in a song and pre-chorus specifically precedes the chorus.

In the example below, the song structure goes from verse to chorus. Let’s analyze.

You’ll notice that even though the chords flow easily into each other, there isn’t much variation; both progressions are grounded in A minor. This leaves little room for any dynamic range.

In this example, a pre-chorus separates the two sections.

This pre-chorus shifts the chord progression to D major and E Major. It gives the song an entirely new feel and perspective and ramps up dynamically into the chorus. 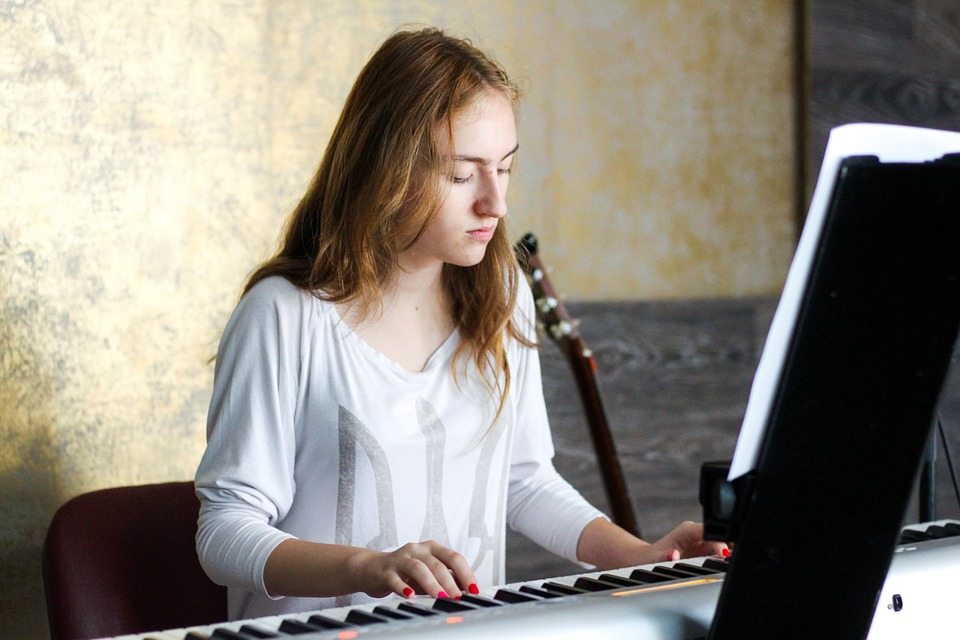 A pre-chorus is an attachment of the chorus, and is therefore equally as memorable. Because of this, the pre-chorus provides reinforcement to the chorus by alerting the listener that the chorus is about to happen.

A strong pre-chorus gives momentum to the chorus, and can be more memorable than the chorus in many cases. The repetitive “Hello, hello, hello, how low” in the pre-chorus of Nirvana’s “Smells Like Teen Spirit” is not only immensely iconic, but it serves as a sort of charge-up to the song’s powerful chorus. The pre-chorus lyrics in Van Morrison’s effervescent hit “Brown Eyed Girl” (“You’re my brown eyed girl!”) are the first lines any casual listener would recognize before the song’s boisterous chorus of “Sha la la’s.”

By having even just a small, select few words or a couplet to serve as the catalyst pre-chorus, any song can be twice as memorable.

Looking back at our previous examples, you’ll notice that lyrical content in the pre-chorus (“People say talk is cheap”) reinforces the chorus lyrics (“What you see is what you get”) in the overall message of being honest, forthright, and unapologetic.

With slight variations, a pre-chorus can also act as a different section like a bridge, intro, or outro. In some cases, a chorus won’t reveal itself until later in the song, so in instances like these the multifaceted pre-chorus can act as more than just its title. A pre-chorus can be used as a sort of temporary bridge, or even as an intro or outro of a song.

U2’s post-punk battle-cry “Sunday Bloody Sunday” has an already unusual structure, but its use of the pre-chorus (“How long? How long must we sing this song?”) is flexible. The section is introduced early in the song to separate a verse and is introduced later in the song to separate two refrains. It shouldn’t really be considered as a technical bridge because it appears multiple times in the song, and has a chorus-like quality of a memorable hook.

John Lennon’s “Imagine” is another great example of a floating pre-chorus. The song’s chorus (“You may say I’m a dreamer…”) isn’t revealed until nearly halfway through the song. The song’s pre-chorus (“Imagine all the people/Living life in peace”) appears two different times before the chorus is introduced, and serves as an alternative refrain.

PRO TIP: Experiment with your pre-chorus by recording different versions of it on your phone with a free three-day trial of Spire Pro.

Music history doesn’t lie; the pre-chorus is highly effective. In its entirely unique fashion, it creates separation while bridging its own gap, creating elevation and variation. The pre-chorus reinforces the song structure and can operate in many ways and forms. It’s the underdog of popular music—don’t be afraid to use it!