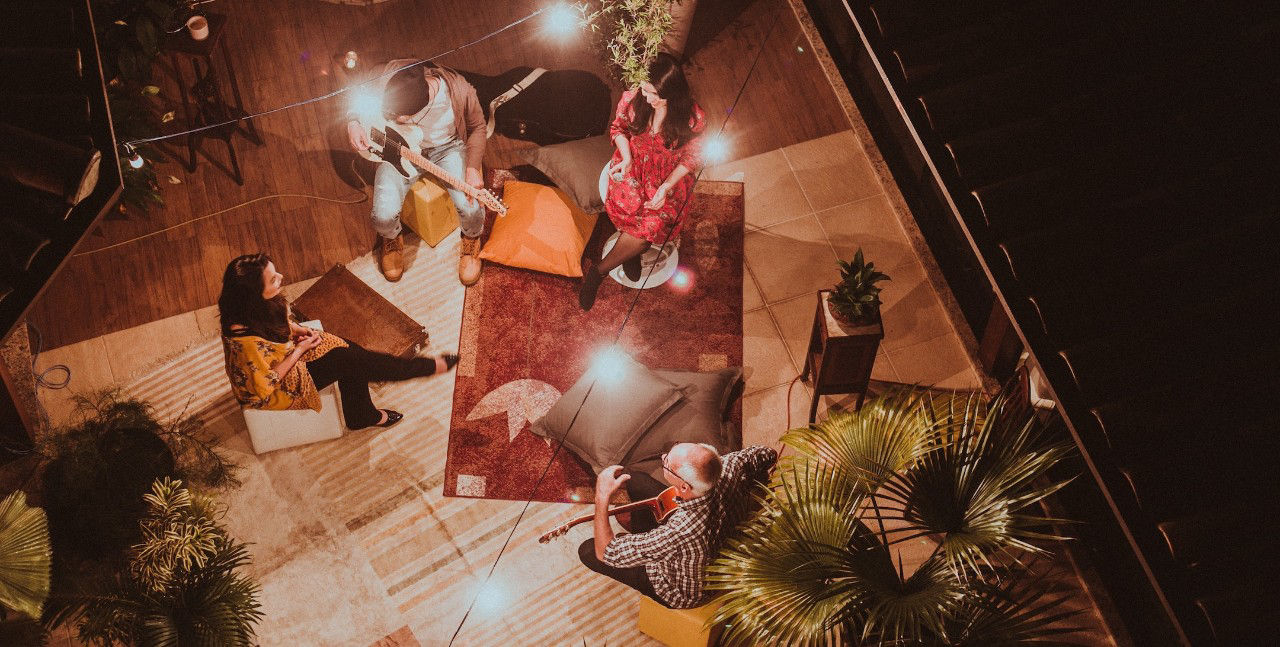 Put simply, point of view in songwriting is the perspective through which the song is sung.

Each point of view creates its own amount of closeness or proximity to a listener. Hearing a sad lyric or story about someone you don’t actually know personally is one thing, but having that same lyric sung about you, or even too you, is entirely different.

To quote Pat Pattison of Writing Better Lyrics, “Point of view controls our distance from the world of the song. Think of it as a movie camera, allowing the audience to look at the song’s world from various distances, from long shots to close-ups.”

From the most intimate to arm's length, they go as follows: Some stories are easier to tell when you get a little distance from them, and others can only be told when you put yourself directly into them. Let’s take a look at these four choices and how they affect storytelling in songwriting basics.

When you’re writing in 3rd person narrative, you’re stating facts. For example, Jack and Jill did something together, and then something happened to Jack that was largely unexpected, and they both got hurt. By keeping things about Jack and Jill and not about "you and I," your listeners are able to see things from a 3rd person and unbiased perspective. You’re introducing them to a situation they don’t already know everything about, so you as the writer get to set the scene and direct the actors.

Some classic 3rd person narrative songs are “Eleanor Rigby” by The Beatles, and “Jack and Diane” by John Mellencamp.

In 1st person narrative, the singer and writer puts himself or herself directly into the story while continuing to keep the listener somewhat far off. This time, my friend Jack and I went and did something together, then something neither of us expected happened to Jack, but somehow we both ended up getting hurt. You can see how the listener isn’t involved, but they are brought a step closer to the action. We are personally telling them a story using pronouns like “I”, “me” and “us,” but what’s missing here is “you.”

Examples of 1st person narrative songs are “Valarie” by Steve Winwood, and “Let It Be” by The Beatles.

In direct address, you’ve moved away from stating facts and have started to get into feelings territory. For example, you and I went and did something together, then something neither of could have anticipated happened to you, and in the end, we were both hurt. As a listener, you feel the closeness and perhaps responsibility that comes with hearing a song that’s in direct address. Either the singer (I) is talking to another person who’s not there (you), or else the listener is the “you.” Again to quote Pat, “This is the close-up, the most intimate a song can be. You see the lip quivering and the jaw muscles tightening with emotion.”

Some examples of songs written in direct address are “I Will Always Love You” by Dolly Parton, “Overjoyed” by Stevie Wonder, and “God is a woman” by Ariana Grande.

2nd person narrative is by far the hardest to pin down, but a really interesting choice for certain songs. You and Jack went and did something together, then something happened to Jack, which no one expected, and you both got hurt in the process. 2nd person uses the pronoun “you” but there is a distinct lack of “I” in the story. 2nd person narratives work well for protest songs because the “you” or “we” in the story feels universal like it’s about all of “us.”

Good examples of 2nd person narrative are “What About Us?” by P!nk and “We Didn’t Start the Fire” by Billy Joel.

Point of view is a powerful tool in songwriting basics that you can use to control both your song and your listener. Taking a song you’ve written and trying it out in all four points of view can yield interesting and unexpected results. Decide how close you want your listener to be and focus your lens accordingly.