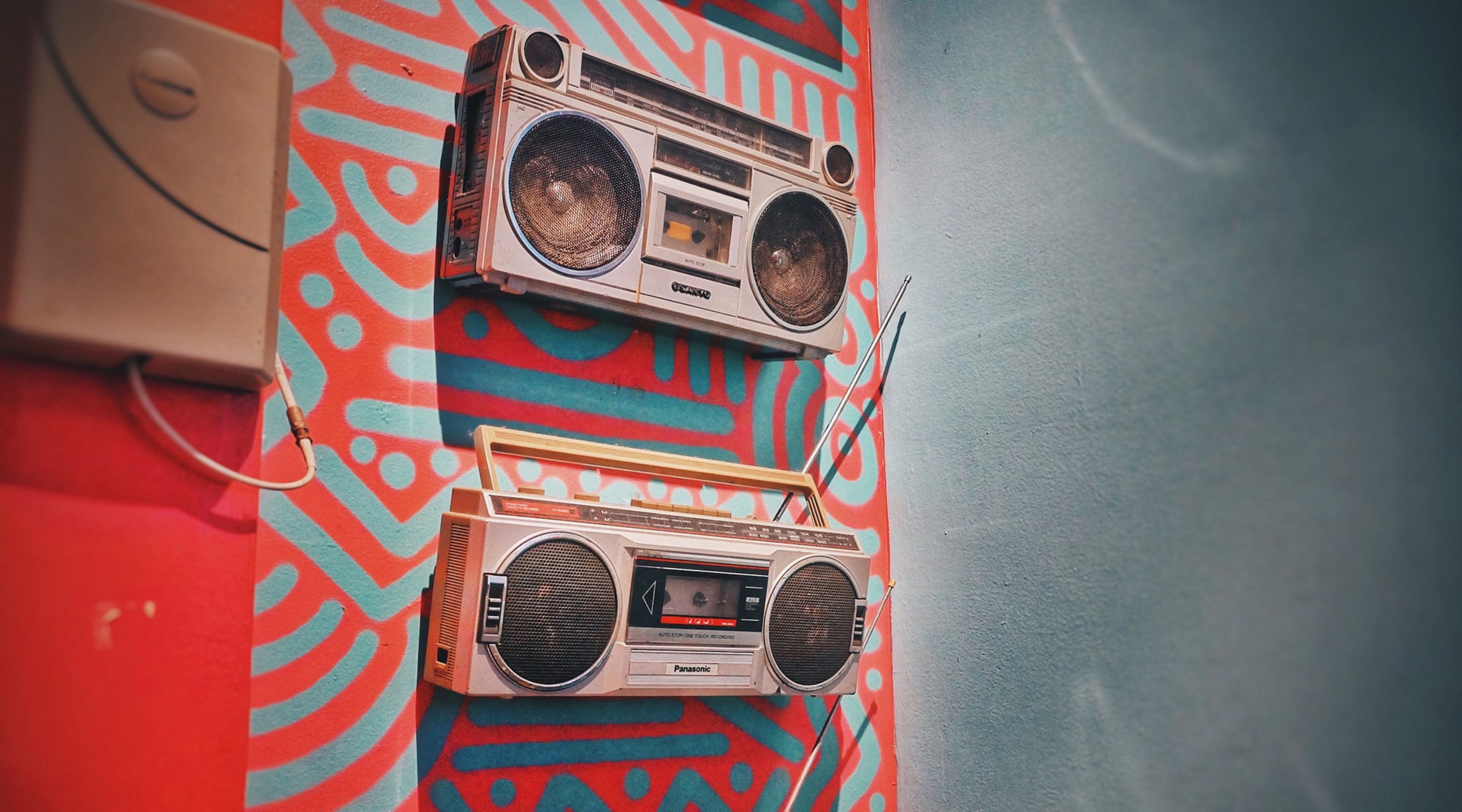 Even for casual listeners of the genre, it is easy to distinguish when a hip-hop track was made just by listening to the first few bars. The instrumental sounds, recording quality, and vocal delivery of today’s hip-hop bears little similarity what was popular 10 or 20 years ago.

While rappers are the most recognizable faces in hip-hop, it is beat makers, producers, and engineers who are largely responsible for its changing sound. In this article, we take a look five of the most important developments in hip-hop, beginning in the 1970s until the present.

Documenting hip-hop history is tricky. Depending on who you talk to and what you read, the origins differ. But one thing is for sure: the block parties organized by DJ Kool Herc in The Bronx, New York City during the early 1970s were pivotal in hip-hop’s development as both a genre and culture.

Inspired by the dancehall environments and toasting witnessed in his hometown of Kingston, Jamaica, Kool Herc would extend the break section of a funk or soul song by switching back and forth between two copies of the same record, while engaging with dancers using the mic in a call-and-response routine.

The collaborative style of DJing developed Kool Herc and later perfected by DJ Grandmaster Flash and emcee Kurtis Blow, became the blueprint for hip-hop production. In 1979, a string of records considered hip-hop were released, bringing the sampled-based sound from New York’s African-American music community to record shops around the world.

Sugarhill Gang’s “Rapper’s Delight,” based on a sampled riff from Chic’s “Good Times” is the most notable release from this time. In addition to becoming one of the first successful hip-hop songs, charting in US, Canada, the UK, it also began the still topical debate on authorship and ownership in music. Chic would eventually sue Sugarhill Records for copyright infringement, and rapper Grandmaster Cas accused the group of stealing his lyrics. 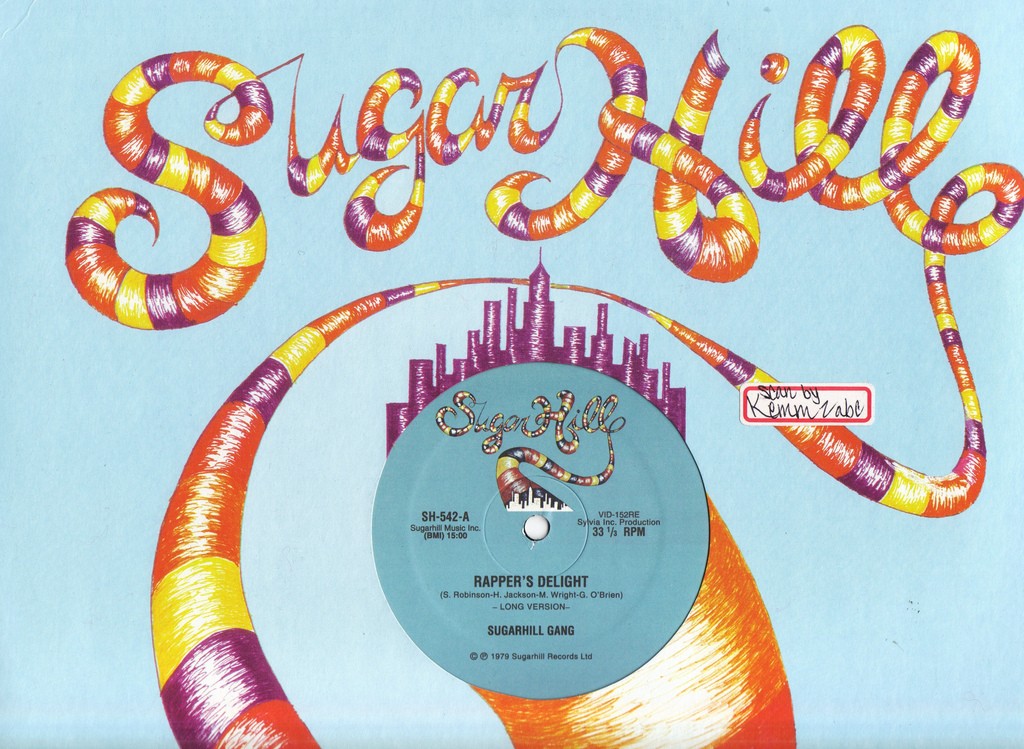 Although some 1970s hip-hop productions included backing musicians, the turntable was the main instrument. The creativity of hip-hop was in the process of recording and stitching together bits of existing sounds, just as much as any of the musical elements themselves.

Hip-hop’s love affair with the 808 is as strong as ever today. Trap music, comfortably positioned at the top of streaming charts, makes heavy use of 808 kicks, snares, and hi-hats.

The Emu SP-1200, released in 1987 was one of the first commercially available and affordable digital samplers. Its low sampling rate of 26.04 Hz (!!) was influential in the development of the gritty New York hip-hop sound between 1985–1995.

One year later, the first Akai MPC model, the MPC60, came along. It became a hugely popular machine among hip-hop producers due to its long sample time (13 seconds compared to 2.5 seconds on the SP-1200), unique sonic character, and real-time programming capabilities. DJ Shadow’s use of the MPC60 to produce almost the entirely of his 1996 debut album Endtroducing… helped elevate sampling to art form status and spawn the instrumental hip-hop movement. While sampling had been explored many years earlier by electroacoustic pioneers like Pierre Schaeffer and Karlheinz Stockhausen, and even the Beatles, but it had not been used to create entire songs aimed at mainstream audiences.

2. The rise of the gangster persona and sound

By the mid-1980s, hip-hop had dropped its funk influences and turned toward rock for both style and samples. Punk guitarist-turned-Def Jam producer Rick Rubin drove this change. His sparse productions blending hard-hitting, guitars, and turntablism pushed artists like LL Cool J, and groups such as Beastie Boys, Run-D.M.C., and Public Enemy into mainstream success and diversified the hip-hop sound.

Sonics aside, the music made by Rubin during this time was intended for mainstream audiences. Unlike lengthy early hip-hop tracks intended for DJs, his productions were between three and four minutes so they could more easily gain airplay.

The politically charged lyrics and aggressive sound design explored in the records above lay the the foundation for the gangsta rap sound, perhaps best summed up by Los-Angeles group N.W.A.’s debut album Straight Outta Compton, released in 1988.

The album’s production, handled by N.W.A. member Dr. Dre, made use of mostly sampled breaks, 808s, horn stabs, and funk guitar samples recreated by musicians. While it’s considered groundbreaking mostly for its taboo and often violent lyrical material, the album is worth a re-listen just to hear Dr. Dre’s razor-sharp sample edits, wide panning, and balanced mix capable of handling up to six rappers’ distinct voices, with sometimes two or three raising hell at the same time.

Despite being refused radio airplay and receiving condemnation from government and religious organizations, “Straight Outta Compton” went triple platinum, and the gangster persona and related lyrics would became the driving force of hip-hop sales for years to come. 1990s hip-hop was dominated by the feud between the artists and fans of East Coast and West Coast music, record labels Death Row and Bad Boy, and rappers Tupac and Biggie. The stories that rappers could tell and the image they could portray remained limited until the early 2000s. The dependance on major record labels to achieve success and establish a fanbase meant that even the most financially successful rappers during this time, like Jay-Z, Snoop Dogg, and 50 Cent, had to maintain their gangster persona.

That being said, there was still truth in this subgenre of hip-hop. By openly discussing political, social, and racial issues rarely brought up in public forums, hip-hop artists forced listeners to think more critically.

Daisy age, a catchall for chilled-out 1990s hip-hop that either criticized or ignored gangsta rap, was pioneered by New York-based groups like a Tribe Called Quest and De La Soul. Their music was characterized by eclectic sampling, experimental sound design, a wide range of new lyrical topics including spirituality, activism, and technology.

On ATCQ’s sophomore album Low End Theory, released in 1992, producer Q-Tip was praised for the high-quality production and use laid-back bebop samples. While this light-hearted, quirky style of hip-hop only remained popular for a few years, it would set the foundation for the transition from gangsta rap to the introspective, stylistically-broad music of Kanye West and his peers during the early and mid-2000s.

The expanding tastes of music consumers due to Internet music sharing made it easier for hip-hop artists to find success exploring new directions and narratives outside of the traditional hardcare-gangster moulds. West’s winning of the 2007 album sales competition with 50 Cent is representative of this. Hip-hop came to accept influences as far-ranging as indie, gospel, electronic and classical, introducing new tempos and atmospheres to the genre.

Additionally, the popularity of Erykah Badu and Lauryn Hill’s smooth neo soul—a descendent of R&B with strong female presence—provided an alternative for male artists uninterested with the hedonism of hip-hop to explore more vulnerable themes like heartbreak.

Today, it’s considered normal to share unfinished productions on Soundcloud. The practice of demoing rough instrumentals and sketches dates back to late 1990s hip-hop, when up-and-coming producers would use beat tapes (you know, recorded to cassette) to show off their skills to emcees and labels in hopes of getting signed for a release. While originally intended for listening between friends and record executives, the tapes (and eventually CDs) made by these two producers made their way into the hands of the public, introducing the world to a new format for music: twenty to thirty minute collections of short loop-based instrumentals, often peppered with dialogue from movies and comedy skits. The unwanted sharing of these tapes led producers like J Dilla to tag their beats with audio indents, a trend which has not yet disappeared with the new generation.

During the Myspace era of 2004–2007, the beat tape took on a new life with releases from Onra and Hudson Mohawke, the latter using his email as a tag.

The LA beat scene, led by artists like Flying Lotus, can be seen as a homage to these two beat smiths. While the off-kilter drums and freakish sampling material of the LA scene goes beyond the initial influence, the lineage can be traced back to J Dilla and Madlib.

5. Atlanta’s emergence as a hip-hop hub

Most the the attention given to hip-hop from the 1970s to 1990s was focused on New York, but by the mid-1990s Atlanta has emerged as a powerful new industry player.

From 1994–2004, the alien funk produced by OutKast was a melange of influences ranging from including dub, and psychedelia, and rave, the first hip-hop to openly do so. Even with success, they continued to experiment with unconventional sounds, for example, using historically Southern instruments like the harmonica on “Rosa Parks.”

While OutKast earned success and praise from critics, it was the Trap movement that really put Atlanta on the map. Beginning in 2001, Young Jeezy, Gucci Mane and T.I. presented a dramatic, synthesized form of hip-hop built around the 808 drum, roaring sub bass, and cascading percussion fills.

Some considered Trap a revival of west coast gangsta rap, given its occupation with Atlanta’s crime and drug trade. Naturally, the genre received heavy scrutiny from media. Perhaps more interesting than the music itself, however, was the way it was (and still is) marketed. Trap artists took full advantage of the Internet to distribute their music, often releasing multiple albums independently for free within short periods of time, driving lots of interest and sometimes, confusion. With this, the barriers to enter the music industry were lowered—a change that now makes it possible for all manner of music artists to quickly achieve (and lose) fame.

The maximalist style of production honed by Lex Luger, Mike WiLL Made-It, and Metro Boomin now sits squarely in the middle of American culture, regularly intersecting with EDM and Pop.

The future of hip-hop

Both the message and sound of hip-hop has greatly changed since the 1970s. While genres like house and techno typically enjoy revisiting older themes in music production (aka the 90s), hip-hop has maintained a forward direction since its inception.

The history of hip-hop production can take an entire school semester to be taught, so we realize that this is not the full picture, but an overview of five important developments that pushed the genre to where it is today.