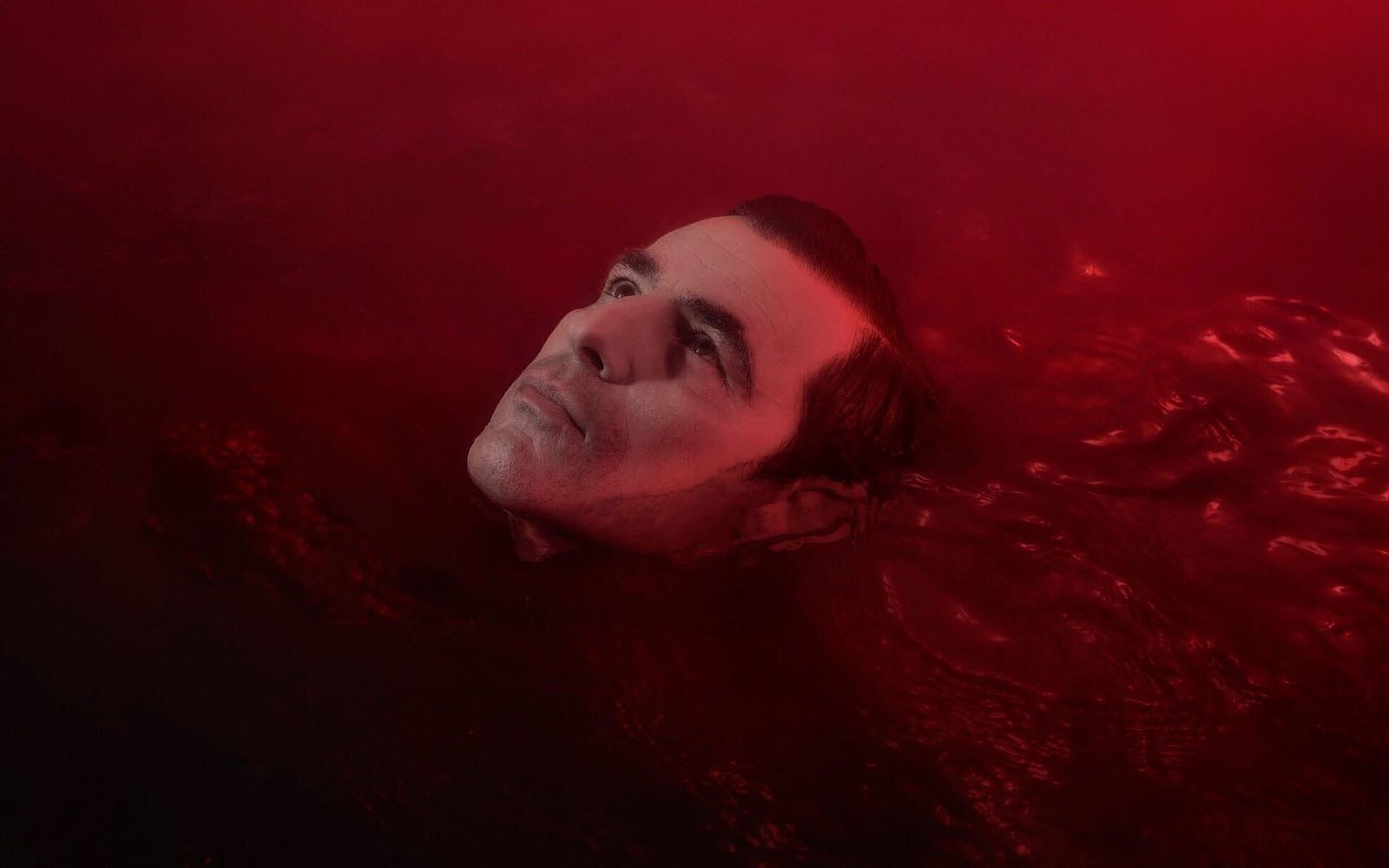 In my work, I often turn to RX as a tool for creative sound design rather than just repairing audio. For this example, we’re going to look at one of the stranger things I was asked to provide for David Arnold, who composed the score with Michael Price for Netflix’s Dracula.

David wanted some playable melodic patches made out of the worst sound he could think of—crying babies. So now I have to figure out how to do this. Is it even possible? Let’s find out!

In this article, we’ll be covering another sound design application for RX, using it to create this playable instrument from samples of babies crying.

The first thing I did was hit up the production sound department for any sounds they might have in their arsenal. Two hours later, a folder arrived with a bunch of files of crying babies which I auditioned—how fun!—and picked out ten or so that I thought might work.

Here’s one of those files in its raw state: To start, I knew I had to flatten the file’s pitch contour if it was going to be of any use in a playable patch. All the examples I received had varying amounts of pitch displacement.

I thought I could correct the pitch in something like Celemony’s Melodyne, but this produced a really robotic result that wouldn’t be usable as an instrument patch. I needed a more organic way to flatten the pitch while still retaining the recording’s human element.

So of course it turned out that Variable Pitch in RX is the perfect tool for this kind of work—Dialogue Contour works well for adjusting pitch contour in spoken performances. Using the Contour Curve Nodes, I could easily create an inverse pitch curve in relation to what I was seeing in the Spectrogram. I also used the Preserve Timing option at this stage so my pitch alterations wouldn’t affect the length and speed of the file. After some trial and error, I found I could straighten the pitch out in a really organic way, and with very few audio artifacts. After some more tweaking in Variable Pitch, I had a result that I was happy with. I pitched the clip down—to make it a bit longer, so without Preserve Time—then trimmed it a bit. 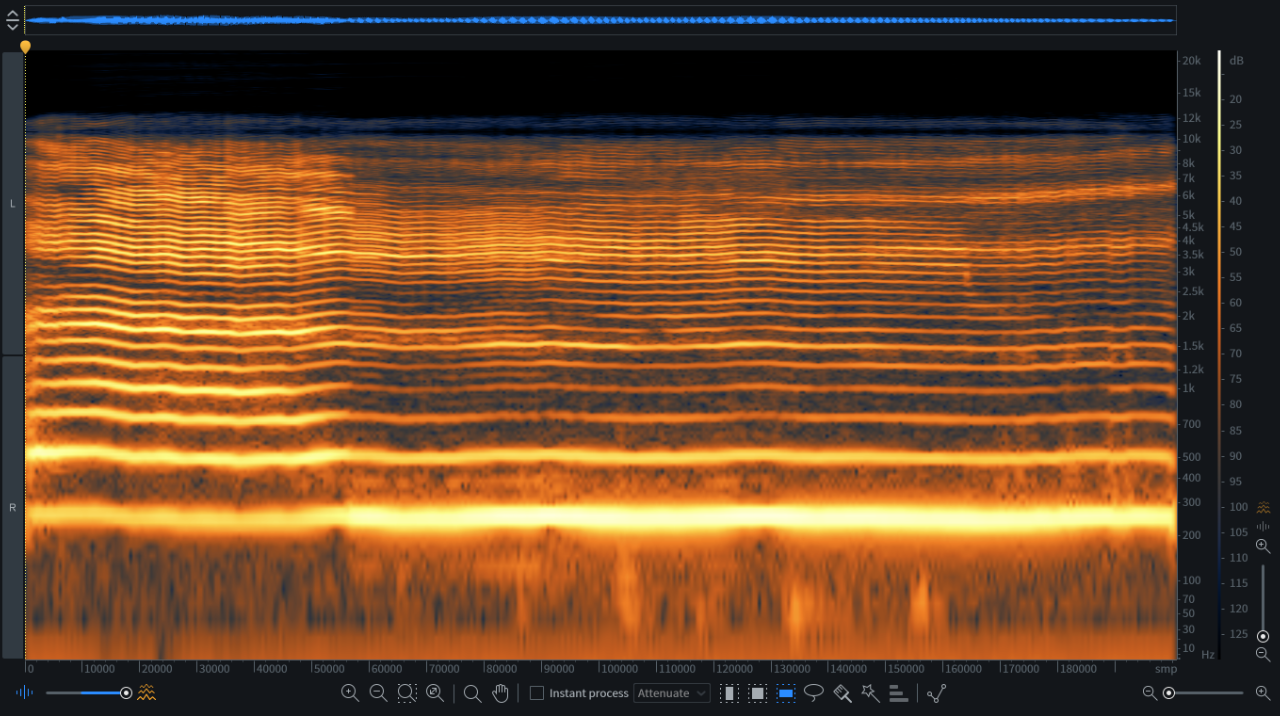 The final tweaked audio that goes to the sampler

I then exported this audio and placed it in a Kontakt instrument template that I’d made for the patches, which I could share with David and Michael. In fact, this example was eventually named “Wailing Baby,” and is fairly prominent in the main titles of the show. The Wailing Baby patch is most prominent in the main titles. That’s one slick GUI!

Here it is in action—it definitely has a weird unnerving sound to it. The sample start was mapped to the mod wheel so you could skip some of the melodic information at the start of the sample and get a consistent pitch right away. This example is a mixture of two patches: “Wailing Baby” and “Weeping Baby.”

The more I experimented with this, the weirder it got. I got fairly quick at judging the pitch contouring in Variable Pitch, to the point where I could get some melodies happening in most of the samples pretty fast. 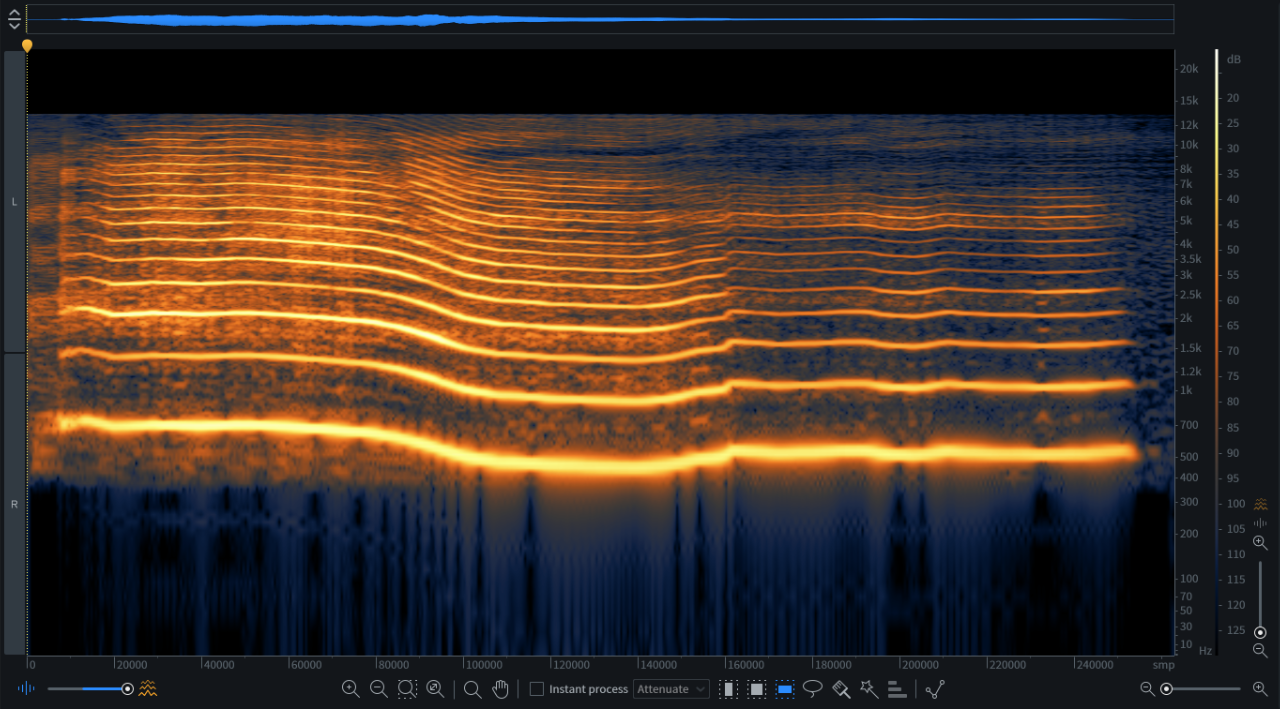 Here are some examples:

There were many other cases in which RX was really useful. For instance, some samples had such intense crying that I would get these white noise bursts—similar to metal vocalists! These could be easily removed with Spectral Repair in Partials + Noise mode.

Using Spectral Repair to repair blasts of noise in the samples

The Variable Pitch feature in RX was amazing for this part of the job, mainly down to the visual aspect of the pitch correction. Being able to bend the pitch in such an organic way made it a pleasure to use. Give it a shot on your next project and see what crazy sounds you can come up with!