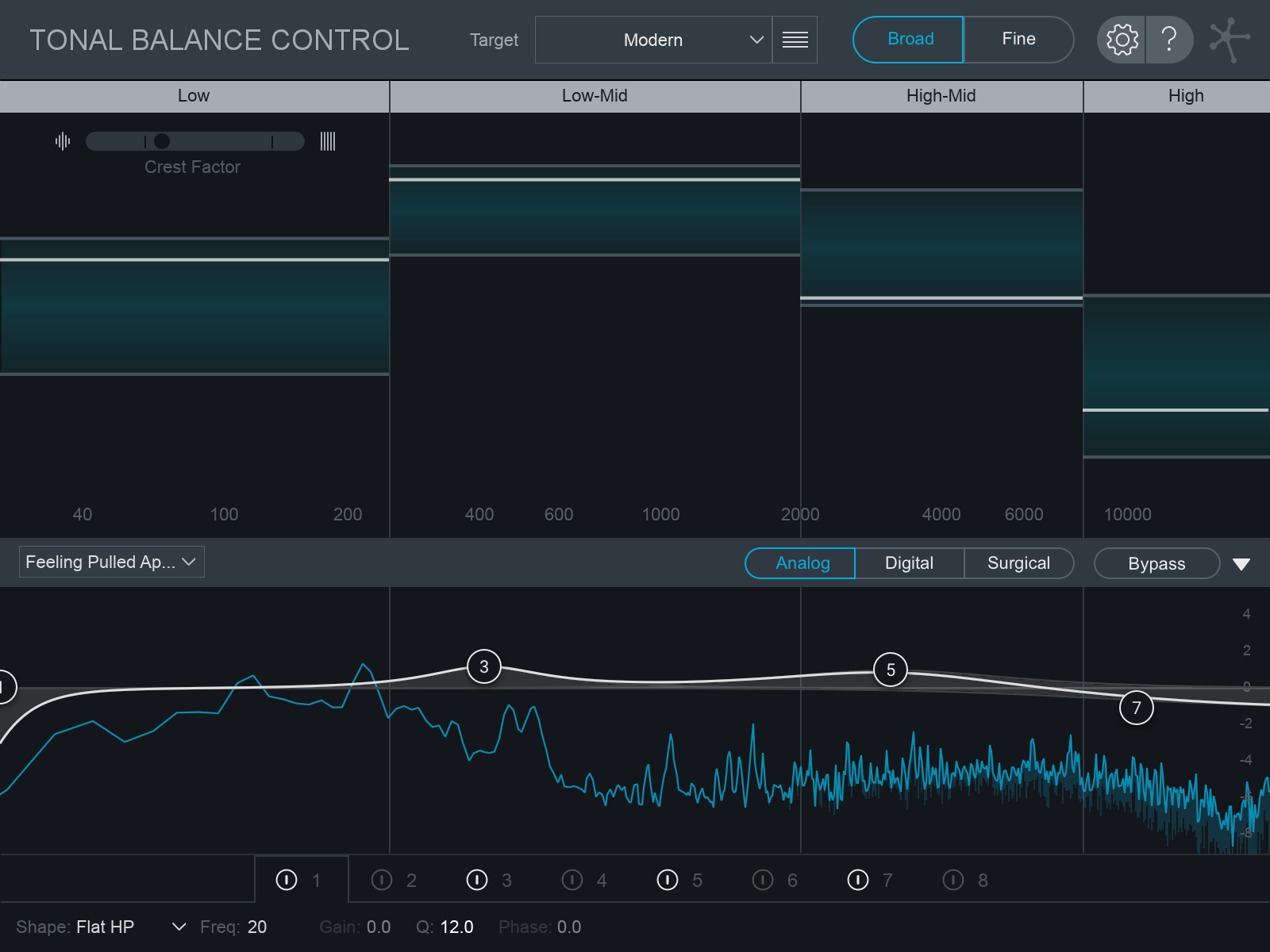 In multitrack recordings, the sounds of each track interact with the sounds of other tracks; in other words, hearing two tracks in combination is an entirely different experience than hearing each track individually. Here are just a few scenarios where that’s true:

Since music is so interactive, it makes sense that plug-ins should be too, so that musicians and audio engineers can craft the best listening experiences possible. This one of the main reasons for developing inter-plugin communication at iZotope.

A Short History of Inter-plugin Communication at iZotope

At iZotope, we first dipped our toes into the inter-plugin communication waters with Ozone 5's Meter Bridge feature, which let you see a complete picture of your mix by placing "Meter Taps" on each of your tracks. These Meter Taps sent audio data to Ozone, where you could see a spectrogram representing how each track inhabited your frequency spectrum. Seeing this data from individual tracks side-by-side with information about your master track sought to help identify the origin of problems in the master. This suite of inter-plugin and master track metering features was later expanded into its own product, named Insight.

Inter-plugin communication took two major steps forward with the release of Neutron's Masking Meter: psychoacoustic analysis and inter-plugin control. Rather than simply displaying where frequencies overlap, the Masking Meter used research into the science of hearing to display how the ear perceives two tracks sounding together. For example, without leaving a single plug-in window, you could understand how and where your lead vocal is being masked by each of your guitar tracks.

Here’s quick video on how the new and improved Masking Meter works in Neutron 2:

In a world without inter-plugin communication, this sort of advanced cross-track analysis would have required you to perform complex routing operations inside your DAW every time you changed which pair of tracks you wanted to analyze. Neutron also introduced inter-plugin control; instead of just describing masking, Neutron also gave you the tools required to fix any problems you discovered. Inside the masking view, you could adjust the EQ of the master track without leaving your plug-in window. This combination of features allowed you to quickly find and fix any masking issues while saving you the tedium of constantly navigating between tracks.

Like Insight, the Tonal Balance Control displays global information about your master track alongside detailed information from each track. If you find something you don't like, you can investigate how each of your tracks may have contributed to the problem.

Like Neutron, Tonal Balance Control allows you to fix the problems in the place you found them. The EQ for each Neutron 2 and Ozone 8 in your session is adjustable from the Tonal Balance Control window. Often tonal balance problems at the mix level can originate from just one track or submix. In that case, the best fix is to surgically edit the EQ of the offending track or buss, rather than to make a sweeping adjustment to the EQ of the whole mix. The Tonal Balance Control's inter-process control facilitates this by letting you adjust the details of each track while seeing the zoomed-out view of your balance in the same window. Without inter-plugin control, you'd have to jump back and forth between the master track and the individual track windows, perhaps losing the focus on the bigger picture.

Another inter-plugin communication feature that allows you to keep the focus on the big picture is the Visual Mixer, which controls the pan and gain of each Neutron 2 instance, while displaying a clear visualization of where each track is positioned in relation to the others. Neutron 2 Advanced also includes the Mix Tap, the logical successor to Insight's Meter Tap, a lightweight and versatile plug-in that can communicate with Masking Meter, Tonal Balance Control, and Visual Mixer.

Read iZotope CEO Mark Ethier’s blog on why we created the Visual Mixer.

What’s Possible in the Future

In the future, I'm sure we'll see more of each of these approaches, and one can imagine more possibilities, too: maybe inter-plugin communication could allow us to analyze and automatically adjust settings on two different tracks to prevent masking or make them sound great together. Or, looking even further ahead, perhaps all the tracks could communicate with each other to create a great starting point for your mix.

For now, learn more about inter-plugin communication featured in Ozone 8 and Neutron 2 by checking out the O8N2 Bundle.