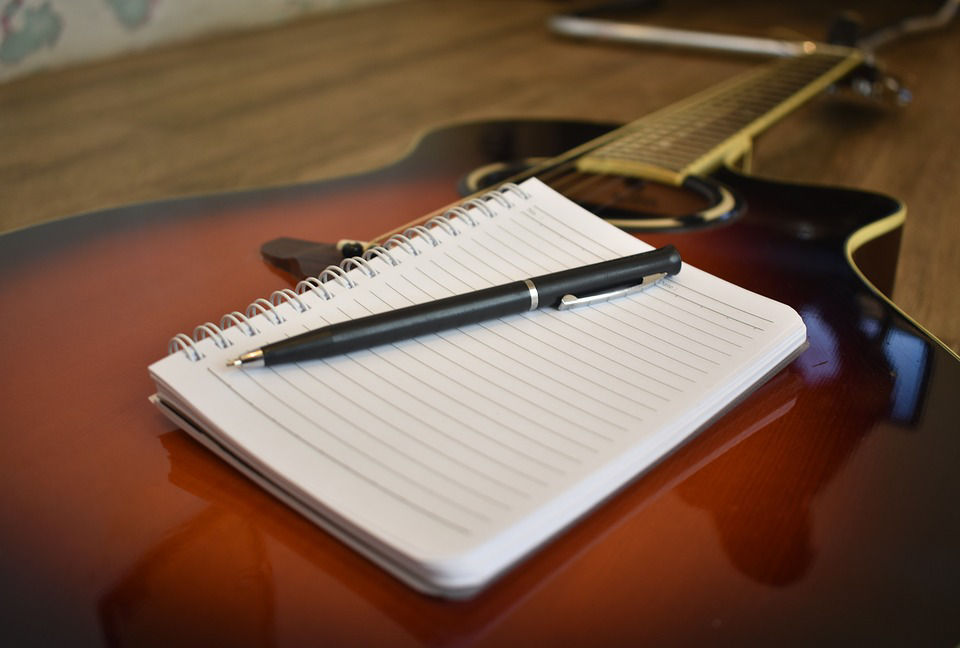 The bridge is arguably one of the most effective but commonly overlooked elements by budding songwriters.

Many musicians and songwriters create a bridge without realizing it—which is fine if it's functional. But, by brushing over the bridge without studying it further, you're missing key opportunities to make your good songs sound great.

To help you “take it to the bridge,” here we explore three essential tips for developing a solid bridge for your songs.

However, before we go any further, consider this:

What is a bridge in songwriting?

On a fundamental level, a songwriting bridge is a lot like a literal bridge in that it bridges the gap between two sections of a song. For example, a bridge can connect a verse and a chorus (this is also referred to as the pre-chorus or link), a verse and a “middle 8” (a version of a bridge that’s eight bars long), or connect two verses to add diversity, tension, or variety to the arrangement.

A bridge is a standalone part of a song. It can be repeated, or it can be utilized just once for impact. The bridge can be reflective, it can build up a song, raising in dynamics (volume and velocity) from the verse or chorus, and it can do the opposite, diminishing in volume to create a more moody, reflective, or understated section of a song.

Some songwriters use a bridge conservatively, others make them into an entire phrase, or even two. But, like all things in music, there are no hard and fast rules—as long as you understand the basics, you can let your creativity be your guide.

Whether you’re looking to develop a bridge as an enhanced pre-chorus (bridging the gap between your verse and chorus in a more meaningful way), or you’re looking to repeat it twice within the music, one of the best ways to make it inspiring is to introduce new chords.

It doesn’t have to be a radical key change. By rearranging elements of your verse or chorus and adding one or two fresh chords to formulate your bridge, your song will gain new direction, providing opportunities for new lyrics or instrumental parts or hooks.

An excellent example of this comes in the form of Ryan Adams’ “To Be Young (Is to Be Sad, Is To Be High).” Written in G major, this infectious track uses most of the chords within the key to create a fluid, almost honky-tonk country feel to the verse, pre-chorus and chorus.

When the bridge arrives (starting with the lyrics ‘oh the days…), the song becomes quieter, and the substitution of G major for a Gmaj7 in addition to the arrangement’s sole use of the Bm chord takes the song to a new dimension, benefiting from reflective, emotional lyrics that are augmented by warm harmonies.

This particular bridge goes to show that with slight by intentive chordal tweaks, you can add a whole new layer of depth to the song with less than 20 seconds of music.

When you change an existing chord progression for a bridge, or develop a new structure, more often than not you will shift your rhythmic pattern too. By pushing this natural change a little further, you can make a bridge stand out and help to shape your song’s journey from beginning to middle to end. Of course, you’ll want to remain on-tempo when you’re recording (check out how to set tempo with Spire):

As you’re developing a new rhythm for your bridge, think about how you would like to serve your song: would you like to bring it down or do you want the part to be flamboyant, driving your song to new, anthemic heights?

Working on the volume of your bridge will also serve to make your song all the more dynamic and, therefore, exciting. Remember, it doesn’t have to stay at one flat volume; you can make your bridge climax dynamically in the middle before dropping back down to the same level as the part that succeeds it—which is usually the verse or the chorus.

A prime example of a bridge that has stood the test of time is Marvin Gaye and Tammi Terrell's “Aint No Mountain High Enough.” Tune in at around one minute and 10 seconds, and listen as the bridge melodically attacks fresh from the chorus, complete with differing dynamics and a tweaked timing.

Immediately, the drums and bass double their beats per bar to punctuate the section, building to a dynamic crescendo—an approach that is repeated to round off the bridge and reintroduce the chorus. At the heart of the bridge, both Marvin and Tammi work in unison to raise the dynamics of their collective vocals while maintaining maximum melodic impact. The result? A timeless piece of music that is pure magic.

By using tips one and two to enhance your bridge-writing efforts, you'll soon begin to understand how these techniques open up a wealth of lyrical, melodic and creative ideas to you, almost instantly.

Once you've fine-tuned these ideas, you might find that you've touched on a part of your song's musical journey or lyrical narrative that you'll want to run with.

Should this be the case, go with it. If you find yourself brimming with guitar hooks, potential piano runs, or paragraphs of amazing lyrical content, experiment further with rhythmic and dynamic tweaks, dynamics, and chord phrasings. Your bridge could essentially become a song within a song, complete with a Part A and a Part B, taking your arrangement on a tangent that transforms it into something you never thought possible.

For epic bridge writing-based inspiration, there’s no better song to explore than The Beatles’ “A Day in The Life.” Tune in at around the two-minute mark and marvel at the tense crescendo before its release into a chapter into the song’s development—a part of its arrangement that the majority of fans remember over all of its other parts.

Not only does is this bridge a self-contained miniature masterpiece, but it’s jaunty notes, vivid lyrical imagery and cohesive layers of ambience work together to gives what was a dreamy, melancholic arrangement, a sense of hypnotic urgency—all the while fitting with the rest of the song like a missing puzzle piece.

Bonus tip: If you do write a worthy extended bridge, once you’ve recorded the core parts, you can use various tried and tested foley recording techniques to develop additional sonic layers that will make it stand out even more—much like a budding home-recording George Martin.

At its core, a bridge’s primary purpose is to create contrast from the rest of the song.

By using these bridge developing techniques to your advantage and taking the time to refine them, you'll begin to take your songwriting to a whole new dimension. Be patient, remain creative, and the bridges will come.

Now, we're going to leave you on a somewhat controversial note: if you find that you're forcing a bridge into your song or that your arrangement won’t benefit from its existence, don’t add one, or you can try exploring alternatives to writing a bridge.