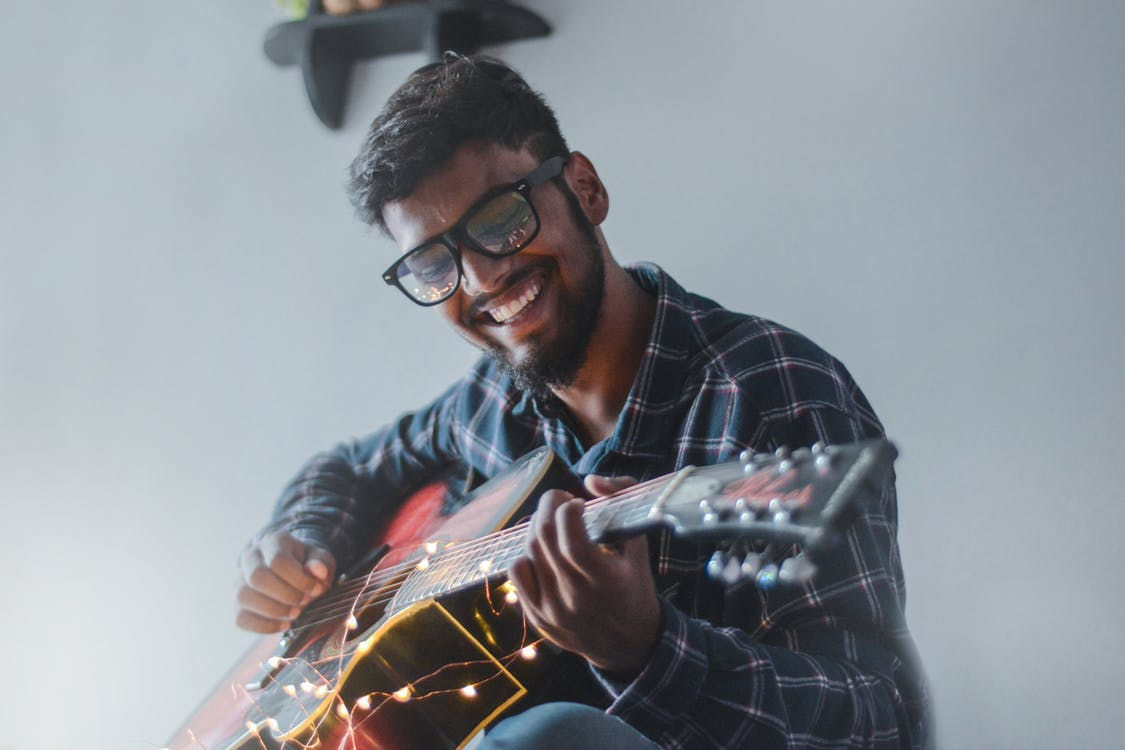 A bridge by definition is a structure that carries a path across an obstacle. It’s a transporter that gets us from point A to point B efficiently and effectively. In most instances, we refer to bridges in the realm of infrastructure, but when they are referred to in a musical sense, their definition doesn’t really change.

A musical bridge is a passage of music that contrasts the verse and the chorus, and is generally used to take the listener from one section to the next.

In most popular western music, the bridge is usually found after the second chorus, and transitions into the last chorus. However, there are instances where a bridge can just be considered as a contrasting section. Remember when James Brown asked Bobby if he should “take it to the bridge!”? Or when Timbaland shouts “take it to the bridge!” in Justin Timberlake’s “Sexyback?” While those sections aren’t technically bridges (the ladder actually being a pre-chorus), the idea behind their phrases is to shift into a new section.

Throughout history, there have been some bridges that withstand the test of time (don’t lie; you know every word in “Oops!...I Did It Again”), but that doesn’t necessarily mean that they’re totally essential. In fact, it’s perfectly acceptable to move forward with a song that only has two sections; adding a third section to accompany verses and choruses has the potential to feel overstuffed.

If you find yourself struggling to write a bridge, try exploring these five alternatives to a bridge that can be equally, if not more effective.

Scores of now-classic solos have been used to replace a bridge section—just think of guitar greats like Hendrix, Page, Clapton, or perhaps drummers like Bonham or Peart—but the art of the solo generally died down from popular music in the 1980s and 1990s to make way for more streamlined and accessible song structures. Now that’s not to say the solo disappeared forever; in fact, it’s made quite a comeback.

M83’s epic 2011 synth-pop hit “Midnight City” made saxophone solos cool again. In Justin Bieber’s “Love Yourself,” the only other instrument besides a guitar is a trumpet solo in place of a bridge. And let’s be honest—we will never forget the iconic guitar solo in “Seven Nation Army.”

Take a look at Weezer’s Los Angeles anthem “Beverly Hills.” Weezer keep the arrangement streamlined by perpetuating the song’s plodding groove and tossing a catchy guitar solo over the chorus chord progression. A bridge would present the opportunity to detract from the very basic function of the song, which is to uphold an easy and accessible party-like atmosphere. Point being, if your song has enough energy and enough intention in the verse and chorus, try adding a solo for an energetic effect. 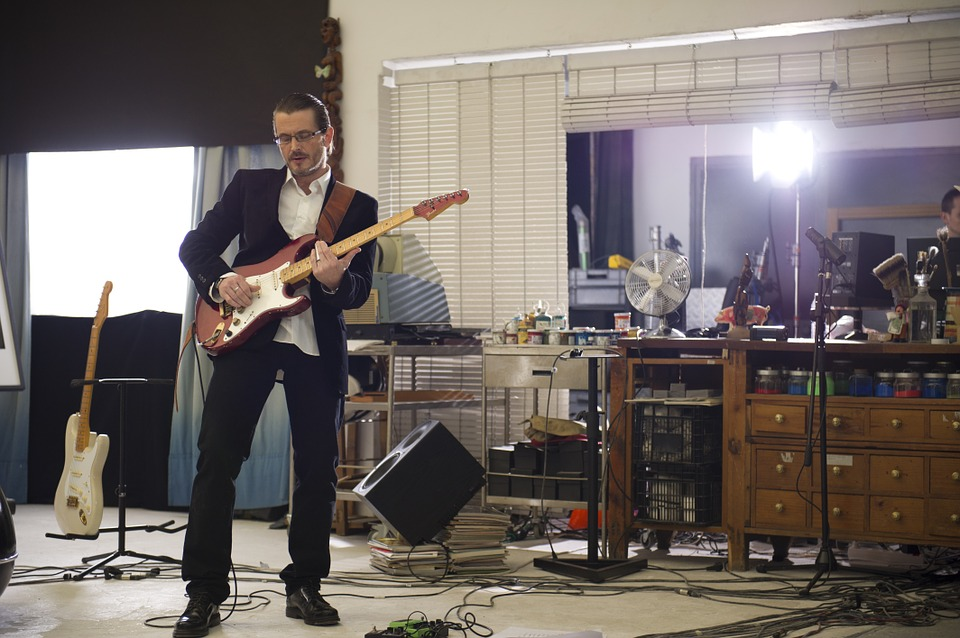 If solos aren’t your thing, there’s always the recycling method. Plenty of songs that don’t have a bridge section simply recycle other sections—usually either the intro or the pre-chorus—and repackage them with slight variations. It’s a simple trick that alludes to change but doesn’t actually offer any substantial differences.

Shakira’s breakthrough hit “Whenever, Wherever” returns back to an extended pre-chorus after the second chorus, the usual place for a bridge. Justin Timberlake’s “Cry Me A River,” follows this pattern as well, which features producer Timbaland repeating a single phrase over the pre-chorus chords. In the case of Finger Eleven’s “Paralyzer,” the section after the second chorus is an instrumental variation of the verse.

Sometimes the answer is as simple as quieting down. This is often the case with top 40 EDM songs from groups like The Chainsmokers. After the second chorus of their smash hit “Closer,” the dynamic shift deflates downward to lone vocal accompanied by the keyboard part. From there the song swells right back up to its volume climax. It’s a simple way to use volume and dynamics to create a sense of change while reinforcing the chorus melody.

Outside of EDM, other artists have experimented with dynamic shifts in place of a bridge. Fall Out Boy rearranged the chorus of “Sugar, We’re Going Down” to create the feel of a bridge by adding bombastic hits and an exaggerated build up. After De La Soul’s verse in Gorillaz’s “Feel Good Inc.,” the song gets reduced to an acoustic guitar as the chorus melody is sung.

A more vintage bridge alternative is to add an accappella chorus towards the end of the song. Acappella sections are highly effective in live situations (perhaps why it’s difficult to find studio examples), due to the encouragement of audience participation. Typically the accappella section would be the chorus, as it would typically contain the most memorable section of the song.

“Black Water” by The Doobie Brothers features a lengthy accappella section that takes the song from a solo section to the ending. In Led Zeppelin’s “The Ocean” Robert Plant takes an accappella break to separate two verses. It is by no means a common method, but it has been done before to create a special moment. 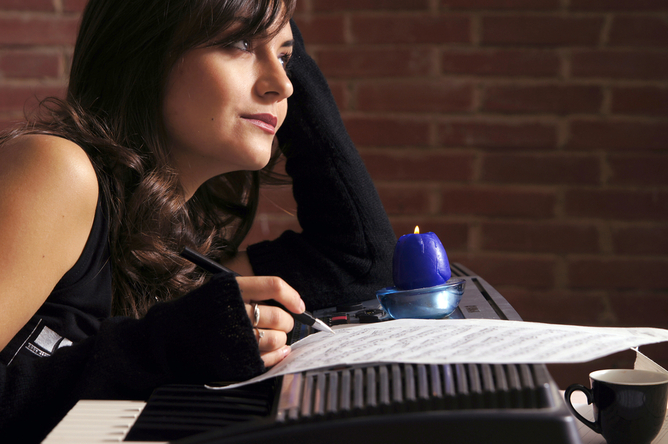 5. Return to the top

This is an alternative that works best if your song has a strong introduction. If your song begins with a riff overtop the verse chords which leads to the first verse, the simple variation of the riff over the chords instead of a vocal melody alludes to a sectional change. When the time comes for a bridge section, say, after the second chorus, you can return to the top of the song and use the intro as a bridge.

The song “Yellow” by Coldplay does just that. After the song’s second chorus, the band returns back to the top and finish the song on that section. Chris Martin uses a different vocal cadence, but the section is exactly the same as the intro.

The Fray’s “How To Save A Life” uses this method to separate the song’s second and third chorus. After the second chorus, the band dies down to the singular piano riff that is played in the intro, which then leads into the song’s poignant final chorus.

Let’s face it—not everyone can write a bridge like Brian Wilson’s in “Good Vibrations.” And to be perfectly honest, not everyone needs to! It’s important to remember that writing a musical bridge is strictly optional, and that you always have alternative options. Instead of trying to cram too many ideas into your song, try to objectively analyze the energy and message your song is bringing, and arrange accordingly, whether that be adding a solo or taking it back to the top. Happy writing.