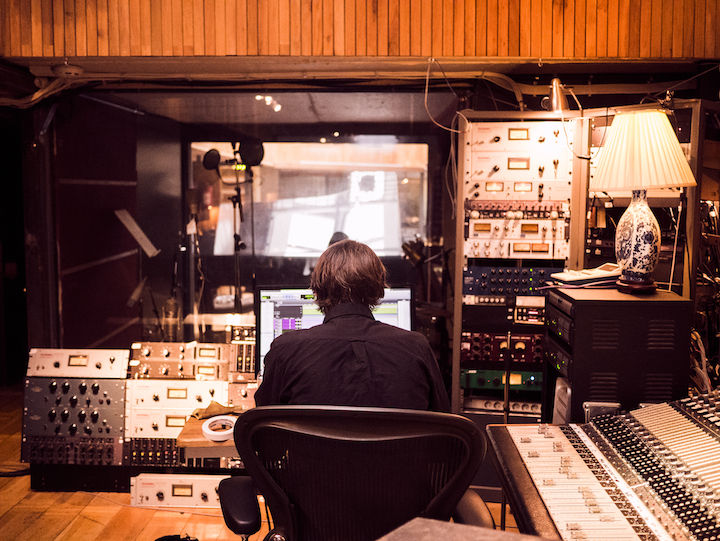 Everything that’s happened before the mixing and mastering processes affects the ways engineers can manipulate sound: the instruments’ unique tones, the microphones and their placement relative to amps, the size and structure of the recording room, the performance of the musicians the day they record—the list is nearly infinite.

How’s that for pressure to get everything right?

The best engineers take all of these factors into consideration and are able to make creative choices, rather than corrective ones. They shape songs not only so they sound great but so that something pleasantly unusual happens, sparking intrigue in the listener.

In this post, iZotope staff members share songs they think are brilliantly mixed and mastered so you can start making more creative choices.

The instrumental separation, definition of instruments within the stereo field, and sense of depth in Snarky Puppy’s Semente is mind-blowing. It’s such an engaging, lively sound that you can practically close your eyes and visualize where each instrumentalist is on the soundstage. The use of dynamic range is also exceedingly important in the sense of depth and clarity in this piece and ensures that the energy and vibrance of the performance shines.

This piece is a masterclass of effective panning and EQ for instrumental separation. Additionally, the availability of dynamic range (not over-compression) ensures this separation is maintained through the mixing and mastering stages. The dynamic range and smart EQ choices (along with effective use of reverb) also result in an exceptional sense of depth within the mix.

At iZotope, when we talk about a mix that's properly "glued together," this is a track that comes to mind. On “Colomb,” Jaar skillfully combines field recordings, software instruments, and vocals such that they all seem to sit in the same atmosphere. Disparate audio elements like running water and a basic clap do not conflict each other and confuse the listener's sense of space—all while giving each element room to breathe by ensuring that no two instruments occupy the same space on the frequency spectrum. When frequency conflicts may occur, Jaar uses panning to separate instruments, sometimes bouncing an instrument (such as the bass line) between left and right samples to avoid masking.

The combination of great musical performances and wonderful transient, rhythmic and tonal sonic qualities are why this mix is one of my top go-to reference mixes when evaluating the acoustical properties of a playback medium or listening space. It’s a masterclass in balance, all-the-more impressive given it was live-tracked in the same acoustic space, with only a couple of solo overdubs.

Live-tracking an entire band certainly has it’s challenges, as musicians risk overplaying, and technically, a good sound may be hard to achieve with bleed everywhere. But if you nail the vibe, it’s magic. I talked with producer Jay Joyce, who tracked/engineered the record along with engineer Jason Hall, to hear more about how they did it.

Joyce placed Derek Trucks (dobro/electric guitar) in a lively sounding bathroom hallway, close mic’d with a Royer 121 for warmth along with a distantly positioned Neumann SM-69 stereo tube mic to capture the bright, reflective nature of the hallway. He had Mike Mattison (lead vox) reasonably well isolated, and the rest of the band shared the same live room. Jay spent a lot of time adjusting mic positioning and preamp choices/levels (a Neve preamp into a Sony DMX console), and as a result, what he recorded was well balanced and is almost exactly the same as the final mix. This is an excellent example of how good microphone technique can make all the difference: the audible vitality of the dobro and immersive space and presence of the rest of the band was all achieved on the way into Pro Tools. Jay did almost no mixing after the fact, other than adding some vocal gain riding, and some tape slap.

The low end is a shining example of good bass management, with bass as a supporting role. Here, the marímbula, a Caribbean bass instrument, is the glue that ties the mix together. It's strong, warm, and round below 200 Hz and has percussive but minimal tonal bite between 500 Hz - 2 kHz. It's audible, impactful, yet stays completely out of the way of the more mid-range focussed voice/guitar/percussion elements. With bass, less is often more.

Jay mentioned this record was cut in his house, a split level ranch (so the live room was partially below ground—fewer reflective glass surfaces), during a hot Nashville August day without A/C. This mix is truly a great example of tasteful musicianship and sonic craftsmanship, and though made by professionals (I mean, Derek Trucks was able to make even a fibreglass Supro Folkstar Resonator guitar sound good here), serves to highlight great records can be made at home.

My favorite thing about the mix for this track (and Johannes' style in general) is how the sound design is inseparable from the mixing process. Different frequency bands seem to line up with specific instruments almost one to one. Each part is given its own sense of space by using different reverb parameters and send amounts (ranging from totally dry to almost wholly obscured by reflections). Moments of extreme density or variety are quickly contrasted with pauses or repetition for balance, with each section receiving its own treatment in the mix according to its compositional purpose.

For electronic music producers who mix their own tracks, I think this track is a great example of solving mix problems well before the mixing stage. If all of the elements of a song's production are at your discretion, why not take the time to strategize rhythms and harmonies that will dovetail into your sound design, or timbral and pitch modulation that will dovetail into your mixing? This is also a great example of how this approach to composition and mixing doesn't have to be the dry, academic exercise that it may sound like, and that vertically-integrated production can result in something that sounds funky and vibey just as easily as it can result in something that sounds like Stockhausen.

Song: "Dusk" by Werkha (self produced)

In this track, disparate acoustic and electronic elements are brought together to form an experience that is both emotionally impactful and groovy. This is a difficult combination to achieve in a song or a mix. It is easy to seem insincere with an emotional appeal in a track that already has a steady, electronic groove, but this mix pulls it off. This is due to:

At the end of the day, even if you have the best recording and mix, it’s not going to matter if the performers aren’t delivering emotionally and technically. The string players and the vocalist display a candid affectation that helps glue the track together, which probably made the mixing process much easier.

The samples with which Werkha chooses to create the groove in this track complement the acoustic elements. Acoustic drum samples with a natural tail hold down the drive and sound as if they are in a similar space as the strings. The more “sample-sounding” elements of the groove are interesting and organic because of the envelope manipulation—they never sound exactly the same.

The acoustic elements of the track sit in a more natural place in the stereo spectrum. Vocals in the center and strings are only panned slightly to give the vibe of a chamber performance where the players are seated closely together. This leaves room for the sampled elements of the track to take up more of the far ends of the stereo spectrum with hard panned reverb tails and sample manipulation.

The strings are not only beautifully played but beautifully recorded. Mic placement is not too close, so as to not pick up too much string noise, and not too far, to avoid too much room sound. The perfect medium is found where the listener can feel the emotional intimacy of a closely mic’d performance without the harshness of a closely mic’d string instrument.