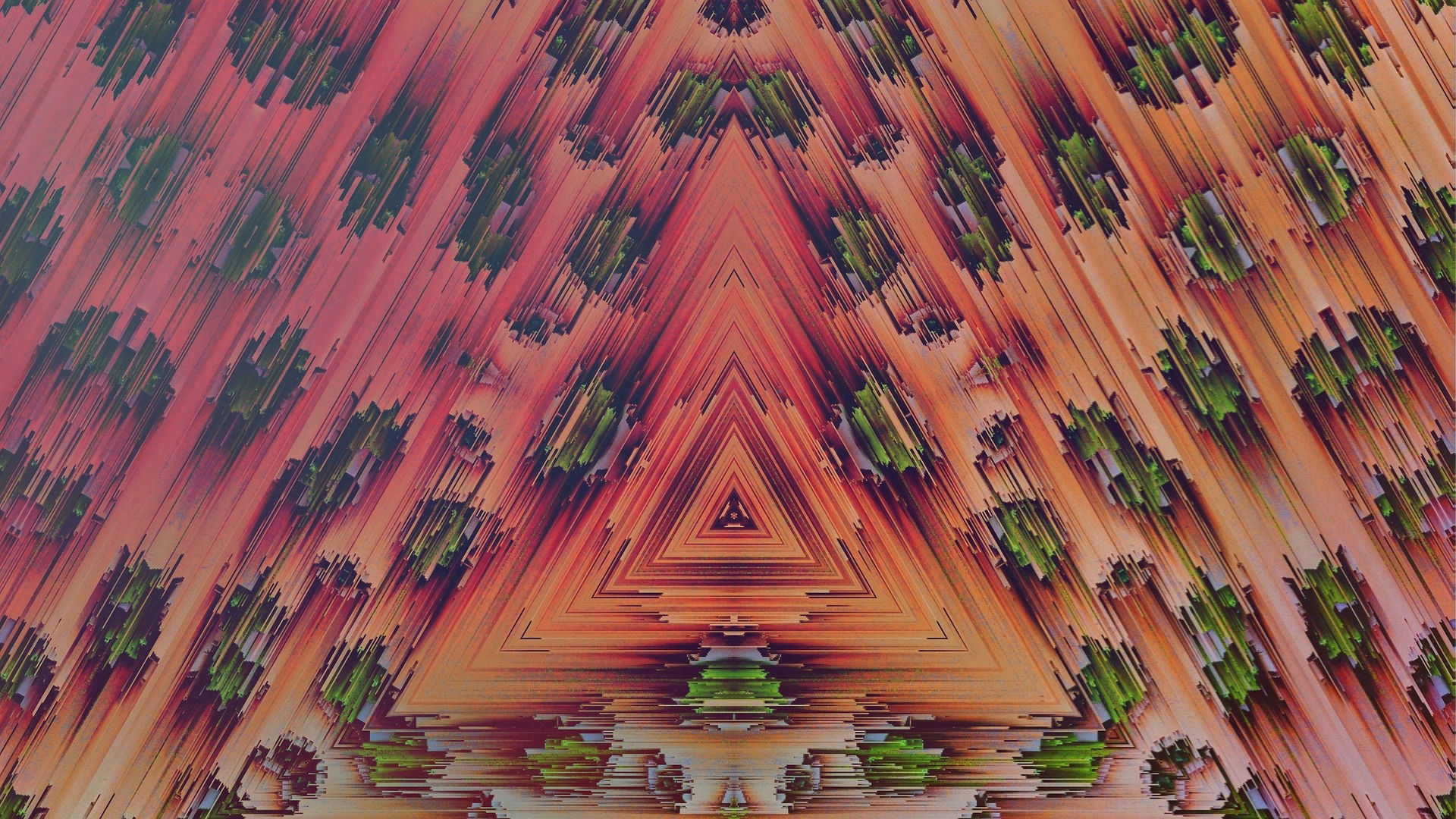 Music critics love genres. Whether praising or gutting an artist or scene, they’re handy identifiers for reviewing music. And the only thing music journalists love more than dropping a genre is creating one. Occasionally, as in the case of the so-called witch house subgenre, artists even pull them out of thin air for laughs, perhaps even as a way of screwing with music critics.

At any rate, these games have led to a lot of absurd sounding music subgenres. Some, like chillwave, are fairly descriptive. Others, such as hypnagogic pop, may raise a few eyebrows.

Below are are ten fairly obscure genres, some more so than others, with listenability ranging across the spectrum.

Back in 2001, American sound and visual artist Steven Roden coined and inadvertently created a genre of extreme and minimal form of ambient music that he called lowercase. On his album Forms of Paper, Roden handled various types of paper, recording the sounds before amplifying, stretching, looping, and otherwise affecting them until he generated a type of ambient electronic music. While Roden claims he had been making lowercase music since the mid-1980s, it wasn’t until 2002 that lowercase gained some attention from the press following the release of the compilation album Lowercase-Sound, which introduced the genre’s other artists to listeners.

Created for the Resonanzen exhibition in Saarbrucken, Germany, Roden’s “Bell Is The Truth (Berlin)” is a fine example of how beautiful and mesmerizing lowercase can be. For this performance, Roden tapped light bulbs together in total darkness, using their fragile glass surfaces and springs to create bell-like sounds.

This subgenre of hip hop seems like it came straight from the pen of a music critic. Attributed to the work of Push Button Objects, it blends glitch aesthetics and technique—lo-fi sounds, chopping, screwing, bit crushing, beat repeats, and other effects—with hip-hop. While its DNA later mutated into the psychedelic combinations of hip-hop and IDM heard by artists as distinct as Prefuse 73 and Flying Lotus, in recent years glitch hop has gone EDM through acts like The Glitch Mob, GRiZ, and others.

As far as genres go, folktronica might be one of the lamest sounding, but it’s also pretty descriptive. UK artist Bibio, who often blends electronic and folk or acoustic music, is a great example of folktronica (see: the 2005 Fi). Bibio’s influence on Boards of Canada manifested in the Scottish duo’s 2005 album, The Campfire Headphase, which is easily one of the best blends of folk (on the psych end) with electronic.

Other artists might include Alt-J, Animal Collective, The Books, and Caribou, though of course these artists are also playing in other genres. And given that electronic music has existed in popular music since the late 1960s, it’s certainly possible that it merged with folk on many other releases over the last five or six decades.

Not particularly well-known outside of its own community, Black MIDI is a musical genre wherein MIDI files are remixed and stuffed with thousands, millions, and even billions of notes. The black designation has to do with the fact that when so many notes are located near each other on a traditional two-stave piano score, they create a sort of black mess of characters.

Naturally, this YouTube scene leads to some insanely fast and maximalist compositions. Like many YouTube phenomenons, the black MIDI community is no small scene. On YouTube, these songs rack up millions of views, with people collaborating on each other’s compositions.

The originator of Black MIDI is said to be Shirasagi Yukki @ Kuro Yuki Gohan, who in 2009 created the first black MIDI, which was uploaded to Nico Nico Douga, a Japanese video site. The song is based on “U.N. Owen Was Her?,” the theme song for the Extra Stage Boss level stage in the Touhou Project, Shanghai Alice’s series of vertical-scrolling 2D shooting games. Nine years on, Yukki’s composition sounds almost primitive, with songs like “Necrofantasia 0.95 Billion (150 million) NO LAG” sounding like a video game score on speed.

Easily one of the most divisive micro-genres ever created, Vaporwave has drawn equal plaudits and venom from critics and music fans alike. Vaporwave artists were often as interested in visuals as the music itself, with album sleeves and videos that reveled in early 1990s computer imagery (think Geocities websites), Japanese lettering, checkerboard floors (and other 3D animations or stills), garrish pastel and neon colors, and nods to the cyberpunk genres. These musicians also sought to mashup various audio elements via sampling and software instruments and DAWs, incorporating everything from muzak and new wave to YouTube samples and even other micro-genres, like Chillwave.

The two albums commonly credited with laying down the genre’s sonic and conceptual framework were Chuck Person's 2010 LP Eccojams Vol. 1 (a Daniel Lopatin, aka Oneohtrix Point Never, side project) and Far Side Virtual (2011) by James Ferraro. While Lopatin sampled from 1980s pop songs and fused them with the 1992 video game Ecco the Dolphin, Ferraro aimed for “ringtone music” by sampling things like the Skype log-in sound and being inspired by Brian Eno-composed Windows 95 tone, though his music often could sound like Philip Glass or even the experimental electronic music of Laurie Anderson. While its day has come and gone, these two Vaporwave artists and others like Vektroid—whose album Flortal Shoppe under the Macintosh Plus moniker is perhaps the genre’s defining document—are still making and releasing new music.

As the name implies, there is a sort of atmospheric quality to musicians who work in the Cloud Rap genre. The emergence of this spaced-out subgenre of rap is commonly attributed to Lil B, whose 2009 album, Rain In England, featured the emcee rapping over ambient, New Age-style synthesizers, and dropping some nonsensical versus that was very Internet aware.

“Just Dream” is a great example of Lil B’s conception of cloud rap at work—ambient synth pads and notes swirling in stereo as he raps atop it. Yung Lean’s “Oreomilkshake” takes this aesthetic and adds a trap beat to it, and the effect is pretty fantastic.

Simpsonwave. Ah… a genre, like Black MIDI and Vaporwave, that could only really come into existence because of the Internet. A micro-genre of a micro-genre, Simpsonwave, which emerged in 2016, combines sampled audio and video from The Simpsons with Vaporwave’s obsession with 1990s internet aesthetics (heavy doses of pastel Tumblr colors), elevator muzak, electronic and new wave sounds, checkerboard floors, ancient Greek statues, and other bits of cultural detritus that could be mashed together.

A then 19-year old named British kid named Lucien Hughes was behind most of the Simpsonwave videos. As he told Paper magazine, he was drawn to the nostalgia of both The Simpsons and Vaporwave, and decided to make his own after seeing several by YouTube user midge, who had posted them on the Facebook group “Simpsons Shitposting.” While Simpsonwave isn’t a serious genre by any stretch of the imagination, some of the tracks can have a sort of tranquilizing effect on listeners, like “Homer’s Website.”

First of all, a definition. Hypnagogic means the state one is in just before falling asleep. But the actual definition bares little resemblance to its application with the genre of Hypnagogic Pop. Coined by UK journalist David Keenan, in a near-academic essay for The Wire, Hypnagogic Pop describes bands who plumbed the 1980s for sounds that they slowed down, looped, and heavily affected to create a dream-like psychedelia that was also (on a conceptual level) sort of meditation on cultural nostalgia and outdated technology (according to Keenan).

The aforementioned James Ferraro got lumped in with the Hypnagogic Pop crowd, as did Ariel Pink and C V L T S. Pink, however, is an outlier, as many of his songs are still firmly rooted in the pop song format, while C V L T S explored a more drone-like psychedelic sound.

There really isn’t anything house-like about the Witch House genre. Though coined as a joke by Travis Egedy (aka, Pictureplane), the artists who got pegged as being Witch House did have a somewhat identifiable sound—slow tempo, chopped and screwed songs that embrace goth, shoegaze, hip-hop, drone, noise, and even industrial. Outside of Pictureplane, artists like Clams Casino, Holy Other, and even Zola Jesus also got tagged with having elements of the Witch House sound.

Like many of the genres mentioned above, Witch House hasn’t endured. It took a few years, but eventually the genre flamed out, though this doesn’t make its sounds any less entrancing.

Imagine heavy metal mixed with anime and horror tropes—that’s Cute Metal. A combination of metal and J-Pop (Japanese pop), Cute Metal emerged in the early 2010s, and mixes the latter’s melodies and idol personas with the darker imagery of the former. The band that is credited with pioneering Cute Metal is the Japanese trio Babymetal, who also display musical elements familiar to EDM, with electronic beats that skitter, build, and then of course drop.