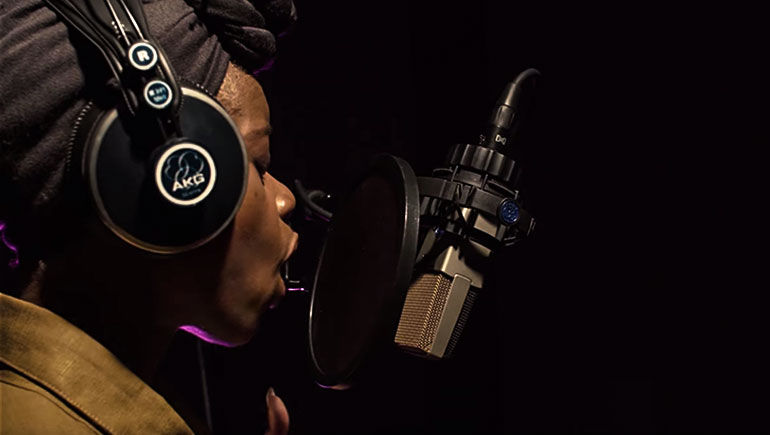 Take care of vocal editing, comping, and cleanup before mixing.

Between the twin pillars of recording vocals and mixing vocals lies the crucial, but sometimes overlooked, stage of editing vocals. To get your tracks into shape for mixing, it’s important to carefully analyze the material you’ve captured and perform any needed surgery or cleanup.

Since hard drives and additional memory are both relatively inexpensive, there’s really no reason not to capture extra versions of your singer’s performance. Aim to track the vocals of each song section between four and eight times—a nice round number that should give you plenty of raw material to draw from.

After working on each section individually, a singer has often rehearsed their way into a really strong performance. Once you’re sure you’ve grabbed solid stuff for every part of the song, ask for a few passes through the entire tune. Let it roll and don’t stop partway through if you hear anything wacky. By this point, you’ll already have plenty of backup takes, so the continuity of a few complete runs can make for a great starting point to comp from.

Once you’ve tracked everything, you can assemble the best versions of each section into a “top” take. Start with one of the strongest full takes and begin scrutinizing. It’s probably not necessary to go as deep as word-by-word, since the mood and spirit of a vocal delivery can get squashed through too much editing. It is common, though, to dig in line-by-line or section-by-section, depending on your singer, to assemble the most compelling complete version of the song’s vocals.

In order to avoid spending hour after hour comping together a vocal and losing sight of the bigger picture, be ruthless. Trust your gut: If a take of a particular line or word doesn’t immediately grab you, scratch it off the list and move on to the next take!

Dealing with the natural sounds of mouth machinery

Sometimes it can be tough to determine how hard to de-ess, or even whether you should at all. Listen to your mix at multiple playback levels for perspective. If you hear the esses jump out across a range of volumes, fire up a de-esser, like the De-esser module in Nectar 3.

It’s obvious but worth stating that a singer needs air in their lungs to sing, and sensitive vocal mics will easily pick up the sound of those incoming breaths between vocal lines. To avoid the tedious manually edit of those breaths, try to make use of a de-breath plug-in, like the Breath Control module in RX.

Mouth clicks and smacks can also distract from a vocal track. When you put a sensitive microphone close to a singer, you begin hearing the mechanical noises of the mouth that can become especially distracting if the vocal ends up very exposed in the mix. These sounds can be removed manually by reducing the level every time you see or hear a click in the vocal, or attenuated automatically using something like the Mouth De-click module in RX 7.

Once you’ve cleaned up the natural artifacts and glitches of the voice, things usually start sounding pretty good. At that point, switch gears to look at the performance characteristics that can be tidied up. There may be areas where the timing of the vocal is a bit off or the vocalist just missed the note they were going for. To compensate, utilize a pitch correction tool like the Pitch module in Nectar 3 to examine and finesse those moments. This will give you the ability to tighten up anything that may be off-pitch or off-time.

The goal here, though, isn’t to push things to a mechanical and inhuman vocal sound. You can go that creative route later with the voice, if that's what the song calls for, thanks to a number of available effects plug-ins. In this stage, though, any corrections should be purely in service to the performance. If there are small blemishes that push you out of the song when you hear them, they’re worth addressing. In the end—and in the mix—these corrected moments will rarely be heard, but the flaws you’re taking care of might have been.

If your vocalist absolutely killed it, but also overwhelmed the level you set, that take would usually be a no-go thanks to the crunch of an overdriven preamp. Using a declipper plug-in can redraw the waveform as it would have been before clipping occured. In many cases, this tool will let you hang onto a once-in-a-lifetime performance or get out of a jam if you didn’t catch the mistake while you were still in the moment.

It’s not uncommon to re-cut some sections of a vocal track days, weeks, or even months after the original session if some timing or performance issues come to light in relation to the surrounding instruments. The exact conditions of a session—from energy of the performance to room ambience to distance from the mic—are almost impossible to replicate from one day to the next. All of those factors can affect the ultimate sound you capture with a microphone, making it difficult to get the tones from the two sessions to coexist.

To finesse two takes from different sessions into being better neighbors in the mix, try a tool that includes room tone matching. In many cases, you’ll be able to get the ambience and tone of the two takes to sound more alike, especially once you find the right level for the vocal later on.

After you’ve gone through the process of corrective editing and comping of your lead vocal, there may be opportunities to add emphasis through careful additional editing.  Here are three possibilities you might consider:

While you might have one strong, comped vocal panned right up the middle during the verses, panning two different takes (or doubles) hard left and hard right during the choruses can help differentiate the sections. The mix for Ben Folds’ song “Cologne” on his 2008 record Way to Normal illustrates this point well. He also released the isolated stems for Way to Normal as part of the record Stems and Seeds, so you can listen to the vocal treatment and panning in detail.

Add delays and effects to individual words and phrases.

Are there certain words or phrases that need an extended delay or special treatment? Create a separate track and copy just these phrases in. For a delay effect, place copies right on the tempo grid where you want the delays to occur. For doubling effects, offset the copied audio by 50-200 milliseconds, or even create two, offset them by different amounts and pan them left and right. Now, you can add some extreme vocal effects that will be applied just to those certain words for emphasis, while letting the original vocal track stand out. Check these iZotope plug-ins out for interesting vocal effects:

Try copying your comped vocal to another track, and apply harmony automatically or by using MIDI input. You can also add just a sub-octave (one octave below) to give the vocal some extra growl and emphasis, or a super-octave (one octave above) to help the vocal sit on top of the mix. The Lightning Seed’s 1996 single “You Showed Me” gives a great example of both a sub-octave vocal and some spacey delay effects.

By carefully addressing the tactical and technical editing, clean up, and building of your vocal tracks, you’ll be better prepared for the more subjective next stage: mixing. Being systematic at this earlier stage let’s you cut down on context-shifting later, so that you can move on to mixing without also having to switch back to your problem solving brain mid-stream. Focus and clarity FTW!