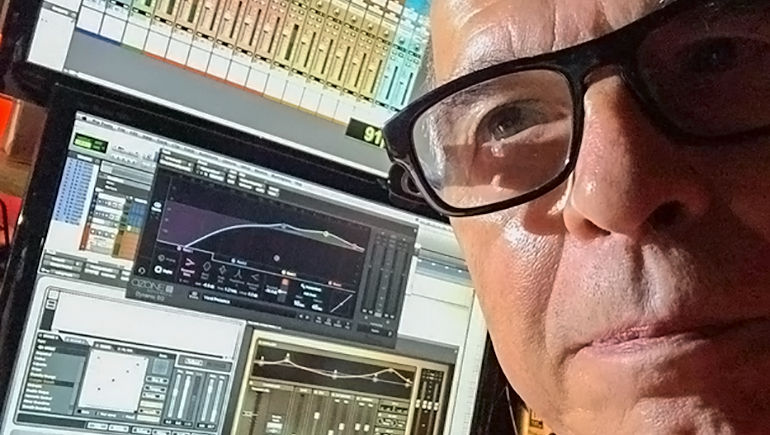 Producer, arranger, musician, mixer, exemplary collaborator—Tony Visconti is all of these. Visconti has been described as one of the most important producers in the history of rock. Here are just a few of the classic musical moments Visconti helped to create: “Get It On (Bang A Gong)” and “Cosmic Dancer” by T. Rex are true cornerstones of rock and roll. David Bowie’s “Young Americans,” “Heroes,” and “The Man Who Sold The World” are masterpieces. The Moody Blues’ “Your Wildest Dreams” and “I Know You’re Out There Somewhere” are indelibly etched into our collective memory. And there are so many more. The stereo Fairchild 670, considered by many to be the definitive mastering limiter,  is likely the most expensive compressor in the world and is the undisputed king of Variable-Mu tube limiting. “Vari-mu” here refers to the way in which the compression ratio changes dynamically in response to the signal level. The result is a distinct form of gradual compression which responds differently depending on the type and character of the input signal.

Weighing in at somewhere around 70 lbs, this 20-tube beast delivers across a range of applications. As many producers and radio stations from back in the day knew, its most famous trick is to bestow liquid gold (or glue) to the mix. The unfortunate downside of owning one of these rare pieces is the scarcity of replacement tubes (and matched pairs thereof) and the often-hefty ongoing maintenance costs.

One Question. One Answer.

iZotope asked Tony Visconti: “Maintenance aside, from an aesthetic or emotional perspective, what is it about the Fairchild in particular that sets it apart from other compressor/ limiters for you?”

“I only became aware of the Fairchild 660 compressor/limiter in the late ’60s when I finally put a name to that big black box screwed into a rack in Olympic Studios. Back in the days of direct to 1, 2, and 4 track tape, all microphones were sent to a chain of signal processing which included compression and EQ, usually in that order.”

“The idea of auto-level control was to make the music louder than the tape hiss (which was pretty loud). There was never a bank of Fairchilds in the racks, there were only two at the most, usually just one. They were expensive (even more expensive now). It was the go-to black box of sonic glue for the entire drum kit or the bass guitar, or even both if the engineer created a bus from the three or more mics he used on those instruments.”

“On a mixing session, still mostly in mono, it would be inserted at the bus output. This compressor was as equally responsible with tape recorders for that creamy, dreamy analog sound. It was analog incarnate as its guts were hand-wired and the signal was processed through a series of vacuum tubes (called valves in the UK, another baffling word I had to learn as an American abroad).”

“For a fairly early piece of high-end hi-fi, the beast was very versatile for having both lightning-fast attack times and widely variable release times. In the 1950s, I've been told by older engineers, the fast attack time was to prevent the blowout of transmitter transformers of AM radio stations. There was a ‘loudness war’ going on in those days too; every radio station wanted to be louder than the competition. A Fairchild strapped across the output before the final broadcast stage did the job admirably. Those nasty Pop records needed to be tamed and they couldn't be louder or softer than the DJ’s dulcet tones. This is what you still hear on any music radio station today.”

“Since my awareness of the Fairchild every one is probably spoken for, refurbished or not, and tons of money have exchange hands for them. They are beautiful. Immediately after my official introduction at Olympic studios by engineers Keith Grant and Glynn Johns, I remembered that I actually saw one in the disk cutting room of the publishing company that employed me as an assistant producer. I saw that it was indeed a Fairchild and it was used to cut acetate disks (this was the preferred format of demo delivery, years before the cassette was invented).”

“Although its purpose was to sell songs, I would often cut a disk of my latest production to hear how it sounded. When I begged my boss to let me have it for studio work he said I wasn't the only one who asked for it. He said he could never work without it as the person who set up the disk cutter had long left the company and no one knew how it was all wired up. He really couldn't work without this strange set up. It just worked! I couldn't have it.”

“Since then I've had my mitts on a Fairchild many times. It still has all the allure and danger of Darth Vader's helmet, especially when you just stare at it. Sonically you could do no better than to use one on a vocal, a bass, a stereo strapped pair on the mix bus and especially on a kick drum, as a 19-year old Geoff Emerick discovered recording the Beatles' Sgt. Pepper album.”

“The Fairchild is my sonic glue, it makes everything sound great. I have never owned one, yet I have used many; and now I have a high-end digital plug-in that sounds damn close to the real thing (don't kill me, I said, ‘Damn close.’)”