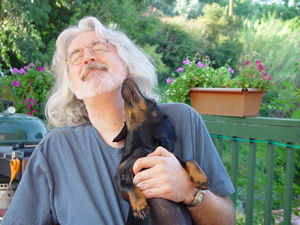 Engineer and Producer Reinhold Mack is best known for his work producing the legendary rock band, Queen, as well as his work with Extreme and Black Sabbath. In his interview, he talks about working with Queen, his creative uses of technology, as well as his new projects with SBB, Liquidmeat, and Julian Mack. 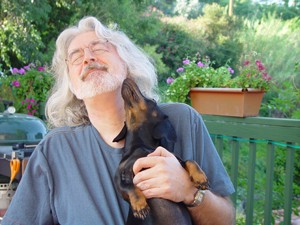 Tell us how you came to start working with the band Queen.

A fluke. I was working in Los Angeles with Gary Moore at the time. One day I had lunch with Giorgio Moroder. He mentioned rumors that I was supposed to go to Munich to work with Queen. Which was news to me. After calling the studios in Munich I was in a dilemma. Nobody knew anything about the sessions. So I figured [I would] take the trip. Worst case - a week and a ticket lost - no pain no gain. Luckily it worked out pretty good.

By the time you started working with Queen, they were a band with a very well-defined sound and approach. How did you fit into Queen as the "newcomer" to the band in the recording studio?

Not at all. They were set in their ways like pensioners. Their credo was, "this is how we are used to doing things." For instance editing songs together on 2-inch tape is always a little "iffy". Moving edits ends quickly in a tape looking like a zebra crossing which can cause problems passing the heads, losing top-end. And nobody had two or three 24 track machines around for assembly and offset editing, ending up two or three generations down. Anyway, it took a long time convincing the gentlemen to entertain the idea of punching in the whole band during tracking. You punch in doing vocals right? Yeah, but...hmmmm I don't know...how do we know where we are? You are wearing headphones right now while you are tracking, right? After that proposition went down well and was approved as "not too bad", the work flow became much easier. I had the advantage of being a fast decision maker compared to the band. I could always try things while people were pondering delicate details.

What was your working relationship with the band like?

Quite relaxed. The band came off a tour of Japan and had some time to spend before going back to England. So it just fell into the "right time, right place" category. The project did not start out as an album. It was a bunch of one- and two-week sessions. The first track we attempted was Crazy Little Thing Called Love. Freddie picked up an acoustic guitar and said, "quick, let's do this before Brian comes." About six hours later the track was done. The guitar solo was an overdub later on. Brian still hates me for making him use a Telecaster for the part. It was released as a pre-album single and went to number one. That obviously helped a great deal to inspire confidence and the working relationship tremendously.

What do you feel you brought to their music that was new or distinctively yours?

Bigger, wider, better I guess. Trying to experiment more, using technology creatively. "Another One Bites the Dust", for instance, is built on a drum loop. There was the main riff and a bunch of backwards piano notes, cymbal crashes and claps, some guitar fragments. Stuff everybody has in their sample library these days. It would be comparatively easy to build this thing today, if you had the right muse in the first place. The idea was less is more, and it worked pretty well. The band would have never contemplated going about recording in this manner, ever.

One of the defining characteristics of Queen was its eclecticism - Queen songs could be practically anything from a kitschy novelty number to a pounding arena anthem. What challenges did that present you as a producer?

Diplomacy. There were two camps of song writing: Freddie and Brian. Fred was easy. We thought along similar lines and it took him fifteen to twenty minutes to come up with something absolutely brilliant. Brian on the other hand would come up with a great idea, but get completely lost in insignificant details after the first rush of creativity. Keeping the focus and direction was difficult at the best of times with this mixture of personalities. Getting a track finished was the prime goal, not the flavor.

Is there a Queen track or album of which you are particularly proud?

The album Hotspace. It was about nine months ahead of its time. Very underrated, really hi tech. Hardly anybody played on it in real time. [It was] still all analogue. A commendable effort. Quite a few things were modeled after some of the stylistics of Hotspace tracks.

Your sound as a producer carried over to other projects as well – for instance Billy Squire's single "The Stroke" seemed to live in a similar sonic world as Queen's "Another One Bites the Dust." Can you tell us some of the nuts and bolts of what gives a track the distinctive "Mack" sound?

There might be some nuts. No bolts though. There is not really conceptual modeling or a mold of any kind going on. Sometimes I worry that stuff may sound weak and insipid. Consequently I am always torn between a lot of space on one side and complete overkill on the other.Not necessarily left and right. Making everything louder than everything else was always one of my fancies. Of course all in the best possible taste so you don't really notice it. Only when you are trying to analyze what makes it tick, you realize that it can't be done without breaking the law.

What do you think makes a great song? How do you as a producer make a great song into a great single or track on a record?

If I knew I wouldn't tell anybody. When everything is right and falls into place it is still not a guarantee for commercial success. You can only try harder to follow your gut feeling and don't look at what else is out there for comparison. You have to honestly like what you are doing or have done. And then to be in a comfortable position to play your efforts for anyone with minimal embarrassment factor. If it was an exact science everybody would be doing it and would become filthy rich.

Tell us a bit about projects you've been involved with lately.

Surround is the word. I am trying to do everything in 5.1 surround. Nothing has really changed in recording apart from plugins and gadgets in the last very long while, so I make it harder for myself. Recording and trying things like it was 1974, pushing the envelope in a favorable direction. Old amps, odd locations, such as an amp in the court yard between two walls for great slap delay. In terms of commercial work I have been doing an album with SBB, the biggest polish rock-fusion band for the last decade. [They are] real competent musicians, which are a rarity these days. [It was] recorded in Poland mixed here at home in 5.1 and stereo. It turned out exquisitely. It is available at the HMV in Tokyo. I did a remix for DTS Entertainment of the Megadeth Peace sells...But Who's Buying album in 24/96 (for the techies). Really hard rocking 5.1 surround sound.

Then, I did an album with Julian Mack also in 6.1 surround. Real surround multichannel recording, not just reverb and a tambourine from track 13 panned to the left rear. Everything has a real soundfield; one guitar with either six amps or one amp and six mics/tracks placed strategically. You easily reach two hundred tracks with a bit of triple tracking and tons of backing vocals and realize there are borders. Just when you thought you don't have to record a triangle in between kick drum beats to save tracks. I always had this vision in the analogue daze (days) that there should be small tracks for little things. Like a tambourine or shaker. These should use less space than an eighty piece symphony orchestra. Getting side tracked here. I did an album with Liquidmeat, [which was] quite a fresh breeze. Less is more and louder is better. A nice punk album. Everything is definitively at 11 at all times. Trash and Ozone did an amazing job there.

I use Ozone, Trash, Vinyl and Spectron. I came about Ozone first, [it is] extremely dangerous and addictive in small portions. Trash is great. I like to mangle things until they become something else. Sounds like a french horn, but no, its a blender with added 3rd harmonic vibrolytic distortion using Vinyl and Spectron in series. These are great helpers too. Endless possibilties and combinations. Easy interface. Of course [they have the] highest quality to achieve the fiercest distortion.