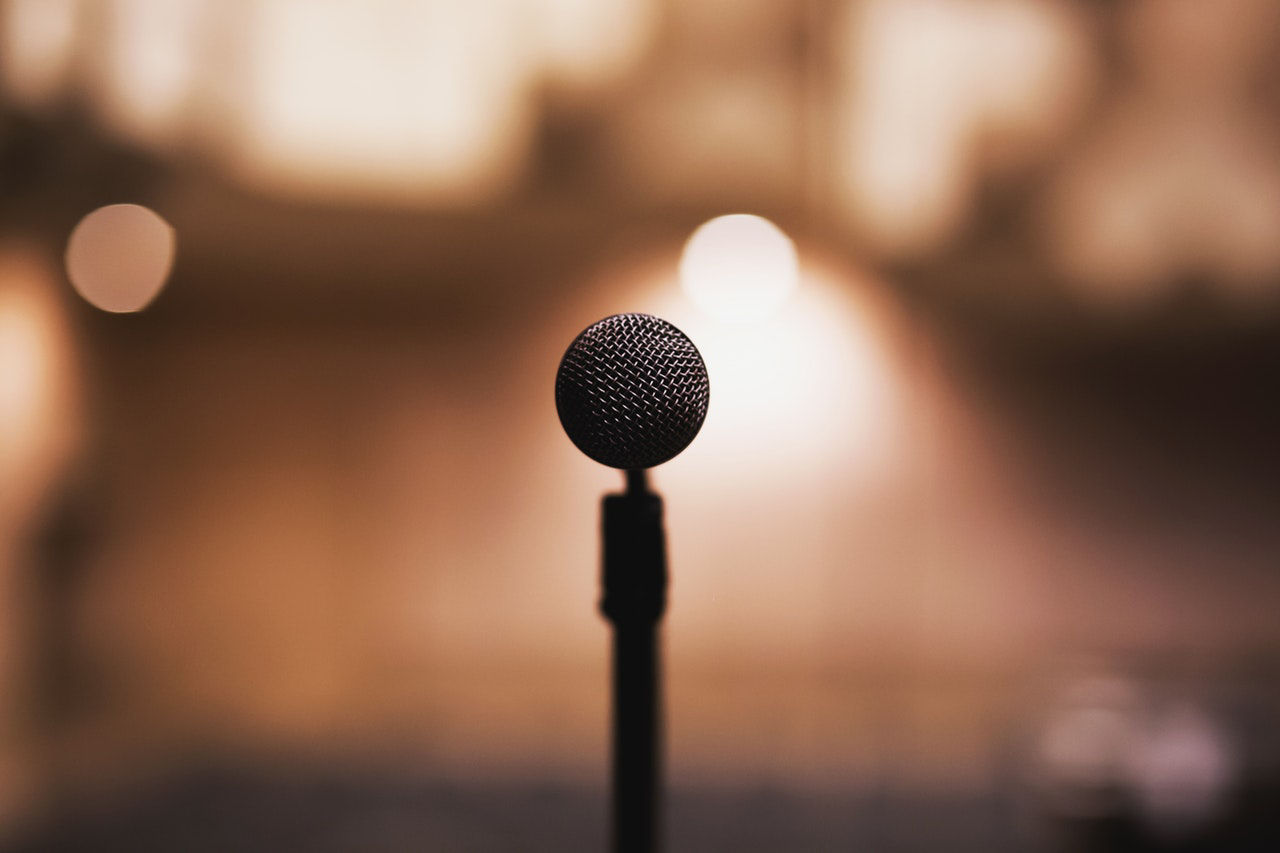 Microphone placement is sometimes neglected in music production, but its profound impact on a recording should not be overlooked. At the end of the day, a few centimeters of promixmity or distance can be the difference between a good and great recording.

When it comes to a great recording, using Spire Studio to capture live audio has several benefits. It comes with a built-in omnidirectional condenser mic that captures audio from a full 360-degree field. Its mic is capable of capturing a full spectrum of sounds and can be used to capture top-quality audio in a live setting.

If you want a more controlled method of capturing live sound, try using the two XLR mic inputs on the back of the Spire Studio console. Both channels are also equipped with phantom power capabilities for mics with active circuitry, or certain condenser mics.

In this piece, we’ll break down some methods for optimal mic placement when using Spire Studio to record live audio by using both the Spire Studio mic and a one/two-mic setup.

Here’s a look at our two-mic setup example, and our Spire Studio mic example:

The Spire Studio mic can capture a variety of interesting vocal tones depending on its placement.

To get a clear and focused lead vocal track, place the Spire Studio mic between four and eight inches directly in front of your mouth. Use Soundcheck to find your input parameters.

Place the Spire Studio roughly two feet from your face at standing-level for a live room sound. This is a prime position for background vocals, or for a dramatic, distant effect on the lead vocal.

You can also experiment with placing the Spire Studio on the ground (and singing while standing), or at the opposite side of the room for a bright room tone.

Getting great live sounds from an electric guitar stems from the proximity of the microphone to its amplifier’s cone.

For a fuller-bodied guitar tone, turn up your amp volume and lower your input gain on the Spire Studio. You can also raise the input level and lower the amp volume to achieve an intimate, live room tone.

Take a listen to our mic’d guitars for reference:

Mic’ing guitars with the Spire Studio mic should be approached in a similar fashion to the one-mic setup.

Place the Spire Studio mic about an inch away from the amp’s grille, halfway between the cone center and the outer rim.

Recording acoustic guitars with the Spire Studio mic is as simple as placing the mic directly in front of the guitar body and between eight and twelve inches from the guitar hole.

Check out these guitars from our Spire Studio mic example:

There aren’t any hidden secrets when it comes to mic’ing a bass amp. Place your mic around the center of the cone, run Soundcheck on your track, and let the bass do the rest.

The same goes for the Spire Studio mic. Prop up your Spire Studio so it’s flush with the center of the speaker cone.

Because you’re limited to two mic inputs, mic’ing drums with Spire Studio requires a bit of creativity and experimentation.

Start by focusing on the kick drum. Place your mic just inside the hole of the drum and give it a few kicks. If you’re hearing an excess of low end, a hum, or noise from the kick pedal, move the mic to the outside of the drum.

The second mic should place an emphasis on hi-hats and snare. To do so, place the mic in between them facing the snare drum. You can also try lowering the mic and angling it up to capture sound from underneath. This mic will capture sound from both the hi-hat and snare, as well as any residual sound from a rack tom or crash cymbal.

Run Soundcheck on both mics to adjust the appropriate input levels.

Here you can also experiment with recording effects to manipulate the feel of your drums. Try using the Bass Amp on the kick drum mic to add compression and a touch of low end; you can also use Bright Voice or Acoustic Shaper on the hi-hat/snare mic for a larger room feel.

Pro Tip: Make your drums feel fuller and deeper in the stereo field by double-tracking them. This adds a stereo effect that will double their weight in the mix. Trying to double vocals? Check out our free Vocal Doubler plug-in.

Here are our isolated drum tracks from our two-mic recording:

If you have room in your project to spare two, or even three tracks for drums, use the Spire Studio mic to capture a combination of angles to while multitracking your drums parts. Three optimal locations for this method are:

This spread combined will give you a full range of sound to work within your mix. Take a listen to our isolated drum tracks recorded using a spread multitracking method:

Between two XLR inputs and a robust condenser mic, Spire Studio captures crisp, clean, top-quality live audio. When placing your mics, focus on the kick and snare elements of your drum set, find the ideal speaker cone placement for your guitars, and keep your Spire Studio mic flush with your face level. All you need to do is find the optimal mic placement for your instruments; let Spire take care of the rest.