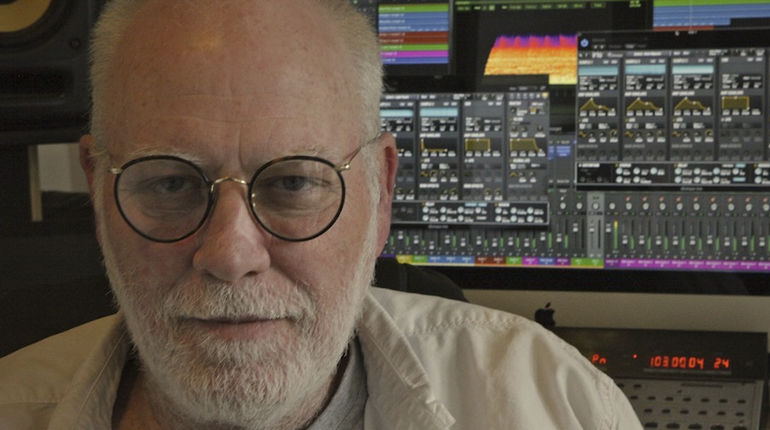 Kevin Lamb has made a career out of creating fresh and innovative sounds. He’s left his mark on landmark pop albums—from programming for Chad Hugo of the chart-topping duo The Neptunes, to working as a synth programmer and keyboard technician for the Thompson Twins and Al Jarreau. In film, he’s worked with big-name composers and directors on films ranging from indie projects to major blockbusters. When he discovered iZotope's Iris, Lamb gained a powerful tool that allowed him to take his vision for new sounds even further.

"When I got my hands on Iris, I threw away a lot of things I wasn't going to use anymore. I knew immediately it would change my creative process," Lamb recalls.

Lamb's technical prowess is impressive—he’s equally at home discussing topics like CPU cycles, DAW memory allocation, vocal sample harmonies or the inner workings of a vocoder. But as deep as his technical knowledge goes, he never loses sight of the singular purpose it all serves—to create music.

"I’ve always approached synthesizers as musical instruments," Lamb says. "No matter what sounds I’m working with, I’ve got to make them musical. Iris really does that job."

After making his career in Los Angeles, Lamb traded the city grind for the relative tranquility of Northern California—he lives on a quiet mountaintop above the beautiful wine country of St. Helena. Often, the only noise to break the silence comes from the agricultural machinery used to harvest the region’s world famous wine grapes. Lamb uses Iris to transform the noise into rich musical sounds.

"I'll stand at an intersection with a digital recorder and sample the trucks—the huge sound drowns everything out," Lamb explains. "I'll take that sample, and remove the fundamental of the truck engine. Then I'll grab the turbine wheeze, layer it over top of a pad, and then sink it down an octave. It becomes an amazingly lush wavetable."

Lamb says finding these unexpected sounds is especially important when it comes to sound design for film. "Sometimes you want to convey something that's huge, so you come up with an entirely different type of sound," he relates.

"The beauty of Iris is, I can create evolving music in a way that I can’t with any other instrument—the animation is incredible."

When it comes to recording albums, Lamb finds Iris equally inspiring. "You're supposed to give people that fresh effect or that cool thing that'll make them want to listen to that pop record one more time," Lamb says. From creating growling drum loops to making vocals come alive, he's found some pretty fun ways to be creative with the intuitiveness of Iris.

One example involves finding the harmonics in a vocal sample, removing them, and then filtering the resulting sound into a vocoder effect. "I can remove the entire background vocal and draw in the changes, like a bar," explains Lamb. "It becomes this really cool exciter effect that isn't an exciter—it makes the vocals come alive."

Lamb is also renowned for his work designing synth sounds. But after years of building presets for legendary synth companies like Moog, he needed a break to recharge his creative batteries. Lamb says Iris gave him the spark he needed—he was inspired to build sounds that move and change in new and exciting ways. "The beauty of Iris is, I can create evolving music in a way that I can’t with any other instrument—the animation is incredible," Lamb explains.

Lamb says he approaches sound design with an open mind and an ear for creativity. While he never knows where he’ll find his sounds, he says the key is not being afraid to try them.

"Iris allows me to treat any sound like an empty canvas, and emotionally express the music inside of all us," relates Lamb. "When you mix that in, the track becomes very special."

Kevin was nice enough to share a few of his many Iris presets. Made to be canvases for your experimentation, he recommends using these Pad-like presets as starting points for your own Iris patches. In his own words "Turn a knob and see what you get."