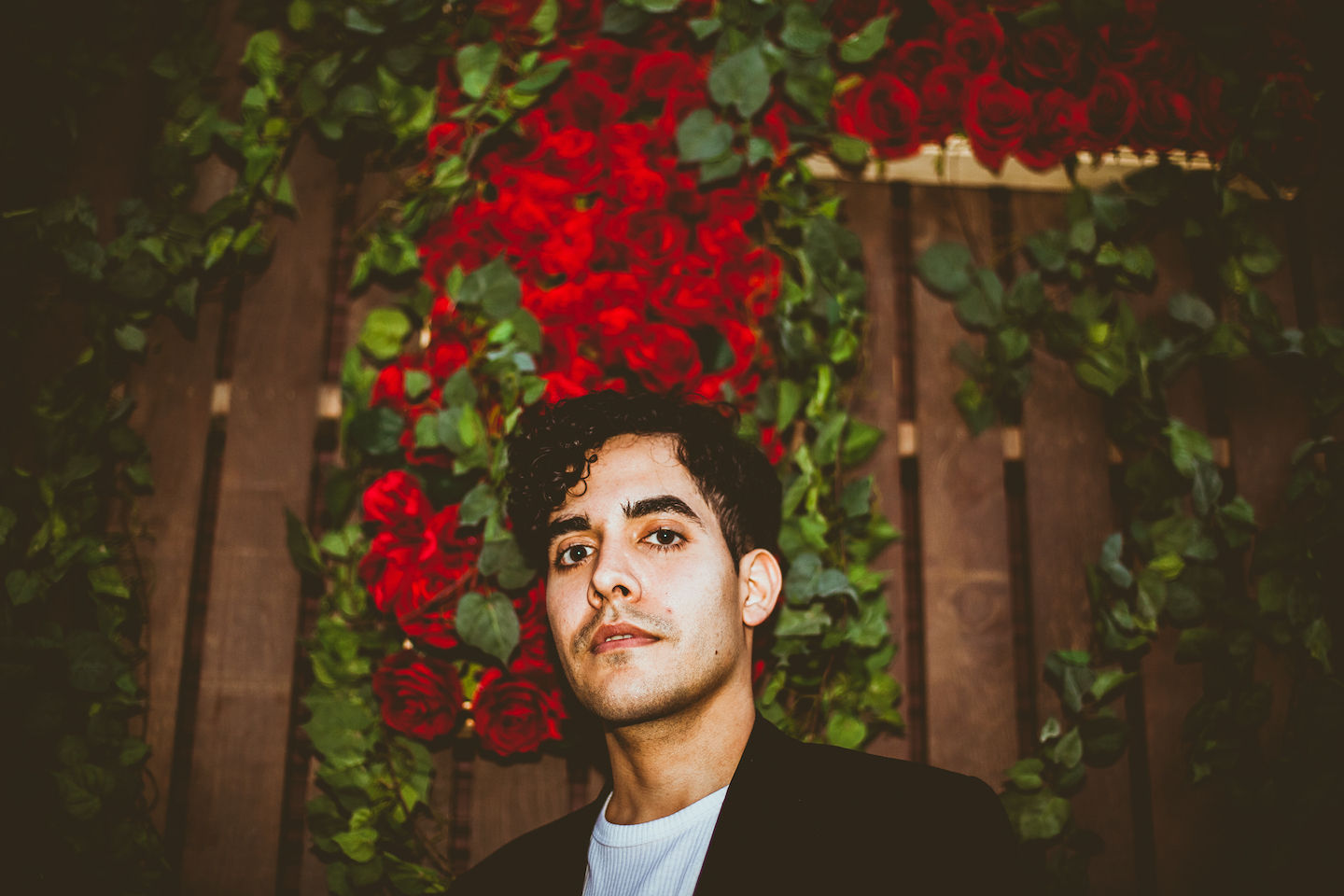 Make the world your instrument: From Neon Indian’s 2009 chillwave breakout song “Should Have Taken Acid with You” to the crisp, tropical funk of 2015’s “Annie,” Neon Indian’s synth-laden sound has helped define some of the most popular electronic music trends in recent years. Through limiting the synths with which he creates each record, each project sounds cohesive and distinct, exemplified by the latest album, Vega Intl. Night School, a psychedelic yet danceable romp through time and space.

But with his rotating roster of hardware come stalwart plug-ins. In this interview, Alan Palomo, frontman and producer of Neon Indian, talks about using Trash 2 and Iris 2 on his music, gives advice on how to actually finish songs, and reveals his music production setup.

I heard about Trash a few years back through friends trading rumors of what our favorite producers were using for certain sounds. Eventually I got Trash 2 and was immediately blown away by its impressive collection of impulse responses. I’m really into modeling spaces for songs to exist in—not just relishing in the song itself, but creating some kind of spatial context for it that makes it feel narrative or movie-like.

A good example would be “Techno Clique.” I not only implemented Trash’s functions as a distortion unit, but also used as a means of creating a metallic, resonant space around the sounds—as if the song were slowly coming into view through slivers of light in an otherwise pitch-black tunnel.

I’ve mainly used Iris 2 for soundtracks. Most recently, it played a big part in a sci-fi film I scored titled Everything Beautiful Is Far Away. After my last record, I grew kinda tired of making pad sounds with basic subtractive synthesis—the kind you find on a lot of the big poly synths from the ‘80s. They always seem better equipped for pop stuff, where the chord durations are typically pretty short and propped up with various other arrangements. I was looking for an instrument that I could do entire ambient compositions on and throw solo on a mix. Something ever-changing yet coming from the same single source.

“VSTs that attempt to mimic the personality of an old synth can seem kind of beside the point when there’s a ton of plug-ins out there that do really cool stuff that you can’t find in the old garb.” —Neon Indian

So much of scoring is about conveying mood without being invasive—always remembering to complement and not crowd the scene. I rarely ever went over three instruments at any given time.

What seemed appealing about Iris is how much change could occur over the course of one single note. The Spectral Filter was an immediately new way of looking at sound design for me. Rather than one oscillator tone being sculpted by four broad strokes (ADSR), I could literally draw elaborate timbral shapes to play back every time I triggered a note. It also gave new life to a lot of my hardware synths. I often sample them as a sound source and then apply all sorts of unique modulations to give them new life. 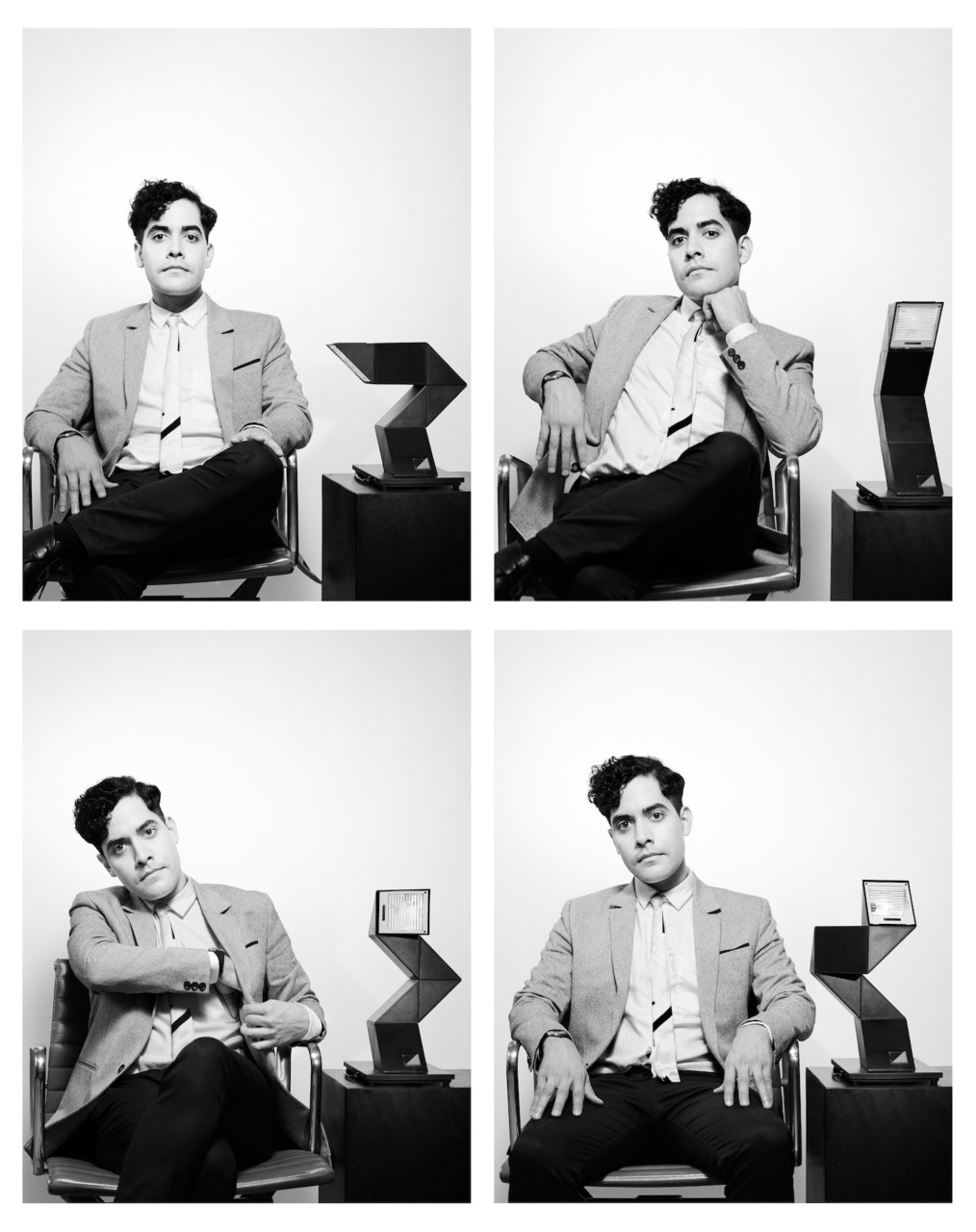 From sampling to VSTs to recording real instruments, there are countless ways of creating music these days. What’s your setup like?

I tend to not be as much of a purist about using hardware over plug-ins and instead try to combine the best of both worlds. VSTs that attempt to mimic the personality of an old synth can seem kind of beside the point when there’s a ton of plug-ins out there that do really cool stuff that you can’t find in the old garb.

When I work from home, it's exclusively on Ableton, and I do one instrument at a time on my Apollo 8. There’s a rotating cast of synths I take out of storage to use on specific projects. After a few years of collecting, I realized I worked better with limitations. Paring it down to only a few instruments per record makes you develop a better relationship with what’s actually there, and forces you to get the most of out it. For a long while it was my Memorymoog, Minimoog, and Korg PS-3100. Combined, they comprised about three quarters of everything you hear on Vega Intl. Night School. I’m currently hashing out the new rig for what I’m working on next.

When you’re creating a new song, have you noticed any patterns with the instruments you turn to first, or melodies or rhythms that you find yourself always starting with?

I used to write in this circular way where I’d start with a small loop and gradually keep doubling it in size as new ideas came. I’ve started working out of that now and getting better about sitting at a keyboard and kind of conceptualizing a song all the way through before recording it. It seems more exciting these days to know what the song is about and letting that inform the sounds you choose as opposed to the other way around.

What tips would you offer to producers who have trouble finishing songs?

Follow through is everything. I can’t stress that enough. I think most people are too afraid that the first thing they make isn’t going to be some masterpiece. They stay stuck on idea one, endlessly polishing the same thing over and over. You can’t be afraid to suck; it’s an inevitable part of the process. Once you learn that, it frees you to put your music out there. Once it’s out there, you receive feedback. When you’ve processed this feedback (what of it is relevant to you, what isn’t), then there’s growth. And with growth, the next idea will suck less, until eventually it ceases to suck. Then it’s just SICK.

Check out Trash 2 and Iris 2 for yourself.