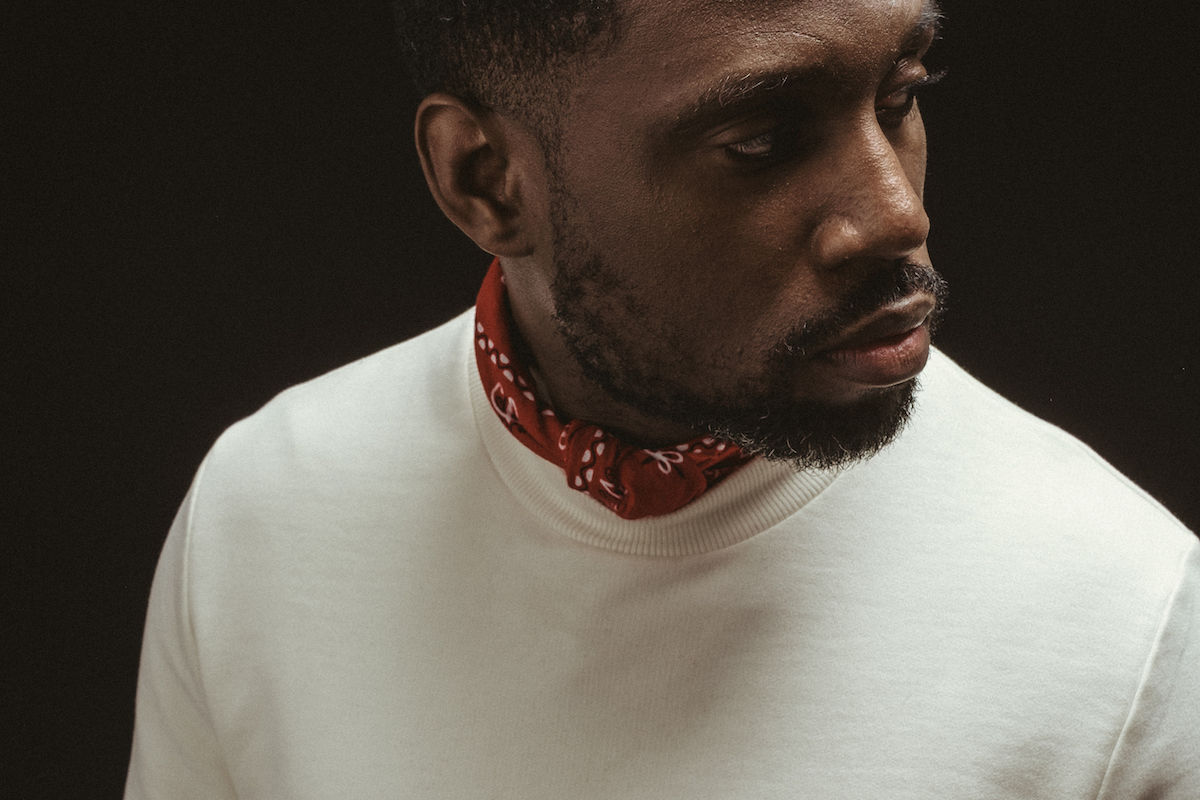 Although he has only released two EPs (2016’s Still Life and Better Days), Aaron Taylor has been making music his whole life. Taylor, a London-based neo soul musician of Ghanaian and Antiguan heritage, grew up singing gospel music in church. But for the last year and a half, his focus has been on producing his own music, and it’s starting to get noticed. “Lesson Learnt” was recently featured in an Apple Watch commercial.

With new music in the works, I caught up with Taylor to talk about his songwriting process, why simple production is sometimes better, London’s neo-soul movement, and more.

In your interview with The Point you mentioned that you learned to sing and play music by ear in church, as many soul and gospel musicians have. Initially, you found the concept of studying music theory strange, although you eventually did at university. What led to your decision to study it?

I studied music throughout school, although it was mainly classical music. Studying popular music after this initially seemed strange to me because some of the modules on offer came across as things I thought should be innate in a musician as opposed to skills one learns and acquires. I eventually decided to study it because you can never know enough and there’s always room for improvement. There are also certain worlds that won’t look at you twice without a formal further education, too.

To what extent does music theory inform your production and songwriting?

I think it is there subconsciously; being able to do something is cool, but understanding how and why something works is even better and allows you to experiment and even break rules. I don’t think I’ve ever consciously applied my music theory knowledge, as I still rely heavily on my ear, but at least there’s understanding there.

You play both keys and guitar. Which do you pick up first when you’re writing a new song? How does your songwriting change depending on the instrument?

Keys tend to be my default instrument as I’m more comfortable there. I tend to write my simpler songs on the guitar as my chords on it are limited.

That’s actually an ironic blessing in disguise—the lack of ability allowing you to do something simply i.e. write songs that are less complicated. I often just write over a beat I’ve made and played into Logic.

In “Just Gon’ Wait,” the bass and vocal lines don’t compete; they make room for each other. How intentionally do you think about creating space in your songs, and how do the different instruments “talk to each other?”

Lately I’ve been a lot more intentional. “Just Gon’ Wait” was initially much busier, but I've started to strip back a lot of my songs. That way they're not only easier to mix but easier on the ear, too. Less really can be more. The space came about as a result of just deciding to keep the bare essentials; I like to focus on a song being able to stand independent of its production, and I don’t feel there’s much of that these days.

It can vary but usually I start with my drum machine and groove to a tempo that fits my mood or the vibe I want to create. Then I usually focus on the most important motif, such as a riff, a chord sequence, or a bassline. Once I’ve got demo vocals down (most of which I normally keep), I tend to add MIDI/keyboard versions of other instruments as a guide to any session musicians I call in (brass players, for example). Then when each instrument has been overdubbed/re-recorded I just spend a lot of time mixing. I like to be hands on at all stages and mixing is often where I get new ideas in arrangements.

For aspiring musicians who are intimidated by the belief that recording is complicated and time-consuming, what tips would you have to simplify the recording process?

I’m probably the least complicated musician out here. My initial advice would be start where you are and use what you have, whether that is stock plug-ins, basic MIDI patches, or one microphone. People like to acquire more without taking the time to really understand what is already in their arsenal, particularly when it comes to gear. You’d be surprised with what you can accomplish with minimal resources. However, recognize what is within your power and what isn’t—you may be good at producing but not so good at mixing/mastering; there’s nothing wrong with outsourcing to someone better or a professional for certain things.

London has obviously produced many amazing musicians over the years, but there seem to be many neo soul artists from London in the past ten to fifteen years that are getting international attention: Amy Winehouse, Sam Smith, Michael Kiwanuka, Izzy Bizu, the list goes on and on. What is it about London that makes it an incubator for soul music?

I’m not sure if there’s anything particular about London but perhaps the nostalgic nature of soul means it always resonates with people. London is very multicultural too so that could be it. I think certain genres of music have revivals every now and then and thankfully soul is seeing a resurgence. Hopefully one day I’ll join ranks with those you mentioned.

Who is a lesser known London soul musician that people should know about?

Seramic is a newer soul artist who I feel more people should be talking about; Poppy Ajudha is one to watch too.

What are you working on now? What can fans expect in 2017?

I’m working on new music—it may be another EP but I’m being patient in case it turns into something bigger. I don’t want to keep performing the same old trick though, so I’m hoping to get other producers on board and have begun some conversations with some cool UK names and that will help me add a fresh angle to what I’m already doing.