So much of what we do is quantified in decibels—e.g. “Bring up that vocal a dB or so.” If we notch out a frequency, we talk about that cut in terms of decibels: a 2 dB cut at 650 Hz, for example.

But have you ever stopped to think about where the decibel came from, why the decibel is used, and what a decibel even is?

Familiarizing yourself with the decibel is useful, as it’s omnipresent in our business. In this article, we’ll cover the history of the decibel, what it is, and how it applies to audio engineers and producers. So let’s dive into the decibel, starting with its history:

The history of the decibel

The compressor? Originally, it was used to ensure no radio orders to troops would be inaudible. The radio? Same deal: it transmitted messages to soldiers without the need of telegraph lines. The Telegraph? Both the British Royal Navy and the Emperor of Russia were involved in the earliest, practicable designs. And so on.

The decibel’s history is found in communications—particularly, the cables that carried phone calls. Engineers immediately saw that early phone calls lost signal strength over distance: signals grew fainter the further they had to travel. To fix the situation, engineers needed a method of quantifying this loss in the first place. They needed a measurement, one to define the amount of signal lost over, say, a mile of standard cable.

Capitalism being capitalism, a number of measurements were put forth by competitive entities. There was no standardization—companies and countries had their own systems of measurement, making comparisons exceedingly complicated. Things cleared up around 1928, when a conference called the CCIF ultimately decided upon standardizing the TU.

They also voted to change the name. Thus, the “Bel” was born, named in honor of Alexander Graham Bell, the pioneer of the telephone. You’ll note the word “Bel” has been shorn of exactly one “L.” This was probably done to keep the company name from being used without their consent. Capitalism strikes again! 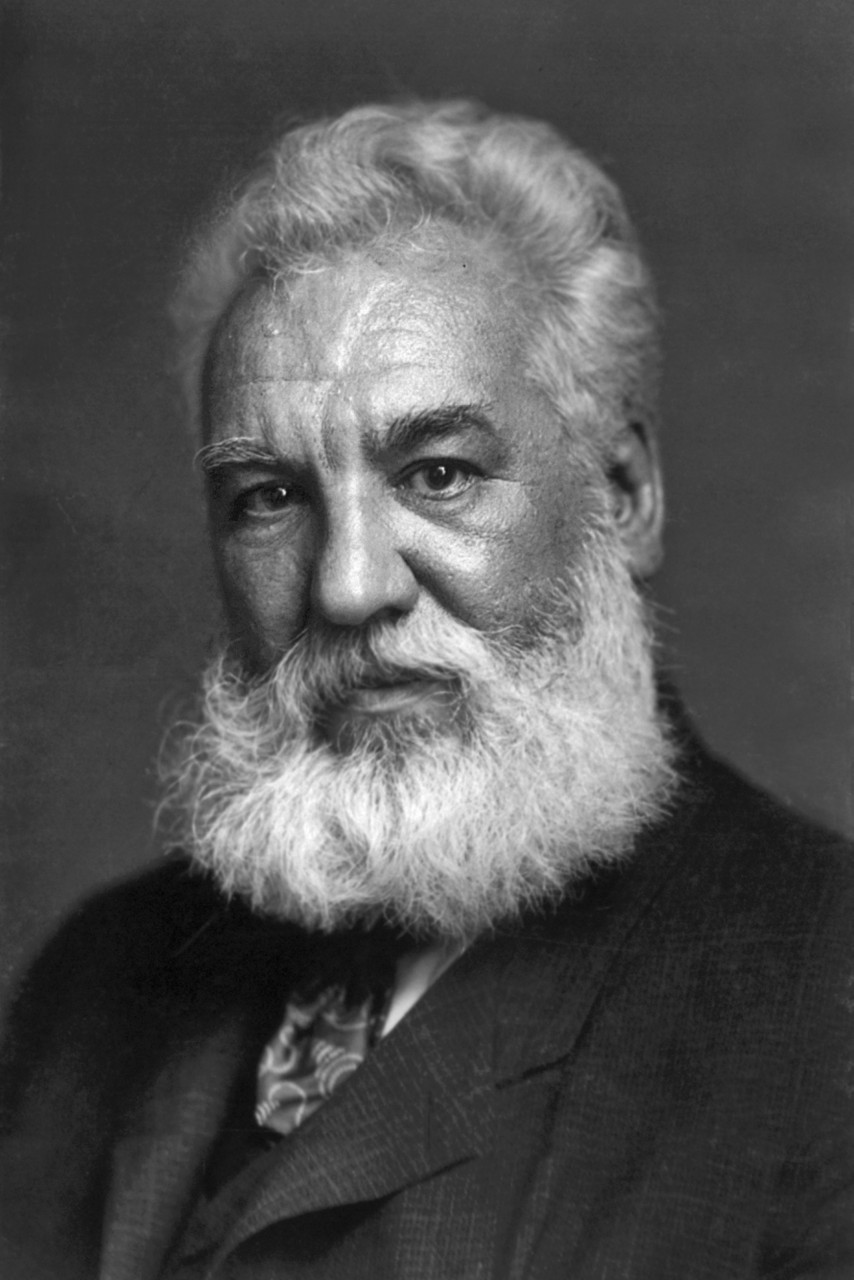 But hold the phone: we use the decibel, not the Bel. How did that come to be?

To answer this in a complete manner would bore you to tears—it involves competitive measurements vying for supremacy, and mathematical terms such as “Naperian Logarithms.” Not so fun, eh?

I’ll leave you with this: When all was sussed out, the Bel was determined too large to be workable. It was decided that the decibel (a smaller unit) would be used instead.

So, what is a decibel anyway?

A decibel is a unit that expresses the ratio between one value and a second previously-determined value—where the value in question is electrical, acoustical, or digitally-sonic in nature, and the scale of the measurement is logarithmic.

Whoah—did you understand that? If not, let’s make it clearer!

There are three fundamental things that you must understand about the decibel.

1. The decibel employs a logarithmic scale, not a linear one.

To help us understand the difference, let’s take a look at linear growth on a graph. As you can see, the value grows evenly as it moves across the graph. 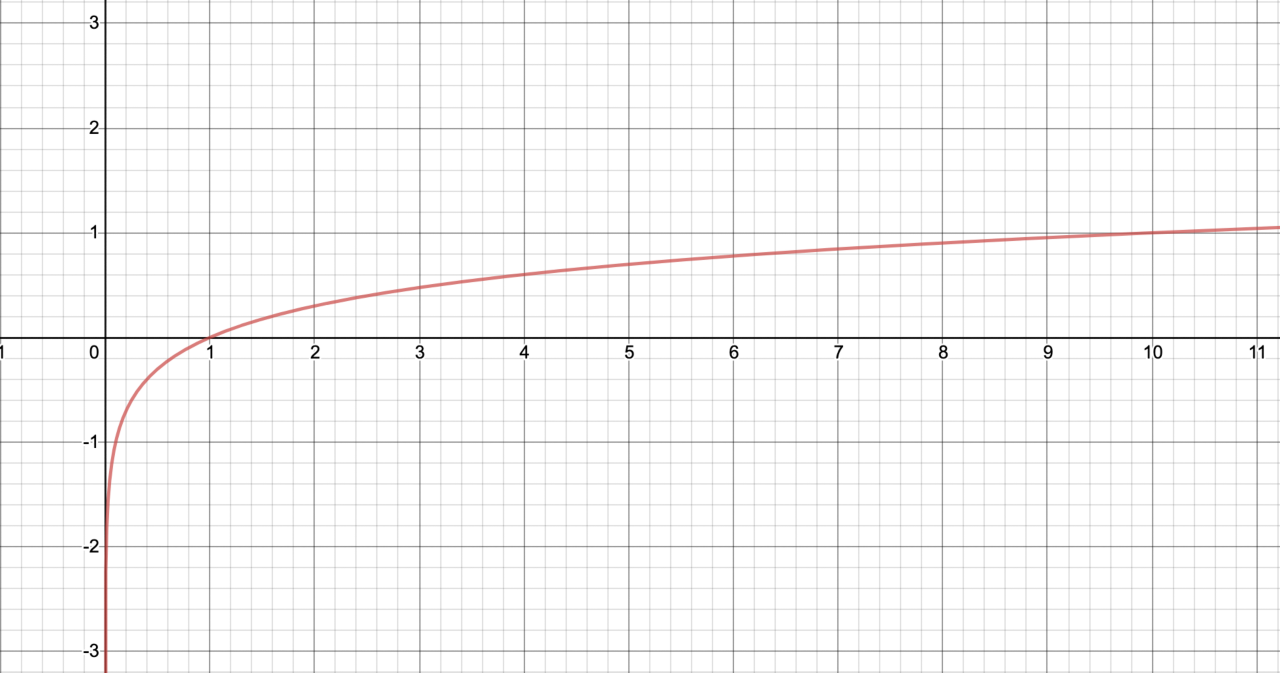 Notice how the line isn’t straight—it bends severely at first, then evens out as the values get higher. This is very useful for the purposes of audio measurements, and here’s an example of how:

This is the first reason the decibel is so useful to us: we can quickly calculate, automate, move, or jump through values that are exceedingly wide in range, in a manner that is easier to digest. The log scale correlates better to how we perceive changes in SPL (sound pressure level) in the real world.

Now, it’s important to clarify that linear and logarithmic scales both express the same minimum-to-maximum range and the same number of values. However, a linear scale sees these values spaced evenly, while a logarithmic scale has finer resolution as you move up the scale.

2. A decibel always describes a ratio. When followed by characters such as u, v, w, SPL, or FS, it indicates a ratio to the defined reference in a scale.

We use decibels to express and simplify relationships between voltage, current, resistance, and other variables, depending on the measurement in question. Without the decibel, we’d need to keep track of multiple variables at once.

This is where the decibel comes along to make things easier: we tack a letter onto the end of dB—dBu, dB SPL, etc.—and suddenly we have a shorthand that carries the calculation we’d make given the variables we know.

How does the decibel show up in our work?

In an analog system, a signal can get stronger than, and even pass the point of distortion. Digital systems differ in that there is a set ceiling, above which nothing can happen. As Bob Katz put it on his website, “by definition, there’s nothing higher.” This is called “full scale,” and we call a decibel measurement in reference to full scale “dBFS."

What does this actually mean, in terms of sound? In a 24-bit system, any recording with a value higher than 0 dBFS will be registered as a neatly clipped square wave for the duration. We often say a signal is really loud if it reaches -1.0 dBFS, because 0 is the point of no return.

So in the digital world, our total available dynamic range extends from the noise floor to 0 dBFS. However, that dynamic range is determined by the bit-depth of our recording. 16-bit gives us a much smaller range—96 dB—than 24-bit does—144 dB.

Remember that these numbers refer to the maximum dynamic range of digital audio, not the dynamic range of a particular record (which difference between the highest peak to the record’s noise floor).

Measuring the sound level of your room

So when we say you should mix somewhere between 79 and 83 dB SPL, depending on your room, what we actually mean is “set your monitors to a level that exerts 79 to 83 dB more pressure than the reference pressure of 20 micropascals.”

Measuring the dynamic range of your gear

We often talk about the dynamic range of an interface, a compressor, an equalizer, or a preamp. What does this mean? At one end of the scale, you have your noise floor—the level at which noise is indiscernible from signal. At the other end, you drive the device into obvious distortion, or clipping.

When you see a number describing a piece of gear’s dynamic range, it refers to the difference between the level at which it clips, and the noise floor. The particular decibel you see here is often dBu.

So what is dBu?

Simply put, it refers to a ratio among interdependent variables: 0 dBu = 0.775 volts of alternating current into an unterminated load.

What in blazes does that mean?

To explain, we have to get into voltage, current, and resistance. This gets to the very essence of how sound works when transduced into electricity. To go into it in-depth is a bit beyond the scope of this article, but you can check out this piece for a deeper look into dBu.

As engineers, we rely on the decibel to evaluate the specifications of microphones, compressors, and audio interfaces. These specifications tell us something before we ever hear this gear in action.

Outside the world of technical documents, we measure a speaker’s ability to push sound into our ears. We qualify how hard a preamp can be driven before it incurs distortion. We do this not only to achieve better sonics, but to ensure greater consistency: you never know when you have to revisit a project and recall settings!

We also calibrate our gear. Mastering engineers calibrate their converters with their analog hardware to ensure they have the right amount of headroom. However, you don’t have to be a mastering engineer to do simple calibrations. If you’ve ever used an SPL meter—or even an iPhone—to measure a consistent monitoring level, you’ve calibrated your monitors for your room.

We could doubtlessly get into other types of decibels. We could cover true peak—dBTP—or VU—dB VU—and a few others. We could also cover the science in greater depth, as well as perception—how, depending on what we’re measuring, 3 dB, 6 dB, or 10 dB can register as doubling the original value!

That is the topic for a textbook however, not a blog post. Instead, I’d like to cover why it’s important to know how decibels work at all—why you should consider yourself lucky for making it through to the conclusion here. Let’s boil it down in the simplest terms:

But you will work inexactly, and by a certain amount of guesswork—until your ear is well trained, anyway—if you don’t have a fundamental respect for how the decibel works.

If you remember its logarithmic aspect, you’ll understand how moving a fader will elicit different level changes depending where you are on the fader. If you remember the ratio aspect—and if you study what the reference points are for a given kind of decibel—it won’t be a matter of guessing when you’re gauging headroom on a preamp.

In a way, it’s a bit like traveling to a destination. Would you rather have the map, so you know where you’re going? Or would you rather feel your way through? If it’s just for you, and just for fun, by all means, feel your way through. But if you’re carrying someone else’s precious cargo—say, an artist’s record, or an engineer’s mix—it’s good to know where you’re going, and how to get there.

Learn more about the fundamentals of audio: