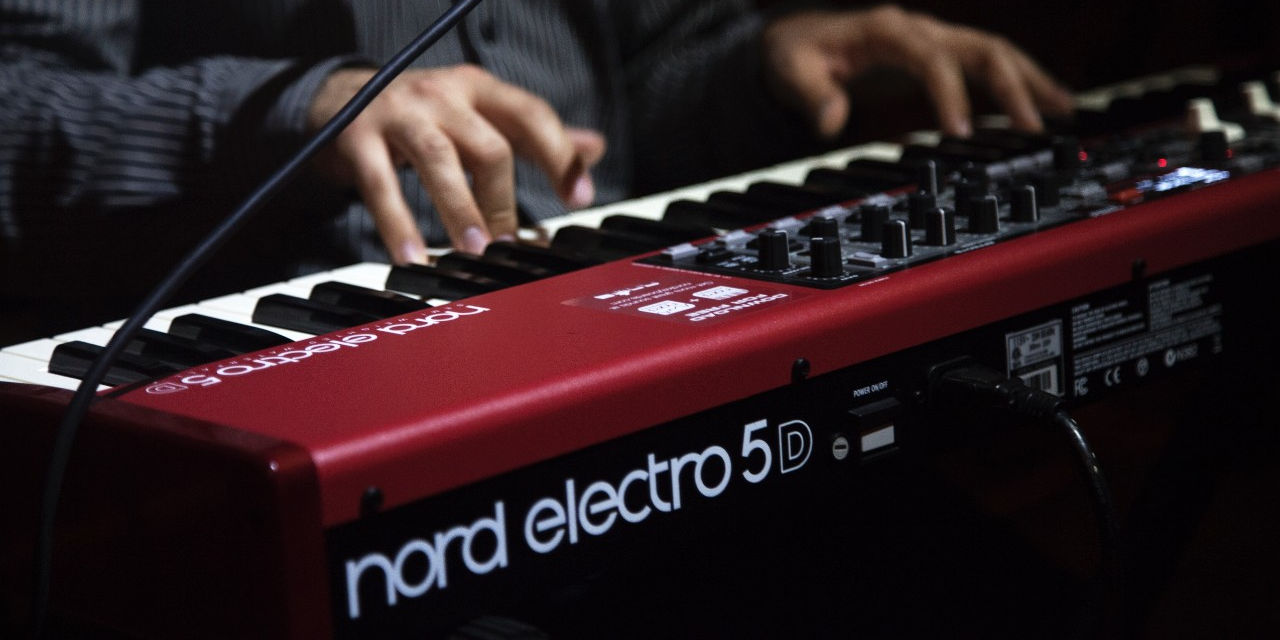 A song’s introduction offers the listener a first impression of a band or artist’s musical efforts—essentially, it sets a precedent for the rest of the arrangement. Obviously, you want to get it right.

Before we dive into the five ways to start a song, let’s look at what makes a good intro.

Tips for how to start a song

Here are the essential mechanics of kicking off a song—a basic blueprint, if you will.

The song intro, like most other elements of a musical arrangement, can come in many forms (as we will explore soon). That said, don’t focus too much on starting your song from the beginning of the arrangement if you’re struggling for ideas. Instead, pick up your instrument, or if you’re a singer, clear your throat, and start improvising until you come up with something that sticks. From there you can start building backwards if you wish, using elements of your new part as inspiration for your song intro.

Look at the bigger picture.

Like all art forms, songwriting is a creative discipline; there are no hard and fast rules when it comes to writing parts and playing with ideas. But to create a song intro with real impact, you will need to think about the overall feel you’re looking to achieve, in addition to the message you're trying to convey. Sit down with a pen and paper, scribe down the general tone, feel, tempo, and goal of your potential song, then get writing. By doing so, you’ll give yourself direction from the outset; you’ll also be able to decide how epic, subtle, fluent or standalone your intro needs to be for maximum impact.

Sometimes, an introduction will be the first thing you write, and sometimes it will be the outro—but more often than not you’ll form the meat of your tune first. So, if you’re messing around with an acorn of an idea, looking to transform it into a bonafide song arrangement, follow your creativity and let the narrative flow. Once you’ve formed a solid verse, bridge and chorus, for instance, go back to the start and write your intro and outro. You may well find that because you’re inspired, you’re in a steady flow and you have at least two minutes of music from which to build upon, crafting an epic song introduction or outro will feel natural.

Following these three tips will not only help you kick the songwriting process into gear, but each approach will also help you get the very best from your song introduction efforts.

These five different but equally effective song introduction techniques will give you plenty of inspiration.

This particular song introduction example from former War on Drugs guitarist Kurt Vile is an excellent use of what I like to call the full circle technique. Sometimes, a song intro can be incredibly powerful if it matches major sections of the music and has striking similarities to the outro.

In “Pretty Pimpin,” the entire song is led by Kurt’s irresistible guitar hook that quickly becomes the most memorable section of the arrangement. By using this in the majority of the song, excluding the bridge, he creates a flowing, somewhat hypnotic narrative, starting with the intro. To give the verse impact when it begins, the drummer uses the kick drum only to drive the introduction, but the familiarity of the guitar hook keeps you craving more throughout.

Song-starting approach: Once you’ve written your original riff, part, section, or idea, use it as a vessel to form other parts of the song, testing whether you can use elements of it to create an impactful introduction.

In many cases, particularly in the realms of rock and blues, a standalone riff is used to start the song—and with the right arrangement, it works very well. Not only does an ear-catching riff grab attention immediately, but when the verse (or next section of the song) kicks in, the striking difference will give the song maximum impact, drawing the listener in hook, line and sinker.

The first clip features a basic verse for a song without an introduction.

And this clip features the same basic verse introduced by a simple yet catchy riff. Here it’s clear to see the impact the riff introduction has on a song idea.

Song-starting approach: Check out our guide to writing a head-turning blues rock riff and try these concepts to build some ideas of your own. You will be able to use your riff to start your new song, starting with the intro. And remember, there’s nothing wrong with reintroducing your riff into other parts of your song if you feel it will work well.

Example: “A Hard Day’s Night” by The Beatles

Despite the fact that the band kick this iconic tune off with a single chord strike (a good technique in itself), it’s possible to consider this intro as a dead start. This approach basically means starting the song in unison, with the vocals as well as all other parts launching into the song altogether from (almost) silence. This approach hits the listener in the face with an immediate hook or verse, pulling them straight into the arrangement from the outset—it’s the musical equivalent of a shot of adrenaline in the arm.

Here, The Beatles dazzle the listener by firing straight into their jaunty, catchy verse, which quickly arrives at an equally catchy bridge, promising the audience a piece of music that they can hold onto and cherish from the first second—a masterclass in the dead start.

Song-starting approach: Use The Beatles’ introductory chord idea and test a number of chords, hits, strikes, grooves, or riffs to follow it. Select the most impactful and repeat it until you form an idea that’s work expanding upon. And once it is formed, go back and use it as a dead start introduction—songwriting satisfaction guaranteed.

Example: “Papa Was a Rolling Stone” by The Temptations

Regarded as one of the most effective and popular ways of starting a song, the dynamic build—adding one instrument at a time—is an approach that has the power to build tension, intrigue, and atmosphere from the get-go.

By using elements from the main section of the song and improvising to create a fresh spin on these elements, you will quickly build an introduction that takes your listeners on an instant journey. Create your arrangement, add one instrument at a time, and build the start of your song dynamically in pace or volume.

In this example, The Temptations start with the hi-hats and bass high in the mix, with additional drum hits, guitar strikes, brass licks, and eventually vocals added to create a piece of music that has the kind of attitude and atmosphere that has made it one of the world’s most recognizable pieces of music.

Song-starting approach: Use your Spire Studio to record one solid, repetitive part, and create additional tracks, recording over your initial idea one instrument at a time, improvising until you’ve built a part that you can strip back and build from the ground up. Then, of course, you can record the song in its entirety.

Example: “American Woman” by The Guess Who

With a blues-lathered, acoustically-driven song intro oozing repetitive Delta charm, The Guess Who  immediately hook their audience—and just when things get comfortable—the song morphs into an electric-guitar-belting masterpiece that apart from its musical key and the American Woman reference, has little to do with the first one minute and 14 seconds of the arrangement.

The acoustic intro in this song is particularly effective as it builds dynamically in the middle, creating a sense of urgency, then resolves unexpectedly but at a logical point (at the end of the hook). And then, boom, out of nowhere comes the electric meat of the song, complete with groovy rhythm section, legendary vocal hook and grating guitar line—scintillating.

If you’ve got two contrasting ideas and you feel you can merge them, don’t be afraid to do it as with a little trial and error, you can create something truly amazing.

Writing a song introduction or kick starting an idea into gear isn’t always an easy feat but by being persistent, believing in your abilities, taking your time and trying these tips on for size, we’re sure you’ll be conjure up heaps of epic creations sooner than you think.