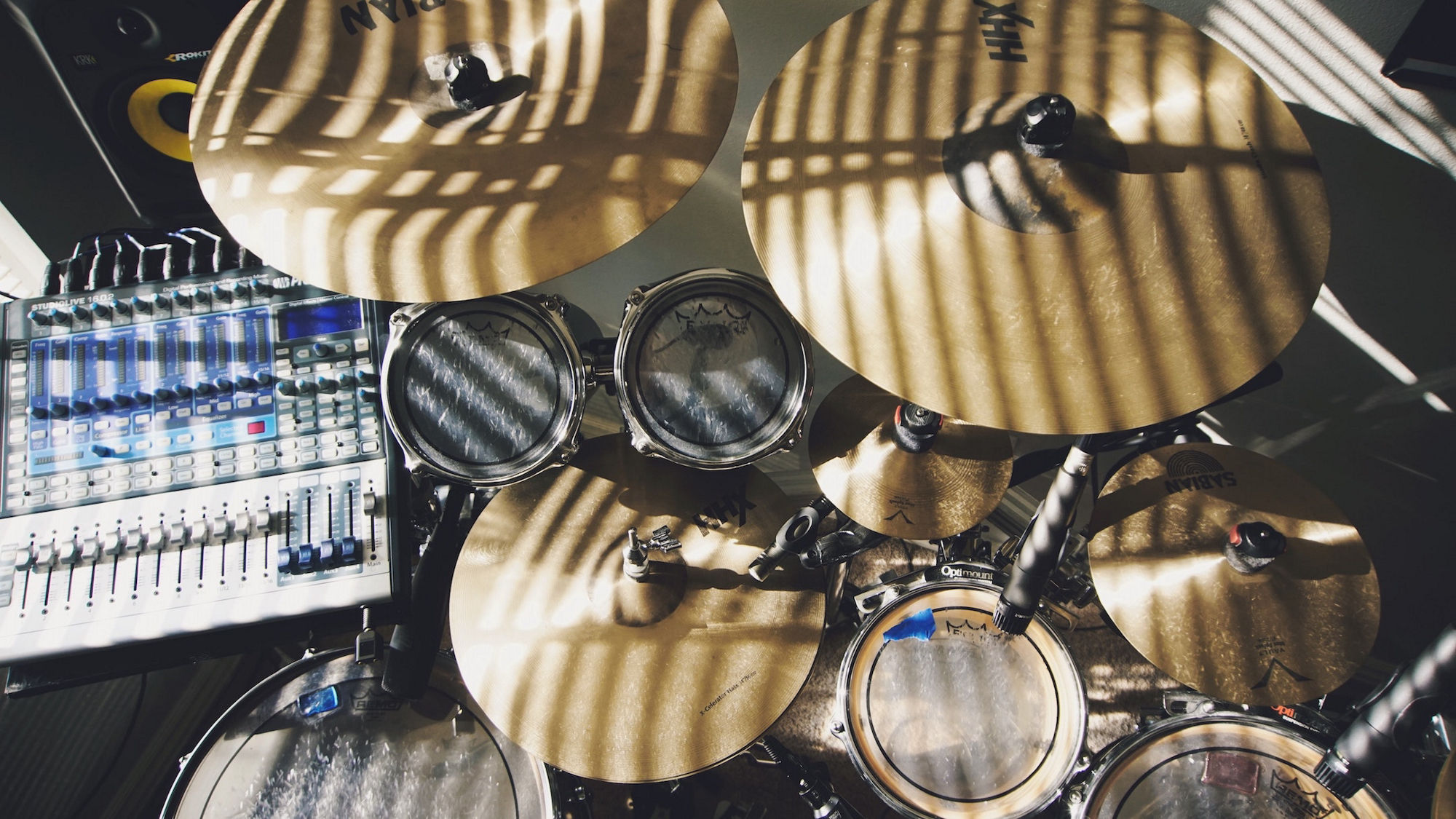 Modern drum production seems to fit into one of two categories: unquantized patterns that mimic the nuances of live playing, and distinctly electronic beats that could have only been made with a computer. In this article, we’ll take a look at the tricks used to improve the quality of programmed patterns in both of these broad approaches to drums.

When drummers play a kit, there are subtle, constant variations in their patterns that make the music feel alive. The goal of humanized drums is to artificially engineer these imperfections in a DAW for looser, organic grooves. So what are the key parameters that play a role achieving this sound?

An often overlooked process in programming humanized drums is sound selection itself. If the hits in a drum kit sound good together, you can play almost any pattern and it will feel natural. Producers like J Dilla and Four Tet are known for their use of combining earthy kicks, handclaps, and percussion with sandy, shifting textures to influence organic rhythms. But many other combinations work, too. Once you get the sample palette right, putting the beat together becomes much easier.

The placement of drums is also important. Pull up any live drum groove in your DAW and you will be able to see where each hit lands in relation to the metronic grid—typically they come slightly early or late. Late hits, only by a matter of milliseconds, give off a more laid back feel, while early hits are more urgent in nature. In a DAW, these deviations from the grid introduce swing. The intensity (or velocity in DAW speak) of subsequent hits are never the same, either.

Including these variations in programmed drum patterns gives them a human timing and feel. The clip below begins with a straight groove, goes silent, then return with the humanized version. You will notice the kick stays locked to the grid—since kicks tend to emphasize transitions and drops its best to keep them on time.

There are many ways to produce a similar effect in your DAW. The most natural approach is to play out patterns on a MIDI pad or drum machine and record them. Patterns that are too loose and wonky can be tightened up with a low quantize value. If you prefer working from the piano roll, most DAWs offer groove templates and tools that randomize note placement, velocity, and even patterns.

A midpoint between these different options is to extract the timing from a super funky song and map it to your own programmed patterns. Pro Tools, Ableton, Logic, and Cubase can all do this. This gives a sense of how live musicians bring a natural feel to their music. You can always manually edit the results if it isn’t exactly what you hoped for.

Placing a sound that goes against or interrupts the main rhythmic idea introduces syncopation—a production device that makes drum patterns more playful and surprising. Syncopation is rooted in jazz music, but it's now common to hear it in all styles of electronic music.

Just like listeners pick up on the repetitiveness of a straight drum pattern, they will also become accustomed to an offbeat or swung pattern that’s been copied throughout an entire track. Break up repeating sections with occasional notes that don’t appear anywhere else. Removing notes has a similar effect too. This make things feel closer to a jam session than a carefully programmed computer pattern.

Bonus tip: Live drummers use a pedal to tighten or loosen the sound of hi-hats. Apply this same concept to entire DAW drum patterns with Transient Shaper. In the clip below, transient sustain is pulled way down in the mid and high frequency range to enhance the snap of the clap and hi-hats, and transient attack is pulled up slightly in the low end to give the kick more attitude.

Whereas humanized drums mimic the imperfections of human playing, dehumanized drums look toward the machine-perfect pulse of computers for inspiration. This type of programming makes use of sounds and effects that aren’t humanly possible, like reverses, granular sampling, time-stretching, and so on.

Many of the principles we’ve covered so far still apply, but now we’re adding another layer of complexity. For a point of reference, think of the frenetic beats of Aphex Twin, Squarepusher or Amon Tobin. Since the main focus here is on sound design, there’s more freedom in terms of sound selection. Classic drum machines, breakbeats, field recordings, and vocals snippets are all fair game. This type of drum programming has a strong percussive component, but there is also a musicality in the way each drum hit interacts—as if the are playing a melody of their own.

If you are familiar with the reference artists above, you will know that the drum patterns they produce always seem to be evolving in a very overt way. It's easy for this type of programming to quickly descend into chaos, so my suggestion is start with a basic, wide open beat and then fill in the gaps with sound design gestures. Working with audio is recommended here—it’s easier to visualize the pattern and explore more editing options than what’s available with MIDI. Here is the pattern foundation—super simple and plenty of space.

To make things more interesting, I added a reverse snare before every second forward motion snare. This creates a bit of variation in the pattern. I also reversed the kick and placed a copy at the end of each four bar section to propel the beat forward.

Next up is percussion. Instead of typical hi-hats, toms, and shakers, I brought in some field recordings of doors. Why doors, you ask? The evolving rhythmic and tonal character of pulling out keys, putting them in a keyhole, turning a door knob, and so on, lends really well to this kind of drum programming. Spinning bike wheels, wings flapping, and pages being turned are other solid contenders.

Since most of the mutating and morphing is already in the recording—all I did was chop it up, reverse some bits, add color with a bitcrusher, and tighten up the sequence with Transient Shaper.

The final step is to add some tempo and rhythm anomalies with Stutter Edit. It's a MIDI controlled effects engine that creates complex beat-repeats and stutter gestures perfect for machine music.

Some genres of electronic music demand that drums emulate live musicians. Others seem to benefit from beats that have machine-like accuracy. The techniques discussed in this article will greatly improve the quality of the drums you make in your DAW—regardless of style. And with your own ideas thrown into the mix, there is still much more that’s possible.