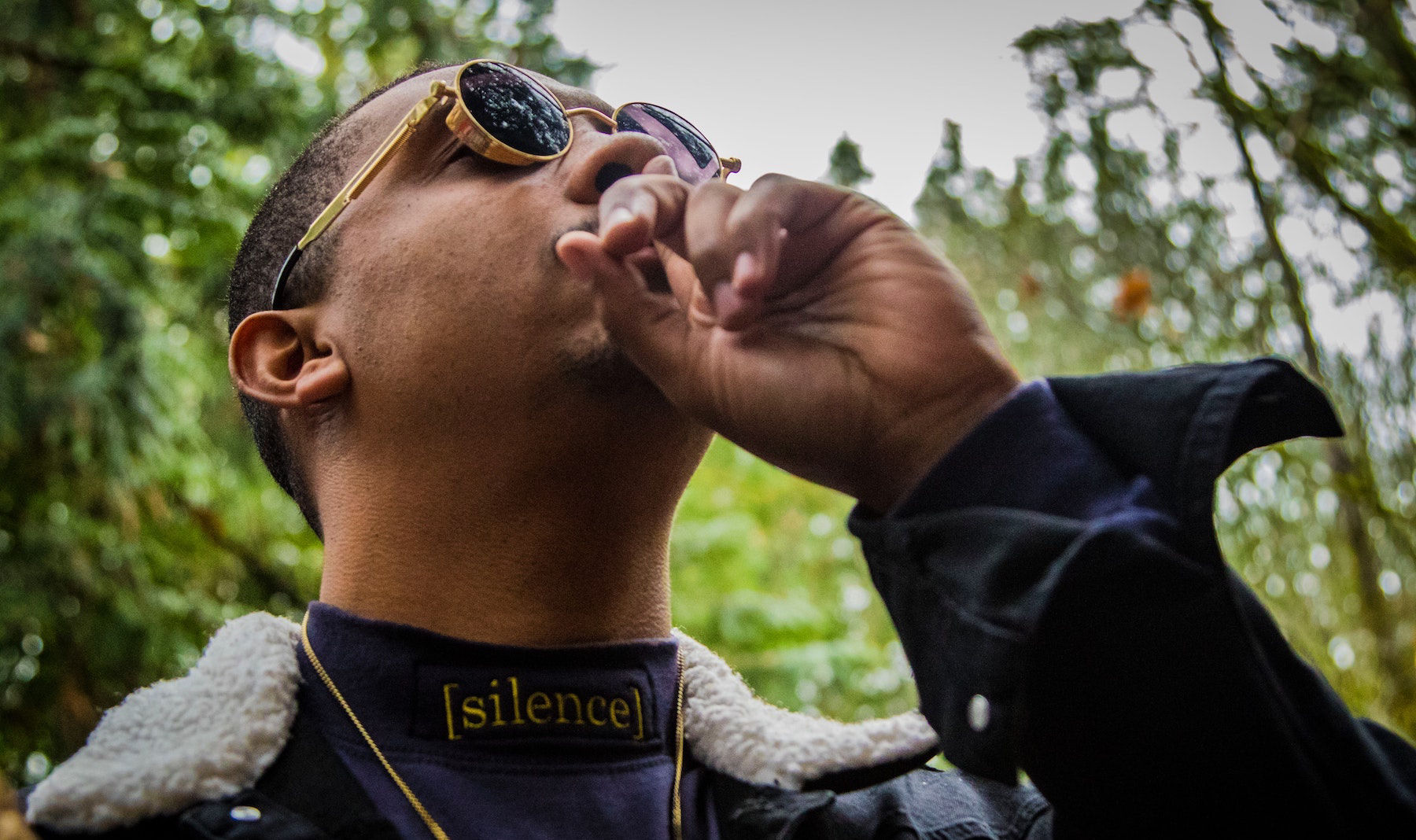 By its nature, music seems to imply fullness in live and recorded listening experiences. That is, a filling out of the field of sound, whether it’s a Mozart concerto, a Flaming Lips track, or a Kanye West production. But the unfilled spaces, where the the absence of music is either momentary or extended, can enhance songs in any genre.

In visual art, an area of the canvas without a brush stroke, for instance, is called negative space. (For our purposes, we will use silence and negative space interchangeably.) If used well, it can help create a greater compositional whole.

Something similar applies to sound, where the ear is drawn to silent intervals, whether it lies between the same instrument or multiple ones, or whether it’s short or long in duration.

Musical artists can use silence or negative space in multiple ways. It can create a sort of compositional suspense upon first listen, making the listener guess at what might come next. The artist can either use this to give the listener what they want, or upend expectations. A group like Autechre, for instance, often use silence in between an avalanche of percussive and textural sounds from different directions to imply a sort of three-dimensionality in the listening experience.

There are also radical conceptions of negative space, like John Cage’s infamous composition “4’33.” Comprised of three movements, the musicians are instructed not to play, which in turn highlights the environmental sounds of the space in which it is “performed.” But for our purposes, we are talking about artists working within popular forms of music, whether it be something with mass appeal like hip-hop, or a more niche approach, like avant-garde electronic.

Below are five musical artists that all have made great use of negative space. Of course, they aren’t the only ones. So the next few times you listen to music, keep your ears open to the silence between the sounds.

Broadcast sadly are no more. But during their heyday of the late 1990s and 2000s, Broadcast produced some of the most experimental pop around. An oddity on electronic label Warp Records, which had been the home to many a 1990s era IDM artist, Broadcast instead plumbed the psychedelic electronic sounds of the 1960s and 1970s, from the band The United States of America to the futuristic (but now vintage) sounds of BBC’s Radiophonic Workshop. They were effortlessly cool with sound that was really all their own.

And they understood negative space. Sure, Broadcast’s James Cargill and Trish Keenan, who passed away in 2011, could create glorious and glaucous shrouds of sound, but they knew when to go minimal. They understood the space that should lie between sounds.

The song “Poem of Dead Song,” for instance, is a great representative of this type of aesthetic minimalism. Somewhat similar to Lee Hazlewood and Nancy Sinatra’s psychedelic country-western and waltz tune “Some Velvet Morning,” Broadcast shift sounds between two vastly different movements.

The first movement features a pretty basic beat that is neatly spaced between flickers of electric piano, synthesizers, and bass guitar. The second part has a slow-motion waltzy vibe like “Some Velvet Morning.” It’s punctuated by spare drums, bass notes, and what sounds like reverb-drenched lap steel guitar, and then of course Sheenan’s Françoise Hardy-esque cool voice.

Each of these movements have negative space, but there is also a void as Broadcast switch from one movement to another. It’s masterful, as it transitions the listener from one type of rhythmic groove and textural sound to another, without breaking the unity of Broadcast’s overall sonic aesthetic.

And it’s certainly not the only Broadcast song to seek the spectrum of negative space. “Chord Simple” is also notable for the space between notes, especially in a breakdown section, while still conveying the Phil Spector or Brian Wilson wall of sound that the band so enjoyed.

In many ways, Slint is the quintessential indie band. Still teens, they put out two of the most iconic underground rock albums of the late 1980s and early 1990s—Tweez and Spiderland—and an untitled EP as an au revoir.

While these records feature wondrous bursts of distorted noise and atonal drones, Slint were also masters of asymmetrical rhythms on drums, bass, and guitar. And it was with these instruments, as well as with Brian McMahan’s vocals, that the band explored the spaces between notes. Instruments, spoken word vocals, and screams all drop in and out at seemingly random intervals.

“Breadcrumb Trail,” the lead track from Spiderland, features a lot of negative space. Guitarist David Pajo leaves odd silent spaces between notes as he alternates between lightly plucked harmonics and arpeggios. And like Broadcast, Slint left space between different movements to let a void settle over the listener. In retrospect, Slint’s sound is not a far cry from what Radiohead would do in the late 1990s and into later stages of their career.

On the exact opposite end of the negative space spectrum lies Kendrick Lamar. While his record To Pimp a Butterfly, on the strength of Flying Lotus’ production and outstanding musicianship, has its moments of negative space, our focus is on the negative spaces that lies between Lamar’s lyrics. There might not be anyone better at using negative space to create various types of unique and dynamic flow.

With Lamar, the negative space is of a rhythmic variety. It’s the counterpoint of vocalized rhythm. Being aware of this space allows Lamar to adjust his flow as he lets the first word in a line, or other words, fall on certain beats in a measure. He can either ride behind the beat, or get out ahead of it. Many rappers do this and do it well, but Lamar is on another level with his adjustment of flow.

On a track like “King Kunta,” for instance, Lamar lets the song breathe during the verses because he doesn’t overstuff the song with lyrics. With words, whether they’re song lyrics, fiction, or another type of writing, concision often lands a greater impact in the listener or reader’s mind. Lyrically speaking, Lamar seems to understand this on a fundamental level (see: the chorus of “Humble”), making him a far better communicator of ideas—whatever their subject matter—than most rappers. The listener can think on the words, making their own connections, instead of being pulled along by uninterrupted rap flow. “Hood Politics,” another track off of TPAB, features negative space on Flying Lotus’ production, but also in Lamar’s rapping, and the two play well off each other.

German musician Nils Frahm straddles the world of contemporary musical composition and electronic music, much like Jon Hopkins. He’s something like a mixture of Tangerine Dream, Terry Riley, Philip Glass, and Klaus Schulze. Frahm’s music is rhythmic and repetitive, but also expertly played. And on his live album Spaces, Frahm, as he so often does, works with negative space.

On the track “Says,” a synth sequence, coated in reverb and delay, plays over and over again. As this sequence loops again and again, Frahms patiently introduces other elements. Some drop in and out quickly, others linger. The point is that the field of sound isn’t filled out until Frahm reaches the last quarter of the song, during which he crescendos the instrumentation into a beautiful wall of sound.

The far more experimental track, “For - Peter - Toilet Brushes - More,” a 17-minute medley, is also notable its sparseness. Through a good portion of the composition, Frahm rotates from one instrument to another. The instrumentation is minimal and often one instrument, apart from when he combines synthesizer and electric piano. But perhaps by necessity, Frahm gives each part breaks, while the compositions seem to be bursting out of a dark void. The notes play against silence in away that isn’t typical in modern music, like like emanating from some abyss.

The moody UK band The xx have for years honed the craft of negative space. In their introspective tunes, which waver between dream pop, goth, and R&B, the band move guitars, synths, voices, drums other instruments in and out of the mix at intervals. No one could ever accuse The xx of being maximalists. They are interested in the space between things, both musically and lyrically.

Take the track “Angels,” off the trio’s 2012 album Coexist. Sonically speaking, it has the shoegaze DNA of Slowdive at their most minimal, and The Cure’s Robert Smith at his most confessional. At the beginning of the track, two guitars full of reverb and delay duel, but there is no clutter. Very quickly a bass mirrored by a guitar drops into the mix. The xx allow these two instruments’ notes to ring out and nearly dissipate into silence.