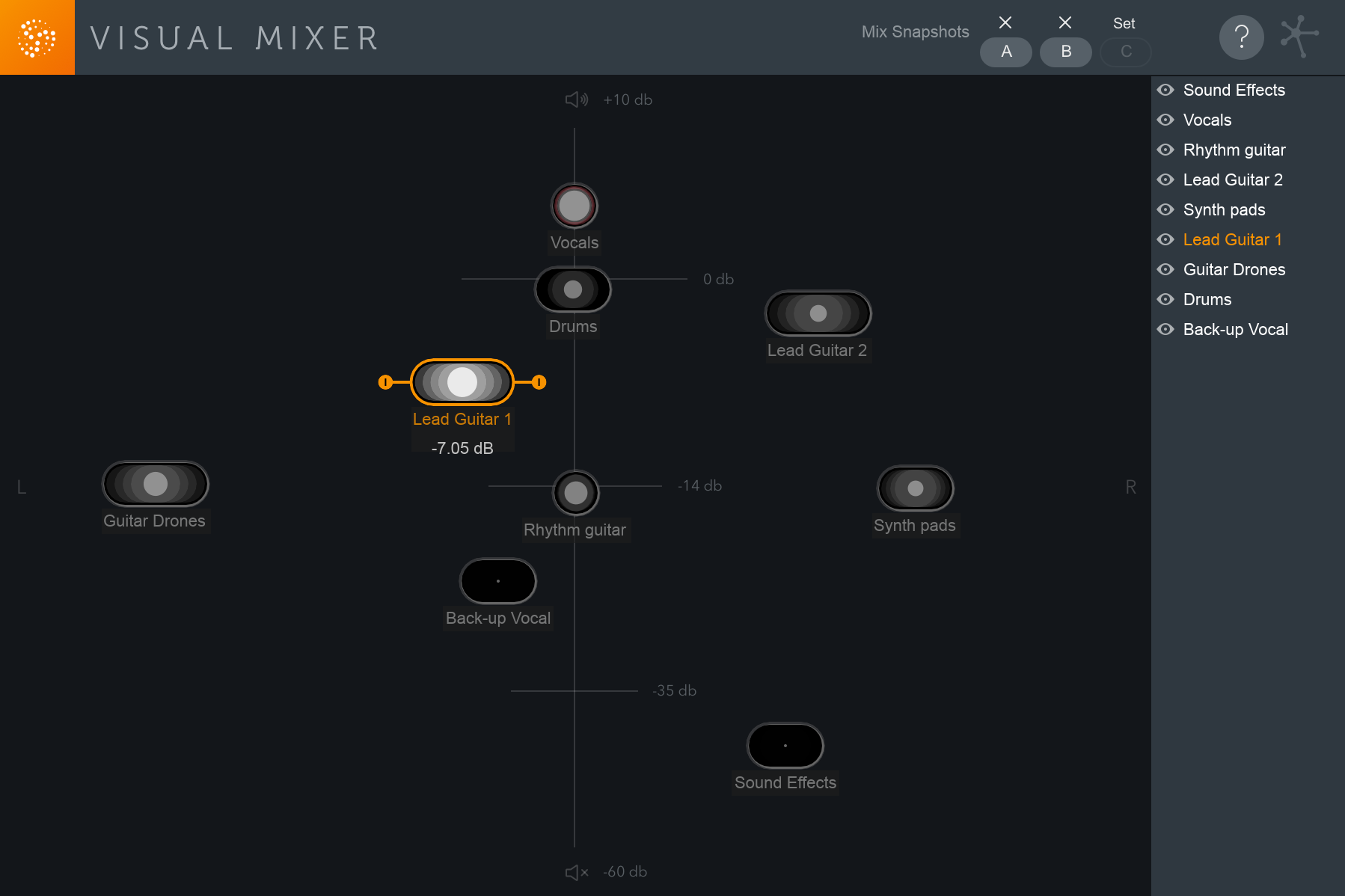 Since starting iZotope in 2001, I’ve observed countless musicians and engineers as they mix sessions, and I’m constantly surprised by how much time is spent opening and closing plug-ins, scrolling through a mix, and switching back and forth between individual tracks. As a composer and musician, I’ve imagined a workflow that allows the visualization and manipulation of an entire mix in one integrated view—with a goal of staying in the creative space.

We don’t hear music as tracks, so why should we work with music as tracks? I think this is one of the places where recording technology has gotten stuck. We moved to a workflow of separate tracks based on the paradigm and constraints of analog recording. Traditionally, control and visualization happened in hardware routed physically through cables in real time, so we ended up with the standard that each track has a single plug-in and the audio is processed separately, without access to the entire track or any context about the rest of the mix. As we moved to a digital paradigm, we didn’t rethink the approach—or reimagine what’s possible with the power of new technology.

With the introduction of the Visual Mixer in Neutron 2, we’re trying to change the paradigm of mixing. We’re imagining a future with creative possibilities driven by new classes of processing and control that work across multiple tracks—not to mention faster workflows.

We started down this path with Insight in 2012, which allowed visualization of multiple tracks in one window. We built on the approach with the first version of Neutron in 2016, which introduced a cross-track masking meter and inter-plugin communication. The masking meter is just a taste of the possibilities opened up when we analyze multiple tracks in a mix. The introduction of inter-plugin control optimized the workflow, allowing users to make adjustments on other tracks without leaving the current track—saving at least a few clicks and context shifts. With the latest version of Neutron, we’re taking one step closer to that imagined future. The new Visual Mixer creates a picture of the entire soundstage, giving users control over individual tracks and enabling them to quickly and intuitively set the contours of their mixes—all without leaving a single window.

You can start to imagine what might be possible as we refine this approach, creating visualizations that span tracks and processing that works across multiple instruments.

Pushing boundaries like this is not without hurdles, and Digital Audio Workstations aren’t built for workflows like these. To get the most out of the Visual Mixer, users will need to put a lightweight Mix Tap plug-in on each track at the end of the plug-in chain—the same paradigm as Insight and Meter Tap plug-ins to which users are accustom. Maybe Digital Audio Workstations will adapt to enable these sorts of paradigms, but even with the extra work, the improvement in workflow is worth it.

At iZotope, we’re always trying to challenge norms. With the Visual Mixer, our goal is to offer more than just a helpful feature—we want it to change the way we mix.

Learn more about the Visual Mixer in Neutron 2.