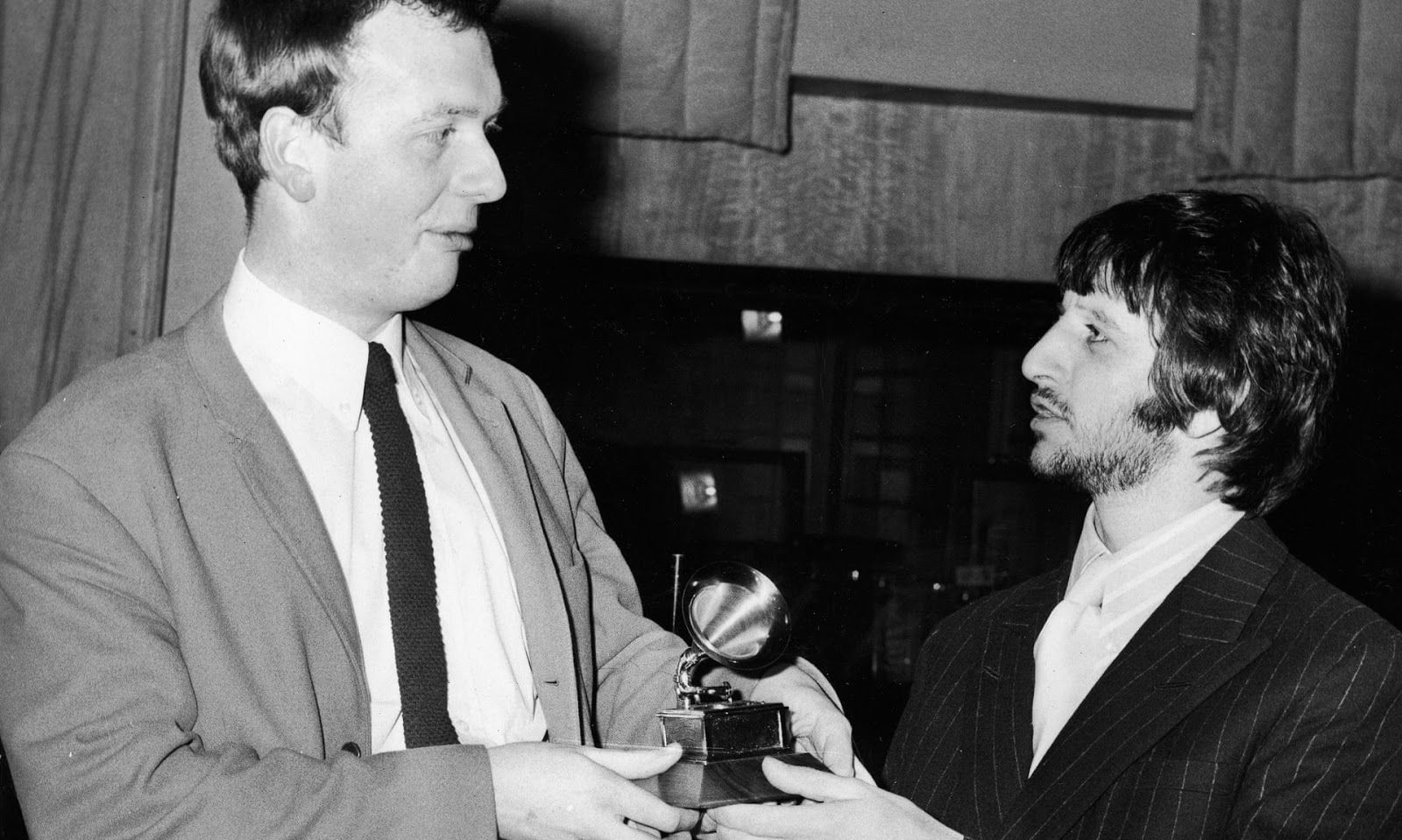 Today we remember noted Beatles recording engineer and studio pioneer Geoff Emerick, who passed away this week at the age of 72. We look back on his work with The Fab Four, and the contributions he made to recording technology.

From Revolver to Abbey Road

In 1960 Norman Smith, The Beatles’ engineer at EMI, was transferred to work with the label’s newest talent, Pink Floyd. The next day, at the tender age of 15, Geoff Emerick walked into EMI looking for work and walked out with a job as a recording engineer with The Beatles. Emerick was young, rebellious, and willing to break the stymied production rules EMI enforced to meet The Beatles’ creative expectations with creative recording effects.

Lennon wanted a guitar that didn’t sound like a guitar, keys that didn’t sound like keys, effects that had most engineers scratching their heads. Not Emerick. Experimentation was Emerick’s forte. He created new microphone techniques for recording bass and drums, pioneered novel vocal effects, and used reverse tape effects like those heard on the guitar solo of “I’m Only Sleeping.” Emerick’s fingerprints are layered deeply throughout The Beatles’ catalog—his techniques iterated and improved on many times over in modern studio recording.

To better translate Ringo Starr’s powerful drumming to tape, Emerick placed microphones closer than “allowed” at EMI to capture the often imitated propulsion of Starr’s drumming—like on the song “Rain.” Once, Emerick wanted a truly randomized rush of vocals, so he cut up the recorded tape, threw the pieces in the air like confetti, and stitched them back together at random. He was once found by an EMI executive dunking a microphone in a bucket of water to “see how it sounded.”

At 19 and chief engineer on Revolver, Emerick was still fielding requests for the impossible. On “Tomorrow Never Knows,” Lennon wanted to sound like the Dalai Lama and a thousand Tibetan monks chanting on a mountaintop. This sound-riddle’s answer was to dismantle the studio’s Hammond organ and use its rotating amp as a mic of sorts to give Lennon’s vocals an air of the organ’s iconic tremolo sound.

Tossing aside the industry rulebook is why we hear the power in Starr’s drums, clarity in Paul McCartney’s inventive bass lines, and why we gawk at Sgt. Pepper’s being recorded on only four tracks. Four. Emerick met and exceeded the creative expectations of The Beatles in the studio, and became influential enough that Abbey Road was almost called Everest after the brand of cigarettes Emerick smoked.

By 1968 The Beatles’ unglamorous and protracted feud had permeated the walls of Abbey Road Studios. Tensions were running high, creativity had taken a backseat to group politics, and Emerick had grown tired of it. In July he called it quits, and moved on to other projects.

After the group disbanded, Emerick began working in earnest with Paul McCartney, as he had grown to dislike Harrison, Lennon, and Starr—something mightily apparent in his 2007 autobiography Here, There and Everywhere.

With Emerick by their side, The Beatles’ fully embraced the creative potential of studio effects. Whether Emerick was transforming Lennon’s vocals into a chorus of Tibetan monks, or recording Ringo ‘wrongly,’ his sounds have shaped generations of music and recording production.