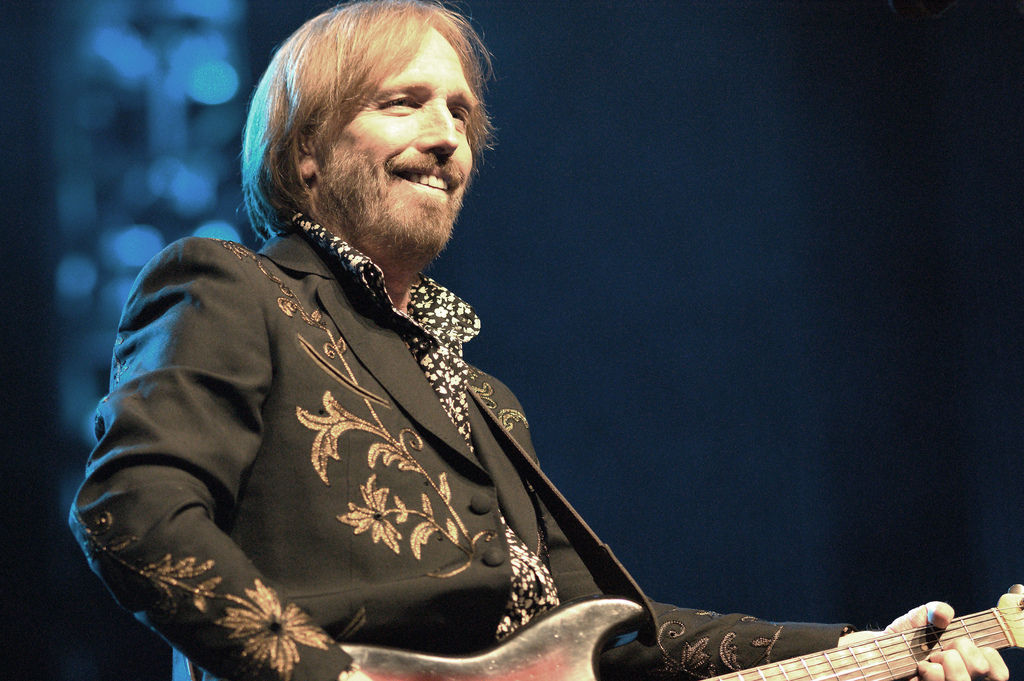 "Do something you really like, and hopefully it pays the rent. As far as I'm concerned, that's success." —Tom Petty

There's little doubt about it: Tom Petty was one of the finest and most accomplished songwriters to walk the planet. From the Heartbreakers to the Traveling Wilburys and everything in between, Tom Petty's unique recording style and iconic arrangements transcended generational appeal, and continue to be revered by old and young alike.

It’s been a little over a year since Tom Petty’s passing, and to celebrate his work, we’re revisiting patented Petty songwriting techniques and themes.

Like any artist worth their salt, Tom Petty’s body of work is varied and eclectic, but every single song that the musician has ever been involved with shares one common trait—authenticity.

Most of Tom Petty's albums, "Damn the Torpedoes" and "Full Moon Fever" in particular, possess a confident, melodic snarl, the type of which that you can only capture by lyrical phrasing and arrangements that are organic, rather than forced, contrived or (what is commonplace in the digital age) cut and pasted.

The songs "Refugee" and "Even the Losers," for example, are delivered with urgency and brought to life with a savvy use of dynamics, building up and dropping back down in all the right places. The use of dynamics in the majority of Tom Petty's work is often accentuated by the natural acoustic tones of the recordings themselves.

In an interview with Open Culture, Petty confirmed that he didn’t like the way that today’s digitization detracts from the quality of a song’s recorded sound. In fact, he believed that some modern recordings only deliver 5% of the quality of older, more analogue recordings.

Of course, that topic is heavily debated, but the point here is that Tom Petty held a great deal of value in people squeezing every sonic drop from their instruments, capturing the natural essence of the sound and ultimately creating something that sounds and feels authentic.

The virtues of groove persistence

In one of his last interviews based on his approach to the creative process, Tom Petty confirmed that a big part of his consistent songwriting success boiled down to persistence. This cast iron will to develop the ideas that arrived in his mind led him to some of his greatest moments of musical triumph—famously, “The Waiting” was one of those songs.

On “The Waiting,” one of Tom Petty’s seminal anthems, the chorus came fast but the rest of the arrangement took weeks to form. Knowing that he had something worth pursuing, Petty returned to his chorus frequently, experimenting with different elements including rhythm, speed and alternatives of his existing chord progression, and little by little, the song fell into place. In this case especially, the end result was well worth the wait.

Tom’s songwriting techniques and overall process often involved persisting with an acorn of an idea, developing the lyrical content and melody early on and writing his parts with the band in mind—if he couldn’t envision a groove or space for the band to take his arrangement to another dimension, Petty would often leave a song to settle until he could rework it accordingly.

Speaking in his conversion with Open Culture, Petty talked about how he would often make a basic home recording on an acoustic guitar before showcasing it to the band. After persisting with the song in rehearsals, he would wait for his fellow bandmates to confirm that the arrangement was “good,” and continue developing the tune in an open, collaborative environment.

Tom Petty’s thirst for groove and the cohesion he cultivated in the musicians he worked with become increasingly obvious the more you listen to his music. The song “Forgotten Man,” one of Petty’s most recent and arguably, ferocious, offerings, is a testament to the wider vision the musician had for his material, with a pounding, groove-sodden rhythm section that forms the  perfect foundations for the explosive vocal and guitar work that define the theme of the song—a masterclass in lifelong professionalism and persistence.

When questioned about the inspiration behind his songs, Tom Petty once explained that he never looked at the germ that kickstarted or drove his songwriting as he felt it was kind of creative magic for which he, like many of his legendary peers, served as a conduit.

Rather than analyze his creative process or put it under a microscope, Petty would pluck his ideas out of the air and capitalize on them as they entered his imagination, wherever he was in the world.

That said, one of the main methods the musician used to give each song, not only direction, but its own unique voice, was to pick a character for his narrative and step into his or her shoes. By doing so, he would set a tone, choose a theme and use these elements as a vessel for the song, shaping the way in which he sang, played and forged the beginning, middle and end.

Without a doubt, Petty delivered his music heart-on-sleeve, and songs like “I Need to Know,” written in the midst of the original Heartbreakers’ bassist, Ron Blair, leaving the band, demonstrate his dedication for meaningful, passionate delivery.

As mentioned earlier, one of the magic things about Tom Petty's songs is their mass appeal—the artist wrote for himself and everyone at the same time. And this is a talent seldom seen in the creative world.

Take “Free Fallin’” for instance. The opening track of his 1989 LP, Full Moon Fever, Free Fallin' plucked the ears of public consciousness during a time of musical transition, where a new wave of heavy rock came into fruition, and sociopolitical was making its colossal impact. Yet despite this, the song’s hook-driven lyrics, bright bouncing chords and bitter-sweet words of innocence, ambition and consumption had a cross-generational appeal, with Axl Rose and Slash even jumping on stage to perform the track with Petty at the MTV Music Awards. And in the grand scheme of things, “Free Fallin’” is just the tip of the iceberg.

A longstanding, self-made scholar of songwriting, Tom Petty held the art of the long-play record, or LP, in the highest esteem. The ability to tell an enthralling story in one single record is something that Petty not only found a songwriting skill unlike any other, but something that he had in spades, an inventiveness, passion, and pomp heard in his records right up until “Hypnotic Eye.”

Effortlessly separating the crafts of live performance and recording as well as articulate arrangement and on the spot improv, while having the endurance to see things through to the end,  Tom Petty propelled himself to legendary songwriting heights, offering the world an extensive selection of timeless tracks that will resonate in the hearts and minds of many until the lights go out—a creative legacy we as musicians or music fans can all learn from.