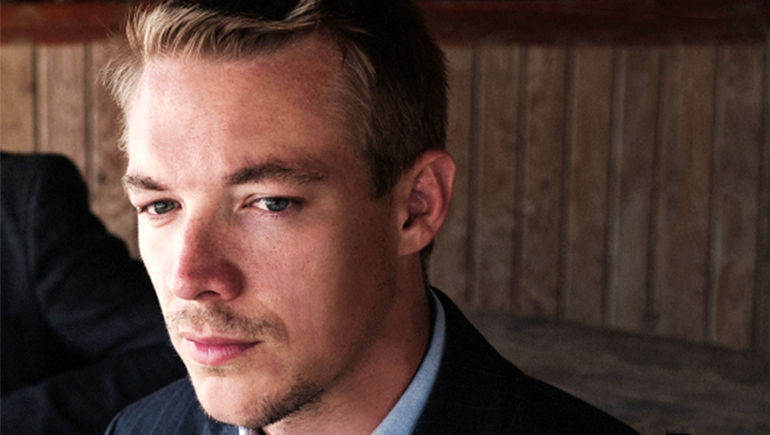 Diplo may have a childhood affinity for the Jurassic (tattooed on his scratching arm, even), but the GRAMMY-winning DJ, songwriter/producer, and label founder is no dinosaur when it comes to process. Crafting beats since the nineties from Philly to the Phillipines, the American-born global dance music sensation has reinvented his work and his process multiple times, sweetening the sounds of everyone from Madonna to Bruno Mars to Justin Bieber along the way.

Diplo’s evolution stems first from owning the ears of a fan, and second from a knack for remixing pop hits into dance anthems. As a producer his hyperdactyl influence has submerged more fingers than any human should have into some big pies: Ariana Grande, Snoop Dogg, Usher, Beyonce, Shakira, No Doubt, and even Capetown crusaders Die Antwoord. In his “spare time,” the 37-year-old Mississippi native remains a prolific composer of electronic music under the moniker Major Lazer and in the duo Jack Ü, with fellow club corsair Skrillex.

Part of that evolution comes by way of Jamaica, where he positioned himself as a sponge for Caribbean influences while recording the Major Lazer debut record with collaborator DJ Switch, who he’d previously worked with on the GRAMMY-nominated M.I.A. track “Paper Planes.” Embedding himself in the island dancehall scene and incorporating Latin beats from his last cultural immersion (in Brazil’s favelas), he whipped Major Lazer into a global rhythmic froth that rode atop a dance music wave in the late 2000s and eventually washed him ashore in Southern California to take a breath and accept some awards before ramping up Jack Ü with Skrillex.

Beatmakers have often been the driving force of pop music trends, importing club sounds from all manner of global dance capitals and breaking in through vast proliferations of mixtapes and painstakingly re-processed rhythms that keep the masses moving. Their ability to fill big rooms with several hundred people also makes them die-hard tour sloggers, and Diplo—especially with his extensive history of global musical collaborations—is a veteran of extensive self-proliferation. But in some special cases like Diplo’s, the sonic skills acquired on the fly as sweat paints the turntables translates remarkably well into studio magic.

Armed with a pantheon of multicultural influences and an ear for detail down to 128th notes, it follows as natural that when a guy as worldly as this starts to lay down tracks, there’s a lot to work with from square one. And it’s pretty well guaranteed that 99 squares (or tracks) later, you’ve got more than an aural painting; you’ve got a fully immersive, 3D-rendered sonic environment. With Diplo, sometimes that also means all sorts of weird shit stemming from making music out of random sounds or purely experimental mixing.

A few years back, Diplo added iZotope’s Stutter Edit to his mixing toybox, and it totally fit the mad scientist’s m.o.:

"How is Stutter Edit to use? Rad. The live triggering of effects allows a musical approach to editing that really encourages experimentation. It sounds great on everything: vocals, synth bass, guitars, drums, even entire mixes."

The versatile and intuitive plugin maximizes the mixer for performers and producers who play effects like instruments, and whose approach is highly improvisational or experimental. For Diplo, it’s a no-brainer that equates to something like multi-instrumentalist performance:

“I still don’t know when things will work,” he told a Huffington Post reporter who was interviewing Major Lazer at the 2013 Coachella festival in Indio, California. “But I’m out there and I’m trying shit. What we lack in actual musicianship, we make up for in courage.”

Diplo also seems to have been able to translate his people skills and global cache into serious entrepreneurship, running his independent record label Mad Decent essentially from his laptop and quite often beating the majors to signing and profiting from some of the hottest dance music artists. Sometimes, the Internet-savvy of Mad Decent even randomly pierces the charts with things like Baauer’s viral Harlem Shake, which inspired a world-wide, user-generated dance phenomenon that ranked up there with Korean superstar Psy’s Gangnam Style. (It also led to a messy legal tangle over unlicensed samples that served as a lesson to anyone who uses others’ music in a commercially released recording in the digital age, but that’s a topic for another post).

Ultimately, in both his music and his business dealings, Diplo keeps winning by always betting on the next generation of fans. “We don’t make music for old people who have built-in expectations,” he sums up. “When older people start hating on you, just aim for the younger kids. They’re very animalistic and instinctive in terms of what they like.”

And sometimes, what they like can generate millions of dollars.

But for the one-time teacher of at-risk kids in Philadelphia, money seems more akin to sound than paper—a fluid thing that can be coaxed into running toward you, away from you, or even into really positive, useful directions like into Heaps Decent, the nonprofit he co-founded with Australian DJs Nina Agzarian and Andrew Levins. The organization was conceived to help just such disenfranchised young people realize their own creative expressions through education and Internet-based collaboration with and connection to larger creative communities.