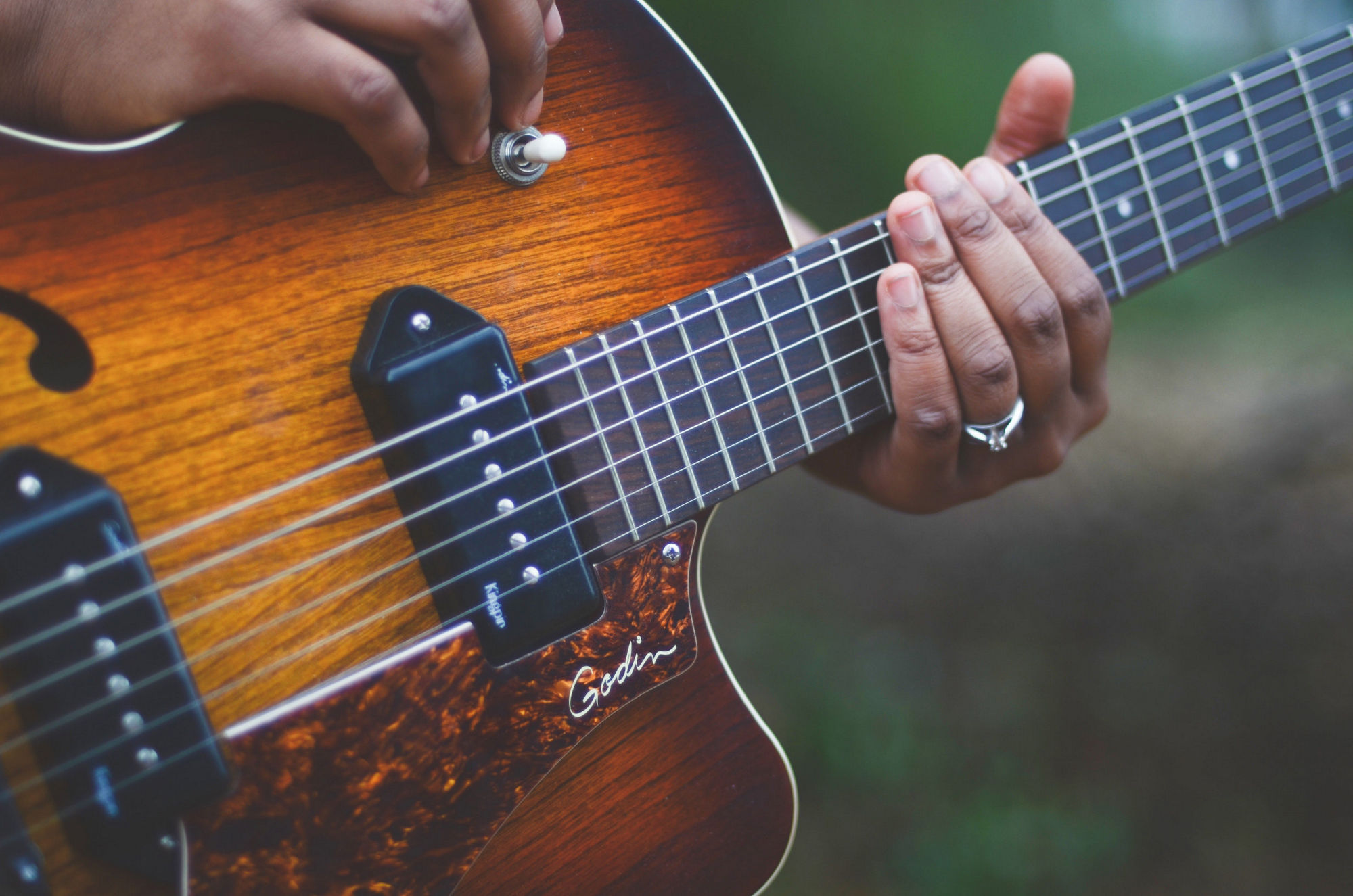 Upon first listen to a diminished chord, it might be easy to think that it doesn't have many applications in your music. But in actuality, the diminished chord is a common appearance in popular music across many genres and moods.

While the topic of diminished chords could practically be the focus of an entire book, in this post we’ll take a look at what these chords are and a few ways you can start using them without getting lost in theory.

What is a diminished chord?

While the diminished triad is a chord in itself, you can think of it as the common building block used to create its big brothers: diminished 7th and half-diminished chords.

One of the most popular uses for the diminished chord is as a bridge between two other chords. The diminished chord works so well for this purpose because it contains a high amount of tension. This tension gives a sense of release once the progression arrives on its destination chord. Not only that, but the diminished chord creates a stepwise motion in the root notes of the chords—where they move up in half-step increments —which sounds pretty slick and adds a powerful sense of movement to your piece.

As a songwriter, we can take advantage of these properties to make our songs more interesting—let’s see how a few musicians have done it:

One great example of a diminished chord used in this manner is in George Harrison’s classic, “My Sweet Lord.” The song’s main riff starts at about 16 seconds, where the chords alternate between E major (the tonic chord because the song starts in the key of E major) and C# minor (the iv chord, being at E major’s 6th scale degree). At about 26 seconds, the chords change, and you can hear an F diminished chord. This F diminished chord works as a bridge a half step between the E major chord and the F# minor chord.

Hear the tension that is created by the diminished chord, and the release that you feel once the F# minor chord is reached. In fact, the melody even outlines each note in the chord! This change takes the song’s relatively static feel and imbues an emotional gravity that compliments the lyrics of the song.

Another great (and more upbeat) example of this use of the diminished chord is the song “Losing You” by Norwegian indie-pop band Boy Pablo. The song is in F major, and in the first chorus (which starts at 00:51) the songs moves from the F major tonic chord, to Gb diminished (at 00:54 for two bars in this case), to G minor.

Although this song is considerably livelier than “My Sweet Lord,” you can hear a similar emotional gravity from the diminished chord. You can also hear how the lyrics capitalize on the tension of the chord, with the perhaps most poignant phrase of the song “feel like I’m losing you” being sung over it.

Take your music to the next level

Go even further with diminished chords and play with their sound and texture with iZotope's Music Production Suite, filled with production, mixing, and mastering plug-ins to help you get the sound you're looking for in your DAW.

How to use a diminished chord in the same way that these songs do:

1. Build your major tonic chord (called “I” in jazz notation)

2. Follow with a diminished triad or diminished 7th chord a half step above your tonic chord (called “bii°” in jazz notation)

3. Finish with a minor chord a half step above your diminished chord (called “ii” in jazz notation)

Leading to a vi chord

Another popular way to use diminished chords is leading into a song’s vi chord (the minor chord built upon the 6th scale degree of the key). This use, similar to the I-ii bridge, takes advantage of the diminished chord’s ability to lead the listener’s ears in a certain direction.

“Stay with Me,” by Sam Smith is a great example of the diminished chord leading to a vi chord. The song is in C major, and the chord progression throughout the song remains A minor (the vi chord), F major (the IV chord), and C major (the I or “tonic” chord). To spice up the chorus, Smith and his co-writers added an Ab diminished chord to lead into the final repetition of the progression. This can be first heard at 50 seconds under the word “darling.”

This is a particularly clever use of the diminished chord—it saves this change to set up the most lyrically important moment of the song: the titular “stay with me” at the end of the chorus. This may seem like a small thing, but the diminished chord is what adds the emotional tension that makes the chorus so powerful. Without it, the song might sound repetitive and bland.

How to use a diminished chord in the same way that these songs do:

1. In a major key, identify your vi chord (the minor chord six scale degrees above your tonic note)

2. Build a diminished triad or 7th chord a half step below you iv chord

3. Resolve to your vi chord

Diminished chords may not be the most obvious chord to learn and apply, but they can add a sense of richness, tension, and release to your music that can be accomplished by any other chord type.

And as you can gather from its sound, diminished chords don’t feel stable to the listener; it’s not the type of chord you might linger on for too long or perhaps end a song on, but that same instability is also what makes diminished chords so rewarding in a chord progression.

Learn more about creative chord use: