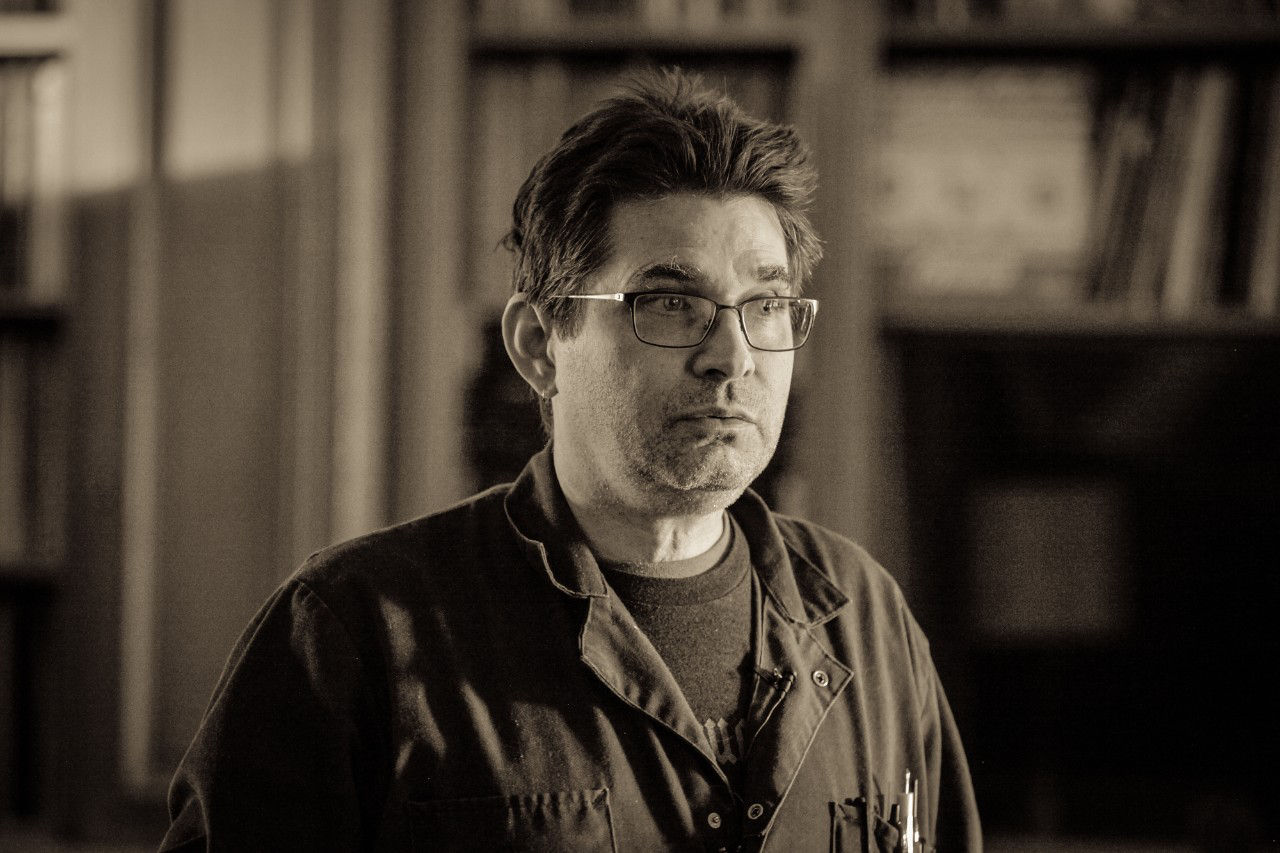 Steve Albini is one of the most influential recording engineers in music history. It’s estimated that Albini has worked on several thousand albums over the last 30 years, a handful of which have gone on to achieve universal acclaim and success—Nirvana’s final album In Utero, The Pixies’ hit single “Where is My Mind?”, PJ Harvey’s masterpiece, Rid Of Me, are just several in his lengthy cannon. His staunch ethics, his anti-major label stance, and strict moral code regarding affordable rates made him one of punk and alternative rock’s most sought after recording engineers of all time.

But more so than his philosophy, his techniques are what attracts his clients. Albini’s productions are unmistakable to any ear: naturally gated reverb, bone dry guitar takes, a visceral rawness and impatience in vocal takes. He tries to avoid artificial effects wherever he can, supplementing reverb and delay plug-ins for tile bathrooms or storage closets. His drum sounds are usually slightly distant but punchy, the vocals right in front of you, and the guitars practically spitting in your face.

Spire Studio’s simulators make it possible to seamlessly emulate Steve Albini’s production techniques. Using the Spaces and various amp simulation options, let’s break down some signature approaches and construct our own example from the ground up. 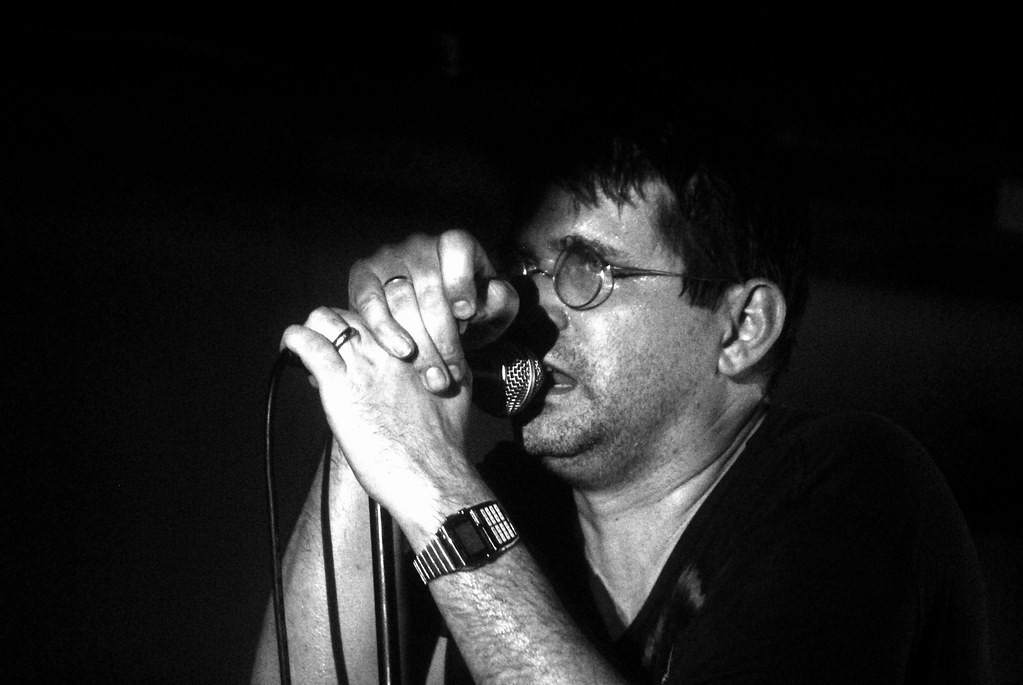 Steve Albini at the mic

Steve Albini believes that if your band has a great drummer, everything else will fall into place. His drum recordings are easily the most identifiable of any recording engineer out there, and the better drummer you have, the better the Albini recording.

His signature technique for drum recordings is to use a natural reverb to make the drums sound as if you are in the room with them. He likes to use plenty of room mics and prefers to experiment with recording drums in tightly reverberated rooms, like tile bathrooms. The drums on Nirvana’s In Utero were recorded with approximately 30 microphones in the studio’s kitchen.

The best way to achieve Albini’s reverb techniques on Spire Studio is to use one of the Spaces. Try using the Warm Voice Space for recording your drums. Of all the Spaces, Warm Voice is the tightest and most subtle. If you turn both the Character and Amount knobs off, the Space will have an excellent natural-sounding reverb that feels gated and tight.

Let’s build off of this drum track using the Warm Voice Space.

To best understand where Albini stands regarding bass tones, listen to one of his own songs. His group, Shellac, has a gutsy rocker, “Ghosts,” that revolves around an unapologetically crunchy bass line; many of his recordings feature a similar bass tone.

Achieving this tone with the Bass Amp is a simple task. You’ll want some significant drive and presence to bring out the high end crunch on your tone. Applying the Boost is also advised.

Here’s an Albini’d bass track mixed with the drum track: 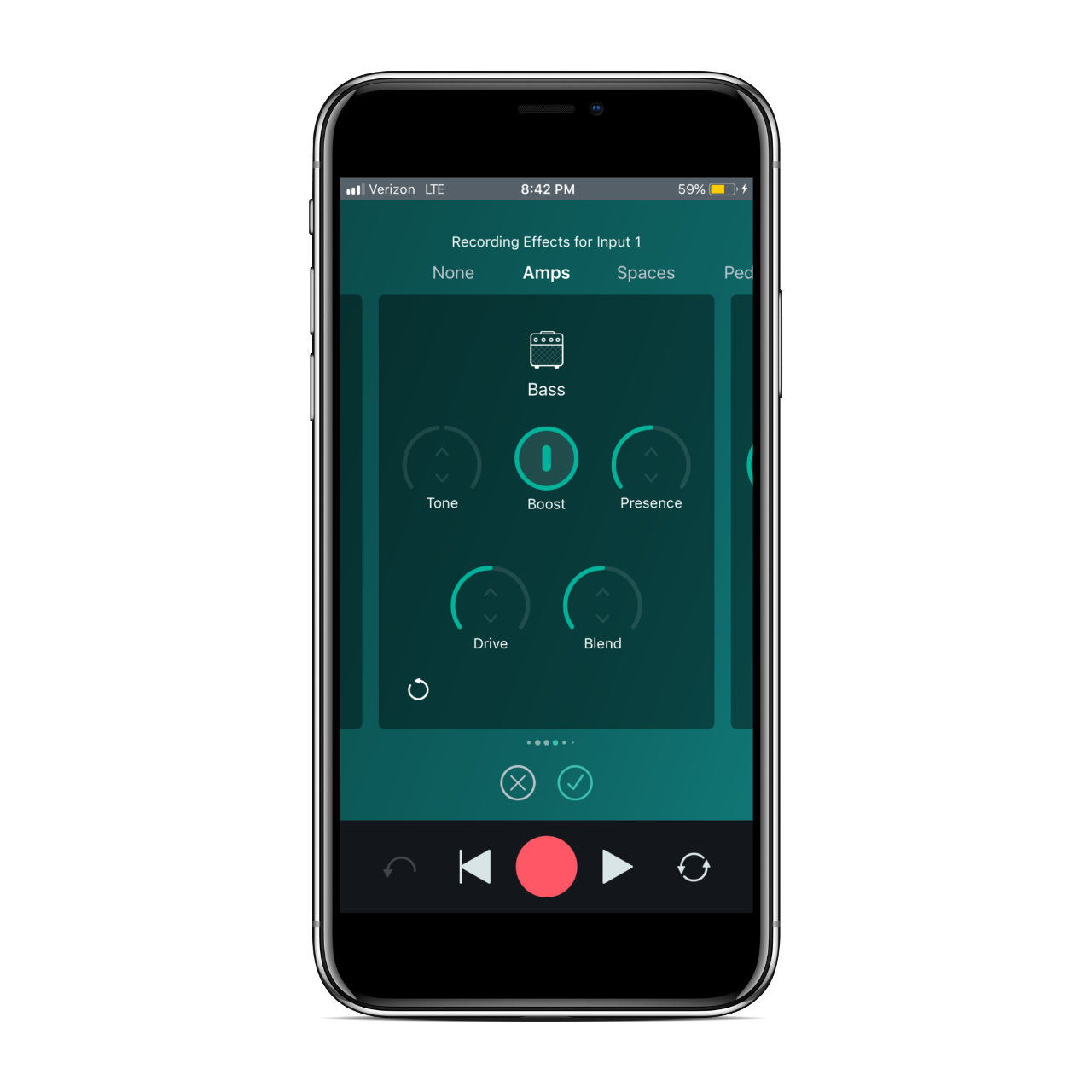 Steve Albini likes his guitars scratchy, raw, and dry as hell. Take the Pixies’ “Something Against You” as an example; the tracks are imperfect and entirely unmodified. That’s how Albini operates.

He has a tendency to work with bands that use the loud/quiet dynamic model, so getting a range of guitar sounds is pretty easy to accomplish. You’ll want to find at least two different guitar tones for your song to match this dynamic.

For your “quiet” guitars, try simply using the bass amp—I’d recommend using the same settings as the bass track for optimum crunch and dryness. Give your guitar plenty of high end and definition using your pickup knobs.

In this example, there is an extra “quiet” guitar track that uses Warm Space to emulate the natural gated reverb sound.

For your “loud” guitar, there is no better option than the Echo Fuzz amp simulation. Turn the delay and delay time all the way down to get the most dry, prickly sound you can. Turn the distortion and tone around the halfway point, and be generous with the feedback. For a mix reference, let’s use one of the biggest songs Albini has ever worked on—Nirvana’s “Heart Shaped Box.”

The drums are forward and center, while the reverb pushes them slightly to the back. The crunchy bass track is full and centered, hovering just below the surface. The guitar tracks are all flanked to either side of the panning spectrum and tucked on either side of the drums.

Listen to the example below to compare, and check out the mix settings on Spire’s mixing board. 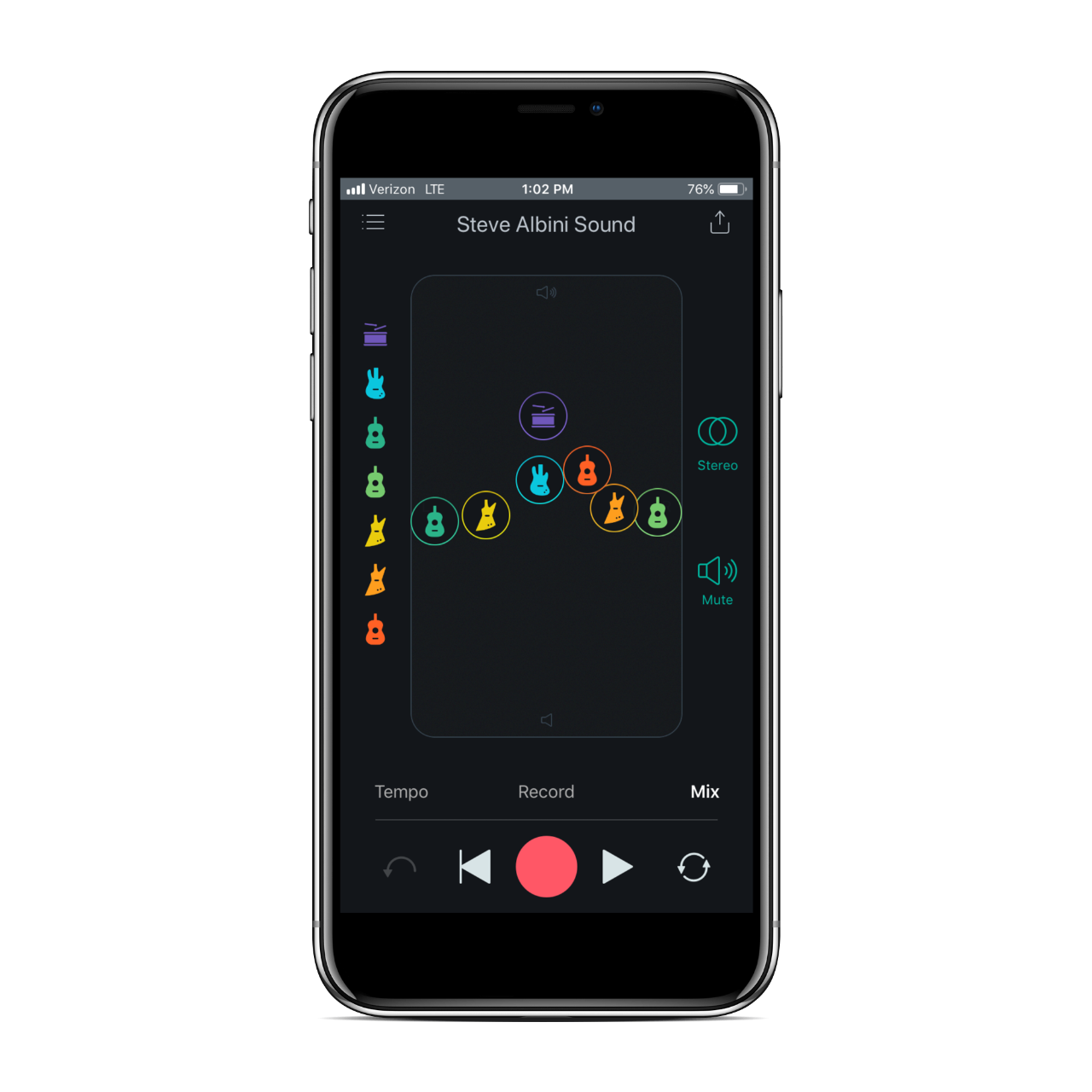 Though it seems like an impossible task to emulate Steve Albini’s legendary techniques, it’s surprisingly simple to try out using the Spire Studio. By using the Spaces to record drums, the sturdy Bass Amp for a crunchy bass tone, and the powerful Echo Fuzz for guitar tracks, you can let your Albini influence roam free in your own recordings.