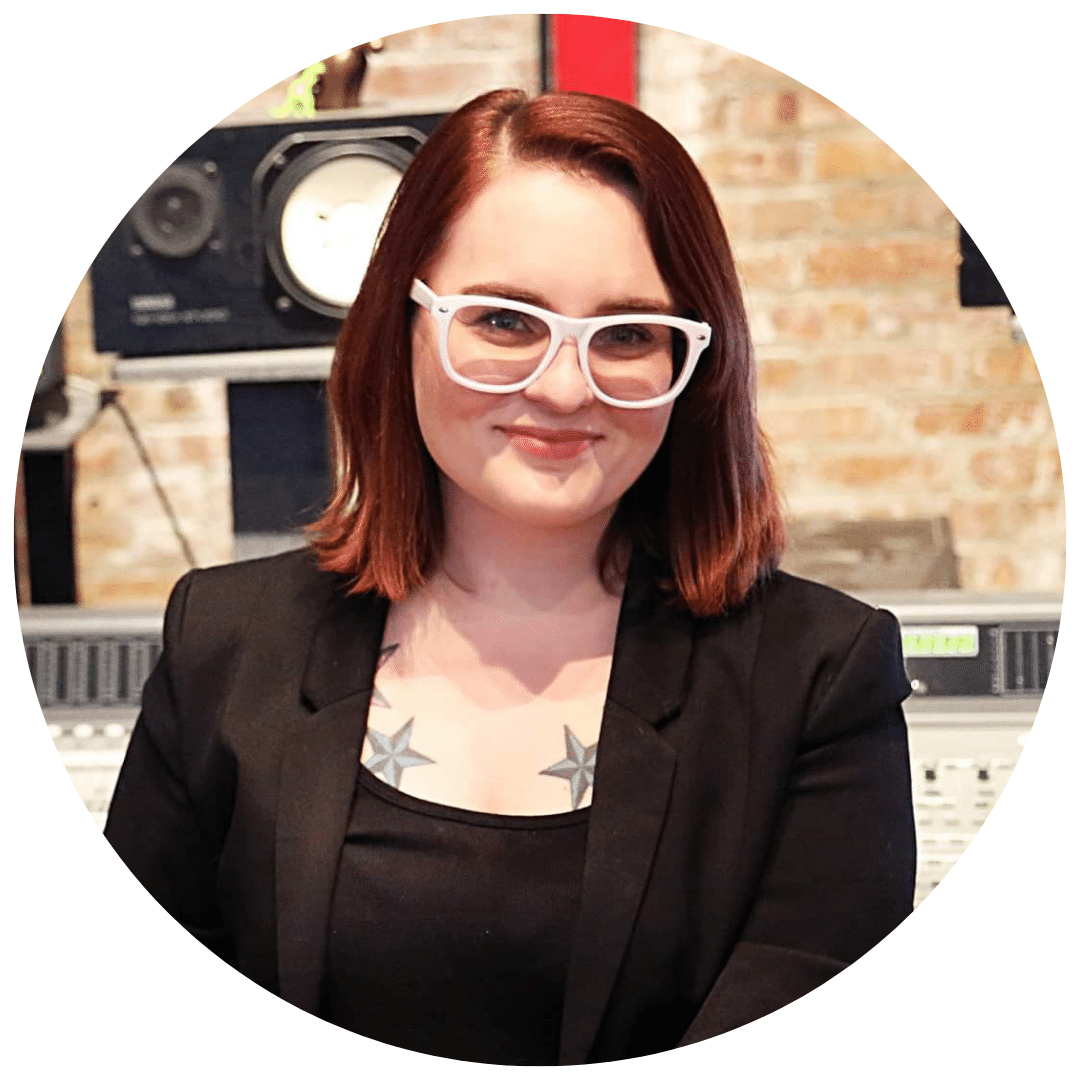 Audrey Martinovich (she/her) is an Audio Engineer and Music Producer based in Madison, Wisconsin where she co-owns and operates Audio for the Arts Recording Studios, and specializes in recording acoustic instruments and voice.

She’s worked on a bit of everything from recording and mastering for Wisconsin Chamber Orchestra, to engineering multiple live stand-up comedy albums for Comedy Central, and even running live sound for Reebok on a barge floating in the middle of Lake Monona. She has also mentored newer engineers through programs with SoundGirls and GRAMMY U and teaches at Edgewood College in Madison.