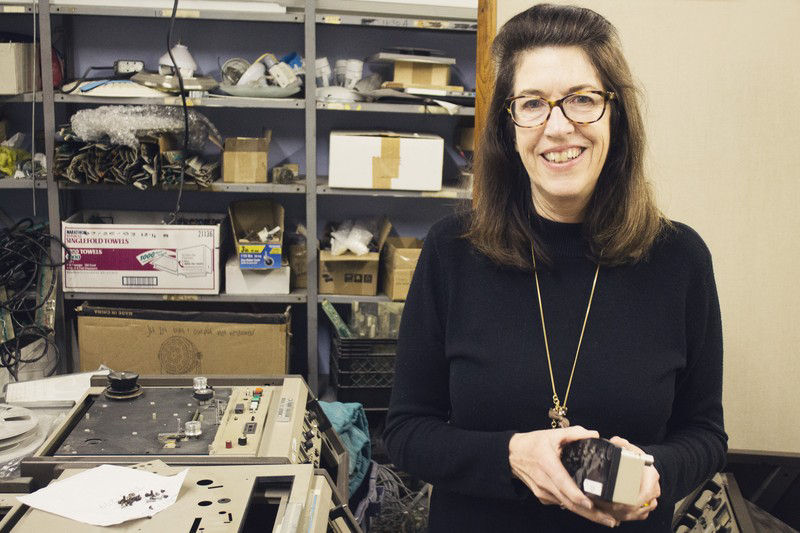 iZotope was fortunate to have Dr. Susan Rogers come speak about her remarkable research in music cognition and psychoacoustics. While she was visiting the office, we couldn’t resist the opportunity to ask some questions about the beginning of her career. Early on, she established herself as one of the most successful engineers of her generation through collaborations with Prince, David Byrne, Barenaked Ladies, Paul Westerberg, Michael Penn, and many others.

In this first post of a three part series, we asked Dr. Rogers about Prince’s “sound” and how she got started with him. The timing couldn’t be better, as the anniversary of Purple Rain’s release is June 25, 1984—one of the first records she worked on during her long tenure with “The Artist”.

How it all began

“When I first went to work for Prince, it was August of 1983, and I was hired as his technician. He had bought a new console. He was getting rid of the Soundcraft in his studio and he had bought an API from Westlake Audio. So my first job was to pull out that Soundcraft, install the API, and fix his tape machine—an old AMPEX MM1200. It took about a week to get him up and running. After that, he just sat me right in the engineering chair.”

“Shortly after that, he needed to go out to Los Angeles because he was doing pre-production for the movie Purple Rain, so I had some time in the studio. He let Jesse Johnson, his guitar player at the time, use the studio and told Jessie, ‘Susan’s here. She’ll help you.’"

“It was Jesse who taught me what to listen for. He said, ‘Hi-hats are always panned to the left. His rhythm guitar is always dry, through direct box. The rhythm guitar goes on the left, and the ride cymbal always goes on the right. Here’s how you want your kick to sound. Here’s the frequencies you pull up. Here’s the point you want on the kick. Drums are always panned drummer point of view.’ That’s an approach I always loved, to this day.”

“Jesse was such a sweetheart. He said, ‘This is his sound. This is what he likes.’ We spent a week together working like this, and that was invaluable for me.”

'This is his sound. This is what he likes.'

“Prince used the Linn LM-1, not the Linn Drum, which was the better model that came out afterwards. [The LM-1] was crystal controlled—that’s what coordinated the beats and the timing of it, so it was heat sensitive, and you’d have to plug the thing in and have it warm up. You couldn’t let it get too hot or your step would start to drift.”

“It was really old school, because it was expensive at the time. It was thousands of dollars to buy one. But Prince liked it because on the back of it there were individual outputs for every individual sound, and there was a tuning knob for each individual sound. You could individually tune every drum that you wanted.”

“He liked to take a percussion mix that would come out of the output of those little faders and run it through his Roland and Boss effects pedals. So, let’s say for example, the hi-hat, cymbals, cabasa, and claps might all be running through a Boss pedal where we could add distortion. We had that heavy metal pedal, the brown one. He had the orange distortion pedal, and the delay, the blue one.”

Stay tuned for the continuation of this interview, where we learn more about Rogers’ career and her thoughts on the Prince archives.

You can read more about the process behind Purple Rain in this 2014 interview with Dr. Rogers in Vibe Magazine, and hear a recent interview with her remembrance of Prince on CBC radio.