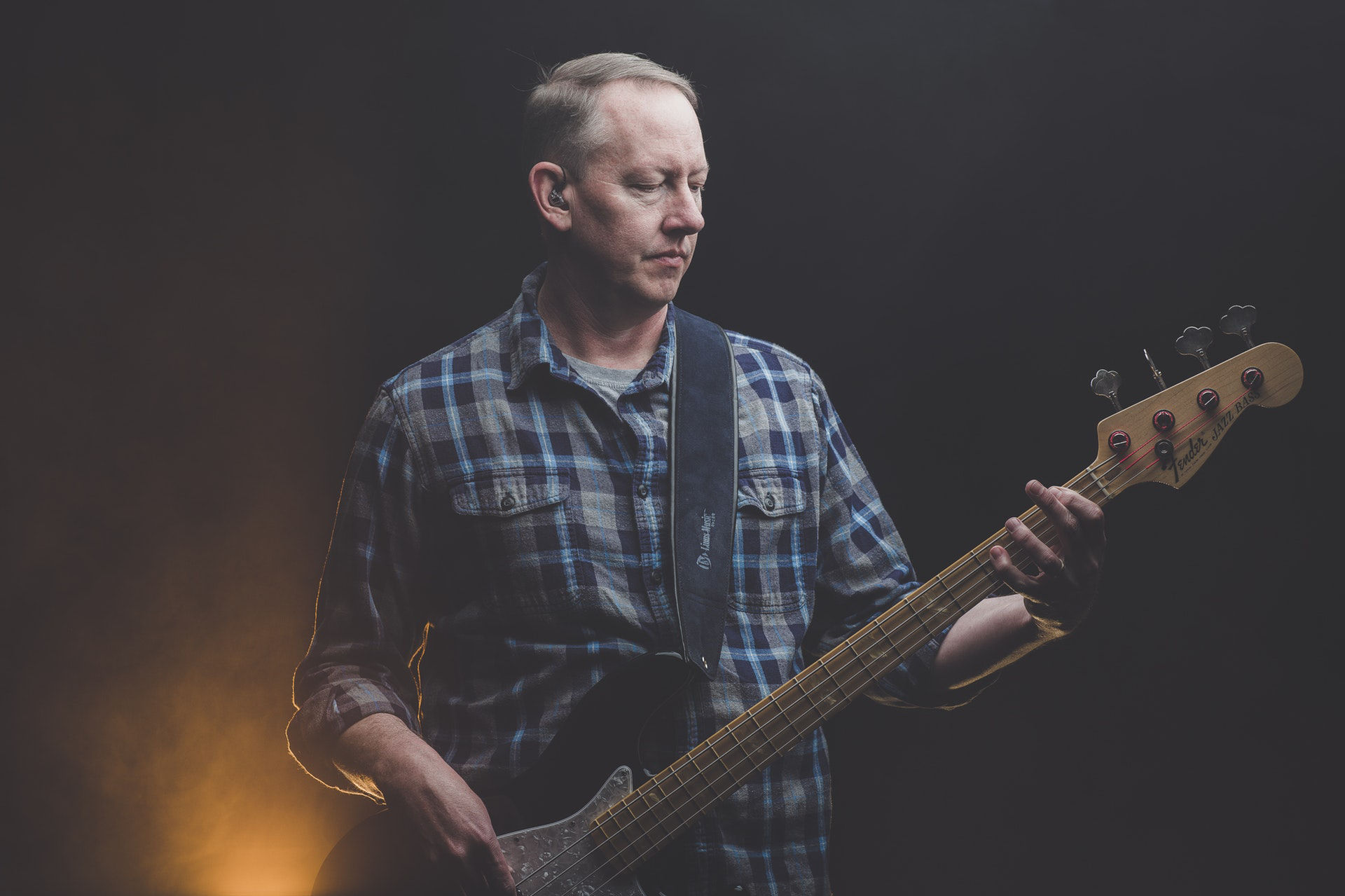 Alongside the drums, the bass guitar is the backbone of almost any band, driving the song forward while complementing the other instruments in the mix or arrangement.

While the bass is often overlooked in favor of flamboyant guitar licks or anthemic vocal chimes, when locking into a solid groove, it’s an instrument that has the potential to shine brighter than a Pink Floyd concert on a rainy winter’s night.

A bass groove can make or break a song arrangement, taking it from musically mediocre to sonically epic with a small selection of well-timed notes.

Creating the kind of bass grooves that will make your music stand out isn’t as tough as you might think, even if you’re not a prolific bassist. And we’re going to show you how in simple terms with our step-by-step bass groove creation guide.

But before we do, let’s look at the anatomy of an exceptional bass groove.

As a musician, producer, or songwriter, you no doubt know about the likes of Flea, John Paul Jones, and Jaco Pastorius—all epic groove masters known for taking the bass from rhythm to lead with their iconic styles.

While these guys are or were able to show off and take a walk at will, they all have one thing in common: they served their core role before doing anything showy or technical. In short, they picked their moments to shine, sparingly, and always put the bass groove first.

Before we explore our bass groove examples, let’s consider the dos and don’ts of creating a solid bass groove:

1. Build your groove around the root notes of the arrangement.

2. Make sure the main or ‘anchor’ notes of your groove lock in with the kick and snare, or if the song is acoustic, or semi-acoustic, ensure it locks in with the main chord changes and dominant (or most prominent) rhythmic patterns.

3. Add additional notes, fills, and elements of flair tastefully, making sure they add value to the song.

1. Fill space needlessly. Remain silent or let your notes ring out if it benefits the feel and overall sound of the song.

2. Overuse busy or ear-pleasing fills or runs; this will only serve to muddy the music, detract from the core groove and take away the impact of your impressive handywork. Playing something epic consveratively and when the time is right will pack much more of a musical punch.

3. Play a groove or bassline solely to showcase your skills and distract from the song’s most powerful nuances, parts and melodies.

With this in mind, here are two definitive bass grooves that are strikingly different but noteworthy in their own way.

A funk-infused rock song, “Dani California” has a bouncy verse rhythm that offers space, something that Flea has used to his advantage. The three main elements that make this bass groove so successful are timing, cohesion, and taste.

Not only does Flea ensure that his root notes lock in perfectly with Chad Smith’s kick and snare hits, but they also mesh with John Frusciante’s dominant chords to create the song’s incredibly powerful and cohesive verse parts. From these foundations, Flea uses additional notes from relevant scales and arpeggios to give his groove extra flavour—where space allows—making it a formidable part that adds an extra layer of depth to the arrangement.

Erma Franklin “Piece of My Heart”

While Janis Joplin’s version is also incredible and boasts an epic bass groove, this quintessential piece of four-stringed soul work from Sam Dixon could be considered as the unsung linchpin of the entire song.

Like Flea’s “Dani California,” Dixon ensures the leading notes of each bar follow the progression seamlessly while locking in at the heart of the kick and snare strikes, but what’s particularly amazing about this groove is its feel. Incredibly, Dixon plays the verse conservatively but with complete fluidity, using the song’s rhythm to create space, adding syncopated notes into the mix at opportune times to provide extra melody, before getting busier in the bridge and breaking into a standout chromatic run in the chorus—a real masterclass in bass groove creation.

To demonstrate an effective process for creating simple yet functional and effective bass grooves for your music, I've created four samples using my Spire Studio.

So you can drill down into the anatomy of the bass groove, these are bass guitar-only samples, building on this groove or line which moves between the root notes of A and G.

Once you’ve locked into you core groove or movement, identifying your root notes and following the primary rhythm of the song, you can add additional root notes and passing tones at your leisure. This will add a little extra spice or buoyancy to your groove where need. In this case the passing tone I play is G sharp: the note between A and G (and vice versa), when moving between the two root notes of the groove.

Bonus tip: If you would like to add extra notes to your bass groove and you’re playing on the dotted frets of your bass, open and close your finger, using the open string you’re playing to add tonal flavor.

Once you’ve added a little extra spice to your bass groove with passing tones and the tasteful use of additional root and open string notes, play around until you spot an opportunity to add a slide into mix. Slides should be used sparingly and worked on to ensure that it doesn’t fall out of key; you can achieve this through trial and error.

Another technique used in this sound clip is letting a note lag ever so slightly on the approach back to the A to punctuate the groove. To do this, you must make sure that it is still fundamentally in time, working as a functional quirk rather than an awful blunder, which takes practice. You must also use this particular technique very sparingly to avoid your groove sounding sloppy.

Now, rather than scouring the fretboard in search of cool notes to use (at first, anyway), you can use the fifth associated with each chord in the progression. The fifth simply means the fifth note in the major scale and it is found one string below the root note, and two frets along. This video demonstrates the concept.

The fifth note works wonderfully for almost any style or genre, whether major or minor, and due to its positioning, it will allow you to add well-timed notes at your leisure,  giving your grooves even more feel and personality. In the sound sample, I have used the fifth note on both the A and the G parts of the progression.

Finally, once you’ve established your groove, thrown in a little flair started to rock those fifths, you can use this as a template to experiment, adding fills, new notes and runs as you see fit.

For the best results, you should keep in mind whether you’re playing in a major or minor key and make note choices accordingly. Gaining a basic understanding of scales and arpeggios will help you, but to save you time initially, you can simply feel your way around your line, remembering the dos and don’ts of bass groove creation as you go.

In this final sound clip I’ve used elements of these box shapes as well as an additional note or two for seasoning, using the previous bass groove I built as a foundation.

Ultimately, bass grooves are all about taste, feel and knowing when to play as when as when to stay quiet. Follow these tips, trust your creative intuition and you'll be grooving away like a champion in no time.