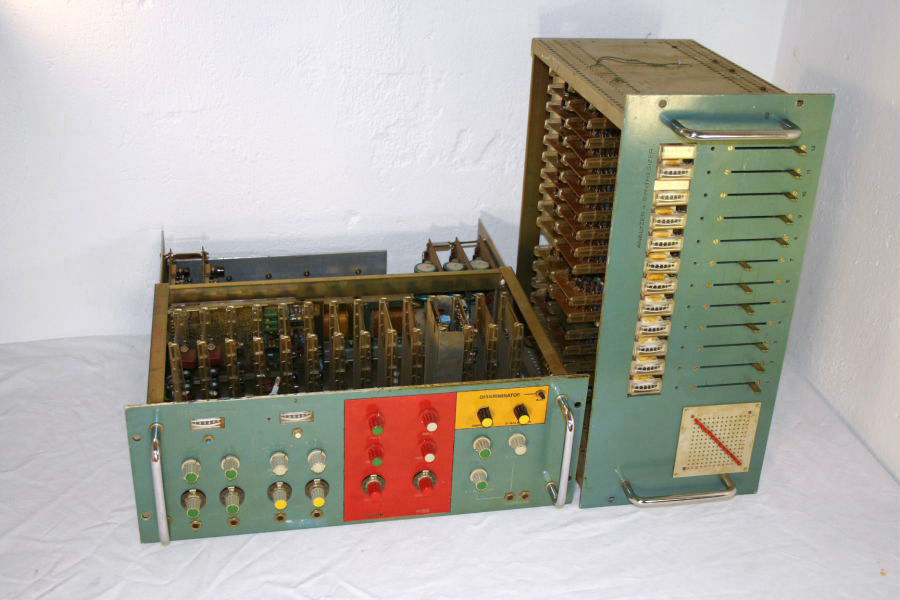 Throughout recorded history, producers have sought out “the new” through a study of the recorded, synthesized, or enhanced human voice. Emerging from an early need of engineers to capture voices accurately for radio broadcasts and early recordings, voice synthesis soon grew to encompass many creative applications. The notion of overdubbing multiple voices in harmony, or multitracking the lead vocal to create a natural "doubling" effect, became popular.

It didn’t take long for vocal sounds and textures that were heavily reliant on manipulated production processes to offer new areas of creativity—vocoding is one such technique. In this blog we’re going to look at the history of vocoders and how they work.

The vocoder didn’t actually start life as a musical instrument. Instead, in the 1920s, Homer Dudley at Bell Labs created a device whose function was to make it easier to transmit telephone conversations over long distances by reducing bandwidth. The design of the vocoder broke speech (as an input signal) down into multiple bands, retaining only those necessary for speech intelligibility. This lower-frequency transmission allowed telephone conversations to remain audible, while requiring significantly less copper wire than a full-frequency equivalent, thus increasing bandwidth.

This technology was quickly pounced upon by the military, and an enhanced version of it was used to scramble transatlantic conversations between Churchill and Roosevelt during the second world war.

Fundamentally, successful use of a vocoder requires a blending of two sources, the first of which is usually a human voice, which is called the Modulator. It provides an input signal which is broken down into a number of bands (as per Bell Labs’ original design) using filters running in series. There’s also the Carrier, the synthesizer component of the vocoder, which substitutes a traditional Oscillator stage by using a frequency analysis of the Modulator as an audio trigger. In other words, singing into a microphone and then playing keys on the vocoder will trigger the pitches played, producing a multi-voiced, harmonized, and otherworldly performance interpretation of the words and notes you sing. 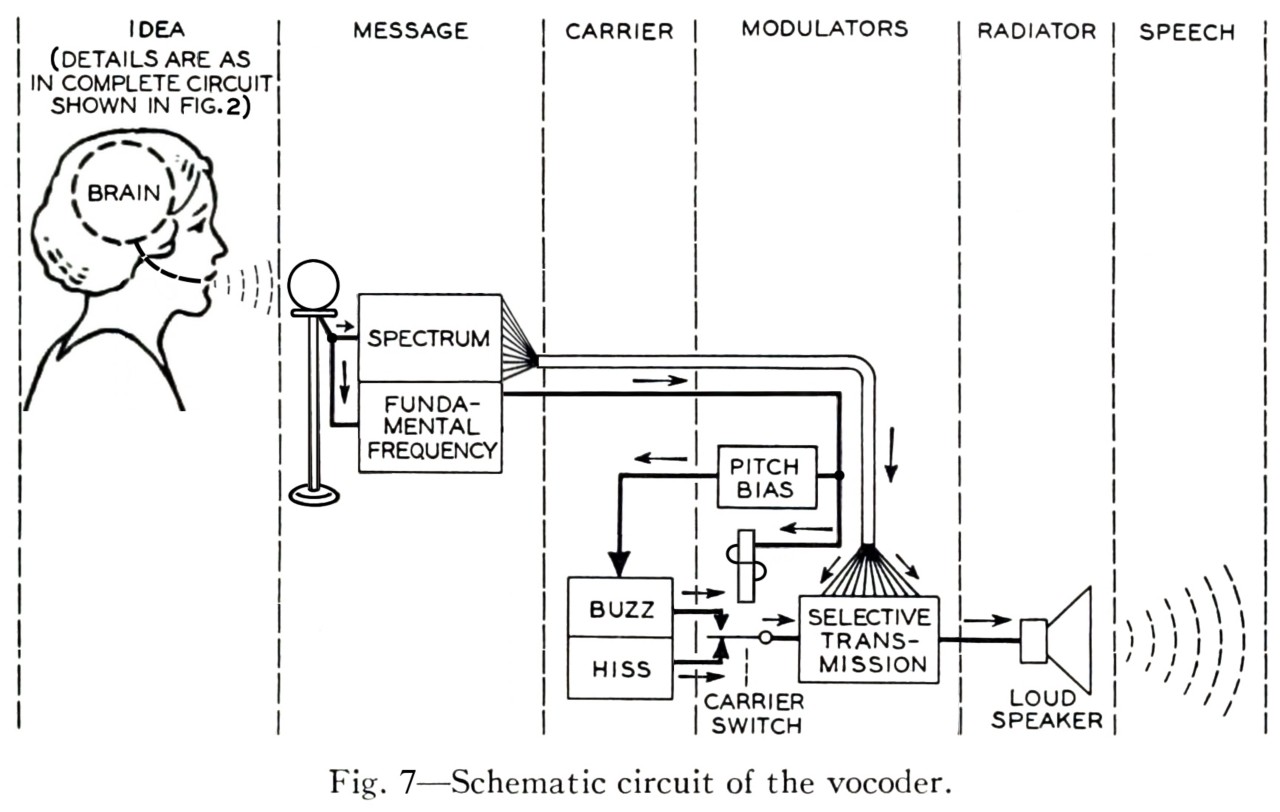 In the early 1970s, Moog developed a vocoder with Walter (later Wendy) Carlos for the soundtrack to A Clockwork Orange, while the late 1970s and early 1980s represented the vocoder’s heyday, with artists such as ELO (“Mr. Blue Sky,” 1977) and Kraftwerk (“The Robots,” 1978) popularizing its sound.

Alongside the clinical, electronic sound of Kraftwerk’s records, the vocoder was also employed by artists including Afrika Bambaataa, whose 1982 hit “Planet Rock” established the roots of the relationship between the vocoder and hip-hop. Proof that the vocoder wasn’t only appropriate for manipulation of vocal input signals is provided by bands including Röyksopp, whose “Remind Me” from the Melody AM album begins with a vocoded drum beat.

It’s the desire to produce unnatural sounds that has led successive generations of musicians to the vocoder, but it’s by no means the only technology that has proved popular in this regard. For instance, think about pure synthetic voices that use no audio input signal but generate words artificially instead. Computer voices like this allowed Stephen Hawking to disseminate some of the most important scientific ideas of the last 50 years.

In a musical context, Radiohead’s “Fitter, Happier” from the iconic 1997 album OK Computer provides a detached lead vocal computer voice, perfect for the automaton nature of the song. On a more upbeat note, consider Bruno Mars’ smash hit single “24k Magic” which starts with Mr. Talkbox using, as you might expect, a Talkbox, to produce a multi-harmony soul introduction.  And, of course, the hyper-tuned effect heard on pop records since Cher’s “Believe” pioneered the effect nearly 20 years ago, has drifted in and out of fashion ever since.

Tuning plug-ins allow not only for pitch detection and correction but also for a wider range of parameters, including the rate at which tuning errors will be corrected and how strongly variations in the detected signal will be adjusted. Producers selecting fast correction speeds and extreme levels of tuning strength fell in love with more robotic, extreme tuning effects for the same reason that the vocoder first appealed in the 1970s and 1980s, in that it pushes sounds into new, uncharted territory.

If there’s one thing recording history has shown us, it’s that creative producers have an insatiable appetite for new sonic treatments. With the vocoder, we’ve seen how technology designed for military use found a second, artistic purpose in the hands of creative minds, all in the name of musical endeavour.

Find your sound with VocalSynth 2.