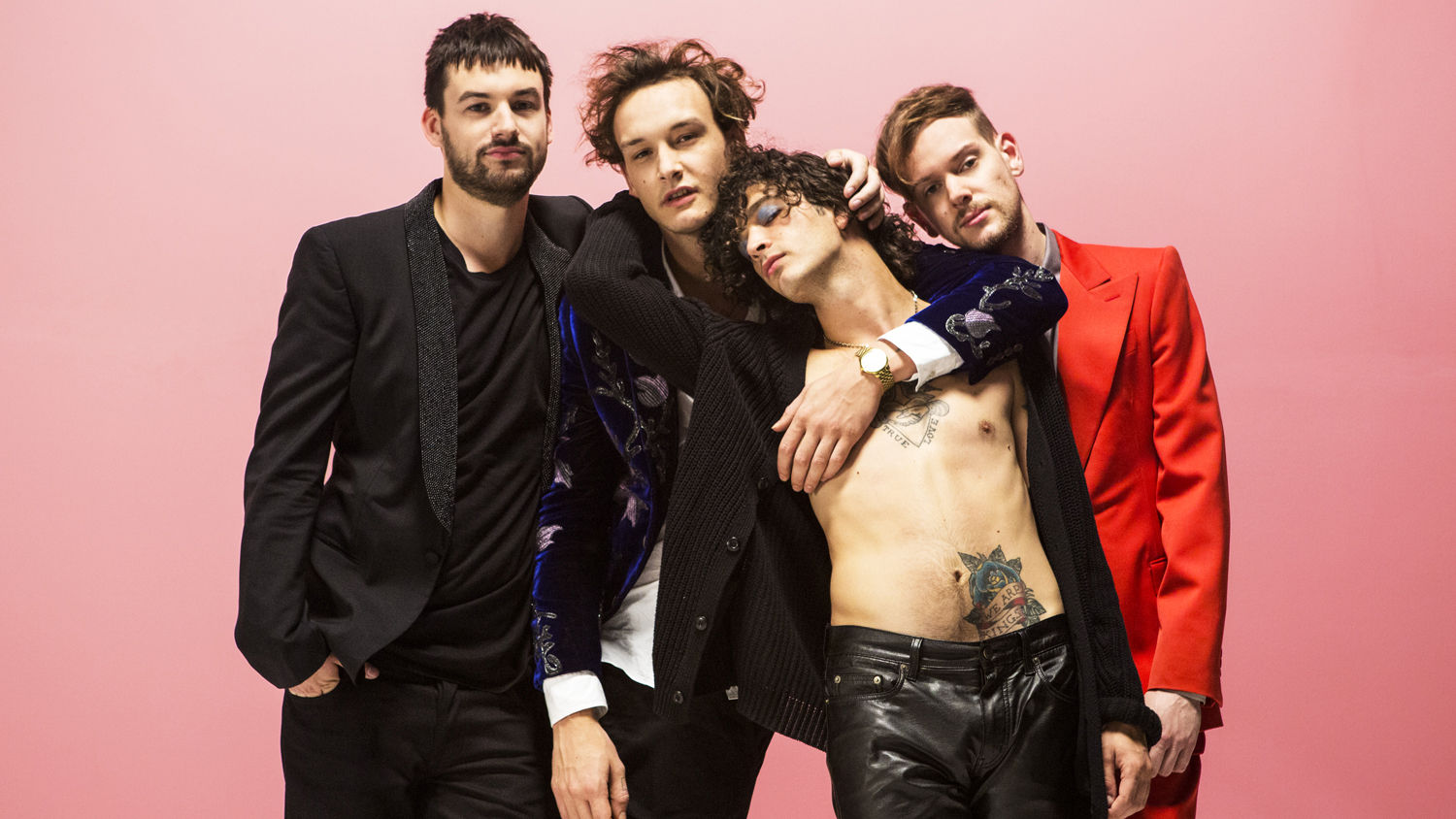 Drummer and producer George Daniel of The 1975 shares an inside look at the production of their latest record: “I Like It When You Sleep, for You Are So Beautiful Yet So Unaware of It”

You co-produced your latest record with Mike Crossey and the other members of the band, and Mike also worked with you guys on the IV EP that you released in 2013. What initially drew you to his work?

Mike and his engineer John Gilmore are great. Mike was the first producer we met that had ever really wanted to embrace the production we had done previously, and at this stage I had never had that sort of validation as a producer. It was nice when we ended up using lots of my stems for the final synth arrangements and programming. I’d done most of the material on our previous EPs (Facedown and Sex) myself, but they always just felt like we were putting out demos. Mike’s input would always be far more scientific than ours. He’d easily spot the frequencies that were contributing too much or too little to an arrangement and really allow us to sonically fulfill our potential.

Does a lot of the production happen on the road, in your own studios, or did you slot out some big chunks of time at a large studio to make this record?

Most of the production is done on the road; buses, hotel rooms, dressing rooms, etc. (I’m actually recording the next EP for one of my other bands Japanese House on the road right now!) We’re just fortunate to be a band that can pretty much write purely with a laptop on the road, as opposed to needing to be in a room together on our instruments. But we've always been in great studios when we get together with Mike as he has always had amazing mics and analog gear and the knowledge to go with them!

How do songs originate in the band? What is the process like to take them from an idea to a fully produced track?

The songs are 90% of the time a bi-product of a programmed arrangement that I will start on my laptop, usually a rhythm and chord progression, bass line, or synth arrangement. I’ll then take my ideas to Matthew Healy, and he will decide whether he feels like there is enough of a strong foundation for him to write melody over. From there we will usually begin to structure the main hook / chorus / motif, and nearly always by this stage we will have a visceral understanding of the context of the song.

You guys have really iconic vocal sounds that channel classic harmonies and gang vocals, while also embracing modern effects. What are your inspirations for these vocal sounds, and are there any tricks you can share for building intricate vocal layers, like you do on “The Sound” or “UGH!”

We’ve always been massive fans of gospel choirs, as well as super artificial vocoder effects and the kind of 80s sounding stereo Eventide/doubler/harmonizer effects. We initially made a lot of ambient music and this was an easy way to soften vocals and immediately make them feel more polished and easy on the ears.

Are there any tracks where iZotope made an appearance on this new record?

Yes! Iris has made a few appearances for ambient sounds. It’s in the title track “I Like it When You Sleep, for You Are So Beautiful Yet So Unaware of It”, along with Stutter Edit on the vocals.

We also used a lot of the mad distortions from Trash 2 on the drums in “Ballad of Me and My Brain” to make the drums feel super frantic and mad!