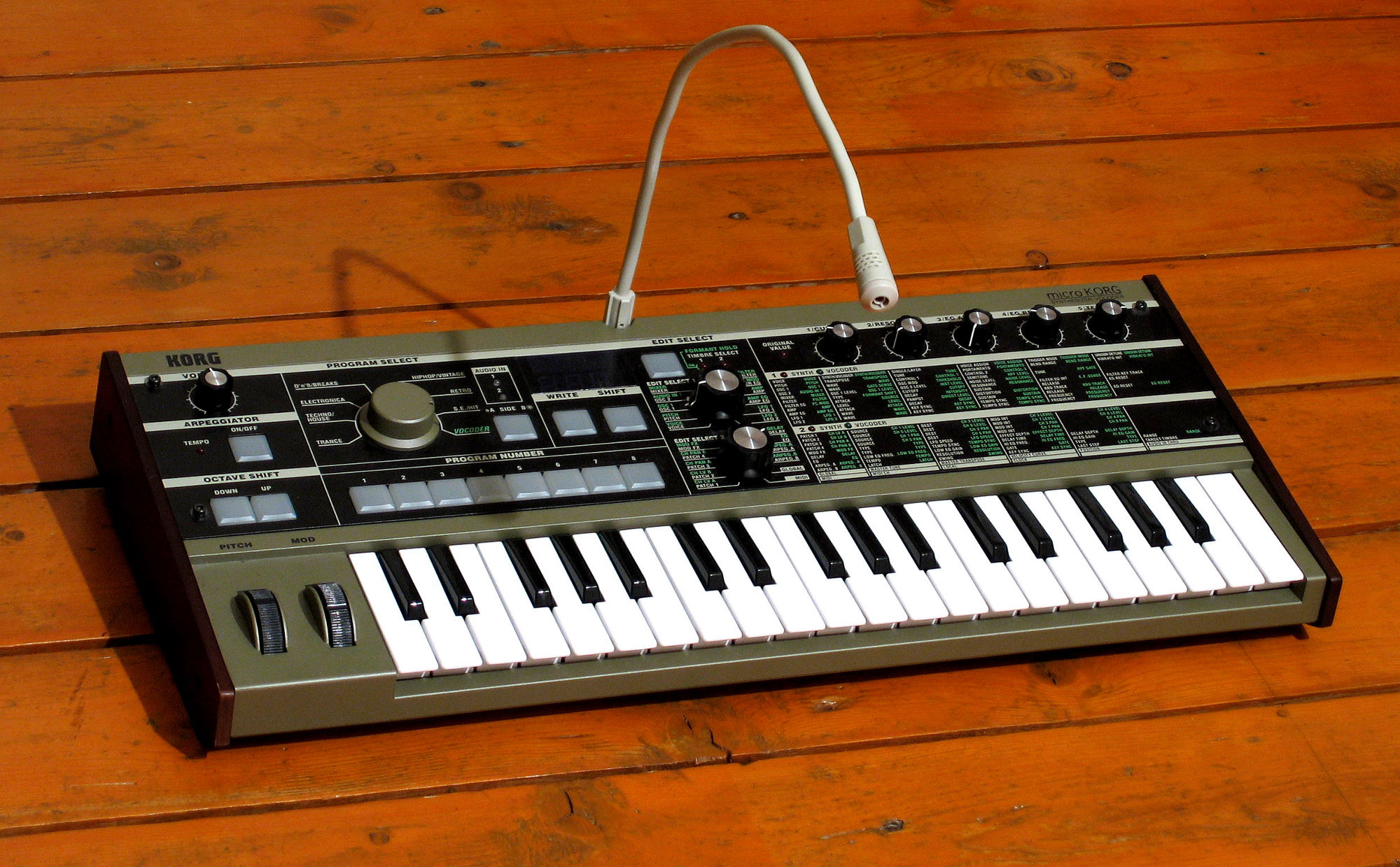 The vocoder has a strange history. Today we associate it with robotic vocals in music, but it was originally designed as a speech coding tool by Bell Labs in the 1920s to reduce the bandwidth and improve the travel distance of voice messages.

A vocoder works by splitting an incoming audio signal (a human voice) into multiple frequency bands, then creating a signature of this signal based on it’s frequency and amplitude content. The speech is electronically recreated by modulating a carrier signal (white noise or a synth tone) with a filter based on the incoming voice’s tonal characteristics.

The voice encryption possibilities offered by the vocoder were used to conceal messages sent by the US military to their soldiers and allies during World War II.

Decades later, Robert Moog and Wendy Carlos built a vocoder coupled with a Moog synthesizer that introduced a new voice into music. Carlos’ soundtrack for “A Clockwork Orange” in 1971 is one the earliest known uses of the vocoder in a musical setting. Within a few years of this soundtrack, pop and electronic groups (who we’ll discuss below) made the vocoder a central part of their act, representing the beginning of a mainstream embrace of electronically made music.

In this article, we’ll take a look at five landmark songs using the vocoder, how they came about, and how you can use VocalSynth to produce similar results.

There is an innocence to Kraftwerk’s use of the vocoder. Much of their career was focused on pushing the limits of electronic music. To do this, they often used custom-built and self-made instruments to express their ideas. The Robovox, a vocoder patented by founding member Florian Schneider is featured on their 1978 single “The Robots.” At the time, the machine-like vocal effect created by the vocoder was a perfect match for their computer-generated music.

By the time “The Robots” was released, Kraftwerk had already put out several albums with a vocoder. But this song was one of their most influential. Everyone from techno pioneer Juan Atkins to dad rockers LCD Soundsystem consider this song to be one of their major influences.

Achieve a similar sound with VocalSynth using the Seal the Door preset. 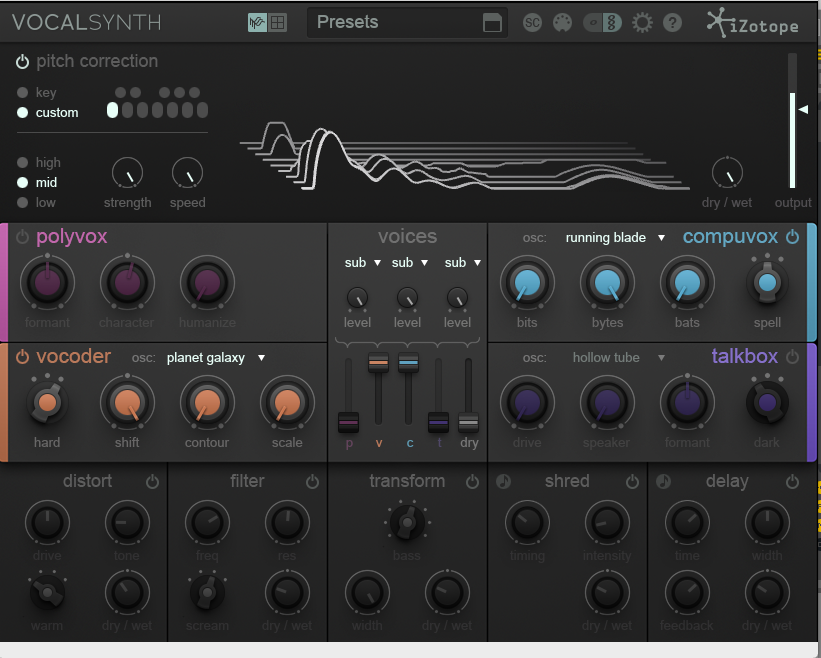 Laurie Anderson thinks of the vocoder as the voice of authority, “a shoe salesman or a guy who is trying to sell you an insurance plan you don’t need.” It makes sense, then, that she employs the vocoder in her song, “O Superman,” a critique on the growing power given to technology and those who have it.

By the time “O Superman” was released in 1982, the vocoder had been used extensively as a trick effect for froggy vocals. Anderson was more interested in it’s harmonic potential, layering both her vocoded vocals and unprocessed vocals to create a small, strangely beautiful choir.

At over eight minutes long, and featuring little more than Andersons vocoded vocals, a looped ‘Ha’ syllable and a droning synth, “O Superman” managed to become a #2 hit in the UK, pushing the performance artist into celebrity-level fame. The Timbaland-produced “Pony” introduced the vocoder to a new generation of R&B fans in the late 1990s. The croaky vocals are the focal point of the song, providing both the bass and melody. It is a classic example of Timbaland’s minimalism made maximal approach to production. Outside of the vocoded vocals, there isn’t much else, letting the sharp drum programming and Ginuwine’s top line fill up the remaining space.

At the time, nothing else sounded like it, and it became a smash hit, pushing both Timbaland and Ginuwine into the pop music spotlight. Nearly twenty years later, “Pony” was featured in the Magic Mike XXL soundtrack, reigniting interest in the track and spawning several Reddit threads looking for clues on how to make the vocal sound.

Achieve a similar sound with VocalSynth using the Bad Robot Only preset. Keep only the vocoder channel and change the oscillator to Mr. Square. Experiment with smooth and vintage vocoder settings. 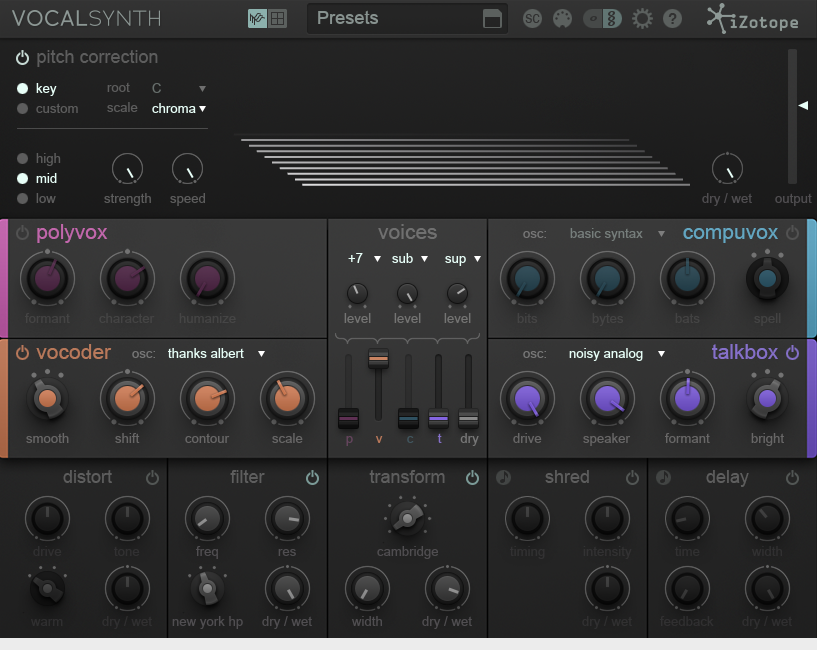 4. Boards of Canada, “In a Beautiful Place Out in the Country”

Boards of Canada are masters of mystery. They rarely give interviews or play live, and their music is littered with cryptic messages referencing numerology, 1970s television, and cult figures, leading to endless fan theories about the meaning of their music.

“In a Beautiful Place…” captures BOC’s bizarro tendencies at their height. Over mournful retro pads and a sloppy hip-hop beat, a vocal tells the listener to “come out and live in a religious community in a beautiful place out in the country.” It’s been fed through a vocoder, lending to a warbly and raw texture. Like so many of BOC’s tracks, there is a sense of unease, but here the vocal manages to add a sense of hope. It was allegedly sung by a friend of the Irish duo, and slowed down to fit the tempo of the track.

Achieve a similar sound with VocalSynth using the Son of Ed preset. Add a Talkbox channel, increase the formant to it’s maximum and reduce the Vocoder and Compuvox channels. 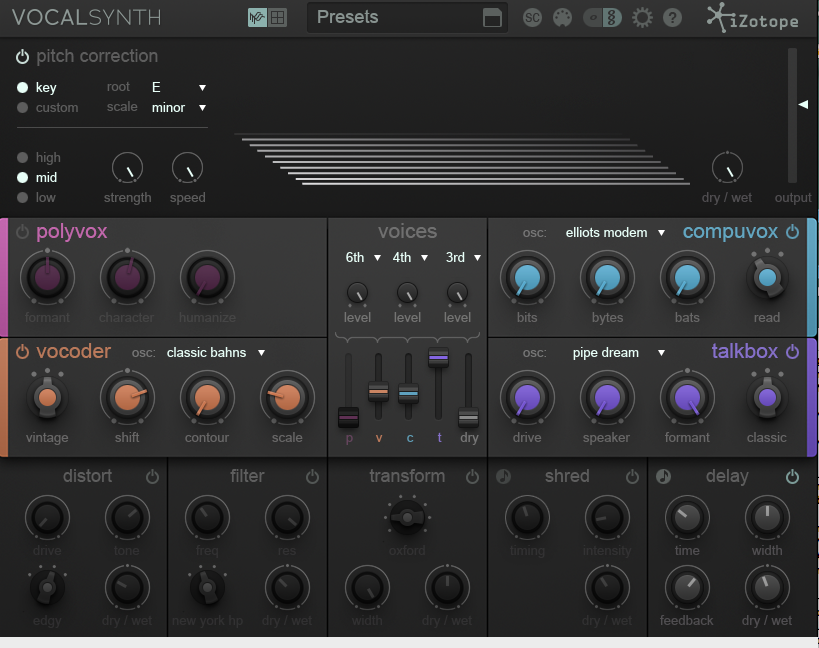 The vocoder was a major element in 1980s funk music. Artists like Herbie Hancock and Stevie Wonder were champions of the sound, using their virtuoso keyboard playing to create wildly expressive vocals. But few explored this type of vocal processing as extensively as Zapp’s lead singer Roger Troutman.

The brassy vocals on “More Bounce” actually come from a talkbox, a variant of the vocoder. Across several hits, Zapp used pitch-bends and catchy pop melodies to expand the possibilities of robotic vocals. They became soulful, emotional, and funky. This style would go on to influence the entirety of G funk and the west coast hip hop scene in the late 80s and early 90s, with Dr. Dre sampling Zapp’s “Dance Floor” for his hit “California Love.”

Achieve a similar sound with VocalSynth using the Son of Ed preset. Add a talkbox channel and record formant automation for pitch changes. 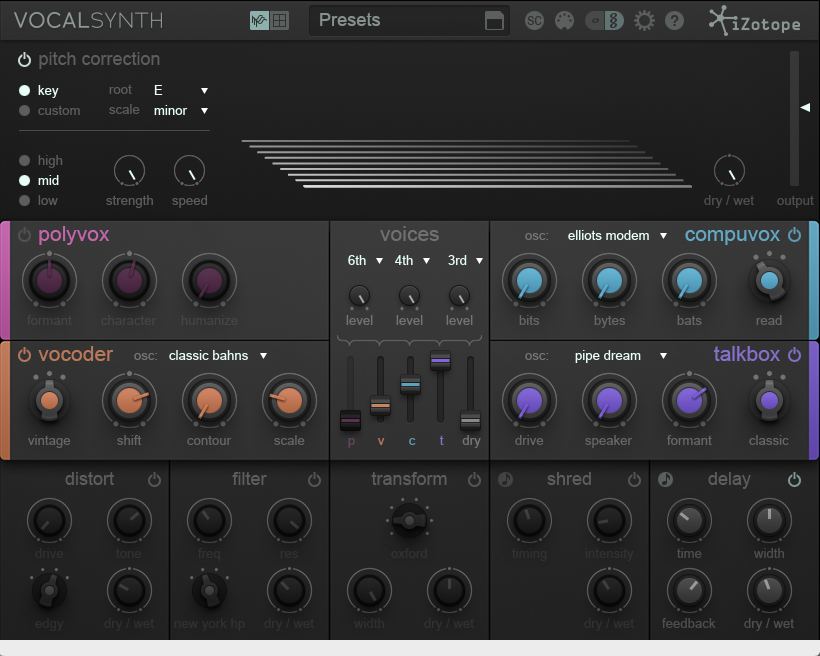 The vocoder and beyond

Although the vocoder rarely crops up in modern music production, vocal processing and manipulation continue to be a hotly explored area. For nearly 10 years, artists like Future and T-Pain have been using Autotune to enhance their vocals through pitch correction. This trend has now spread from hip hop and R&B to nearly all corners of music.

Using VocalSynth you can explore a large range of effects to transform your vocals into different shapes and forms. Reference classic vocoder sounds or create something completely new.

Learn how to create these sounds in various genres: