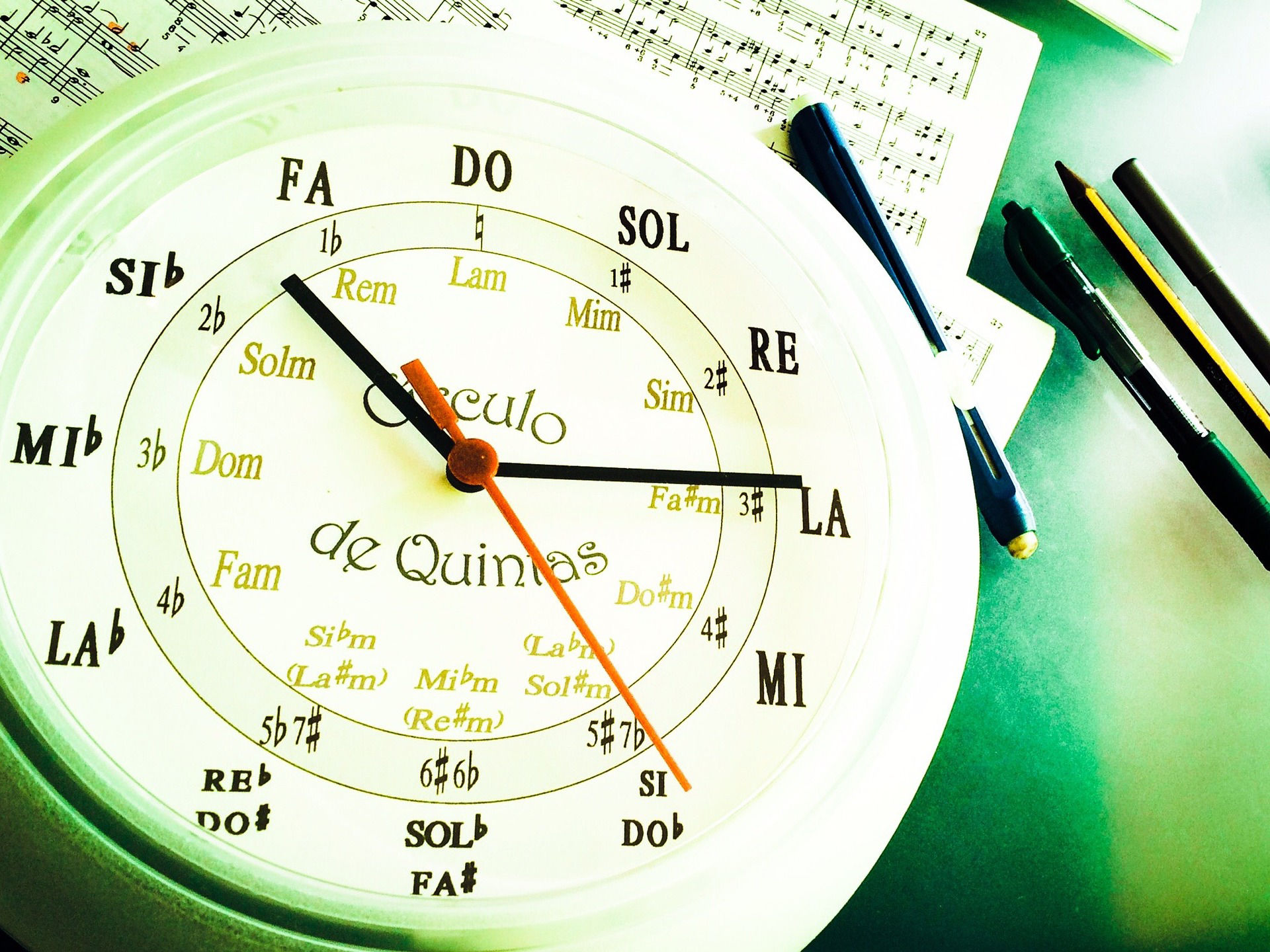 American songwriter Harlan Howard once said, “all you need is three chords and the truth.”

Howard was right, but sometimes a song calls for more than three chords, in addition to the truth. If you have trouble putting together interesting harmonic progressions, here’s a list of four apps out there that will help you do just that. Several of these recommendations will work as complementary writing tools when using Spire Studio, the Spire app for iOS and a Spire Pro subscription. No more getting stumped in a writing session, no matter where you are or who you’re with.

Liquid Notes is a desktop app that takes a look at the MIDI clips in your session or clips that you provide it, deduces what the chord progression is and then re-harmonizes it for you on the fly. It’s a lot like using Logic’s Drummer device, but for chords.

Each chord is represented horizontally, and you have three main functions that you can tweak: chord, tension, and function.

If you move the Chord knob, it will give you logical options of other chords to swap out. Move the Tension knob and it will add things like suspended and add notes. When adjusting both of these knobs, they will turn from green to red, moving further away from the harmonic starting point. Adjusting the Function results in even more of a pronounced shift.

It’s not the easiest app to use, but once you get it rocking, it’s very cool.

Who’s it for: Liquid notes is for the writer who likes to do things in a DAW or who has the skill set to take their ideas and put them into a MIDI sequence. It has a lot more bells and whistles than just a chord choosing tool, but for this particular purpose it packs a lot of punch.

Cost: This is a professional piece of software and comes at a premium price of $89 for the Live MIDI Effect or $149 for the stand alone application. 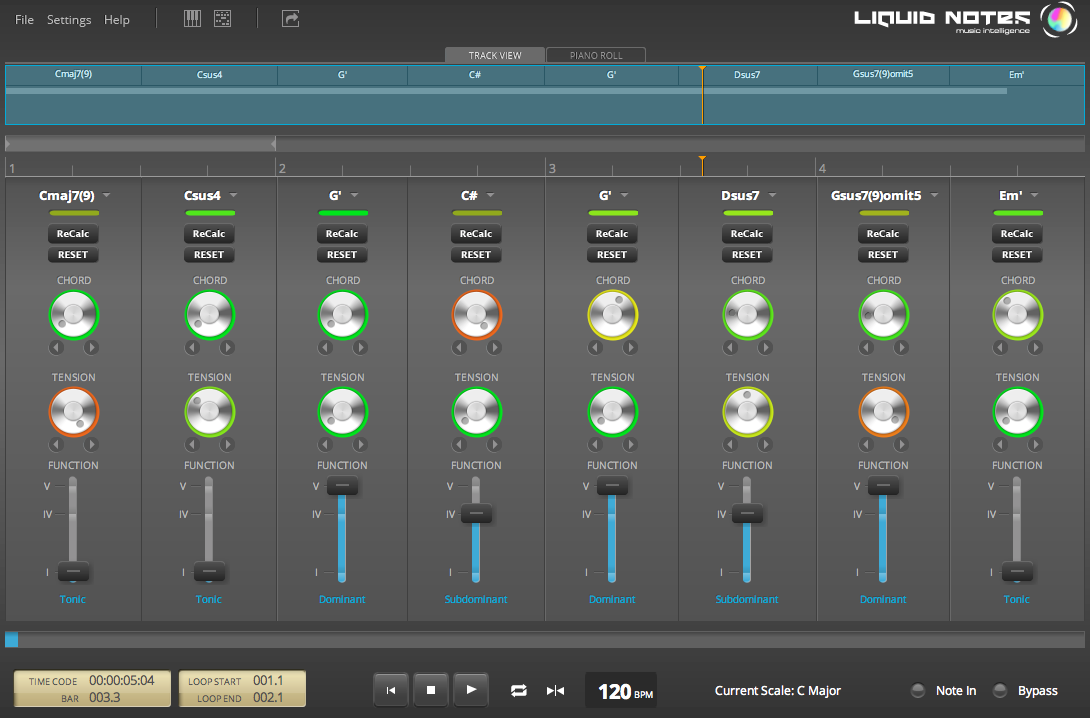 Autochords comes as a web application and as an iOS app for mobile. It goes as far as suggesting starter chord progressions that are categorized by words like grungy, memories, and creepy.

Once you’ve chosen your flavor, it provides the names of the chords in the progression and additionally gives you a visual cue as to how to play it on a piano or guitar (both left and right handed). This alone can be a useful tool for those who are focusing on both their compositional and instrumental skill set. From there, it suggests a number of alternative progressions to play next which are all sonically connected to the initial one.

All in all it’s a powerful chord tool. That being said, it won’t let you input your own progressions, so if you’ve already got ideas and just need help moving forward, this isn’t the app for you. But if you need a place to start, this is a great option, and it’s FREE.

Who’s it for: Autochords is for the writer who needs help crawling in addition to flying. This app will supplement your music theory and instrumental chops. 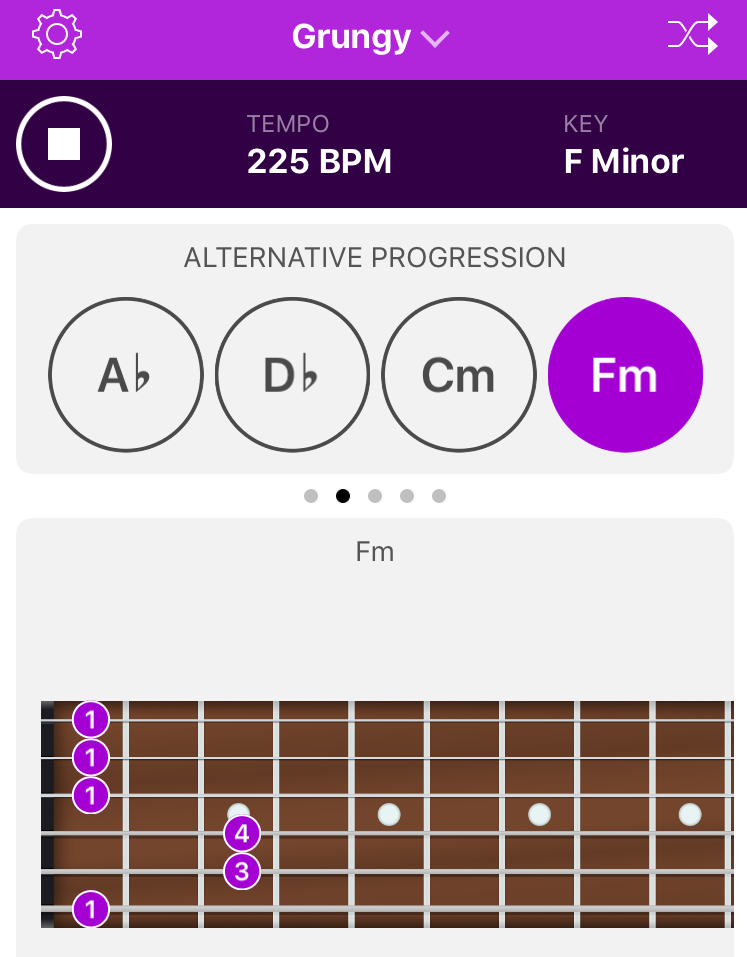 Chord Suggester is both an OS and iOS app that will help you build chord progressions from the bottom up and give you a plethora of suggestions while you’re at it. It’s very easy to use and takes less than one minute from when you’re opening up the app to when it’s playing back chords for you.

You pick the key and quickly begin auditioning chords and adding the ones you like the sound of. It will also give you the option of using existing and classic progressions that can get you started if you need the extra support.

The premium version even allows you to export the MIDI, which you can use as a backing track to record your song vocals or send it to yourself for use in a DAW. You can also send yourself the text version of the chords via SMS or email. Chord Suggester is a super slick and easy to use piece of technology that would be a great companion in any writing session, especially in tandem with Spire Studio. If you’re writing on an acoustic instrument and you’re using Spire, you can use the app to help build progressions before you record them via the hardware.

It’s a flexible tool that will can give you the momentum you need when starting out but can also play a more supportive role of suggesting a plethora of chords during the writing process. It’s a free app with great ratings that's full functionality is unlocked with a $7.99 purchase.

Who it’s for: Chord Suggester is a great app for all writers, whether you're a newbie or someone who’s written loads of progressions already. It’s especially useful for those who want to incorporate chords that have more interest and colors than a typical diatonic approach.

Chord Suggester has some great suggestions

Cthulhu, named after a fictional underwater “cosmic entity,” is an app that producers who need help with harmony will love. Developed by the same brand as Serum, It’s a VST or AU plugin you run in your DAW with some very cool functionality. You can select a chord type which will be keytracked to your MIDI controller, allowing you to trigger chords by playing a single note. It also has a sort of slice function where it takes classical progressions and assigns each chord to a different key on your controller, allowing you to play them back in another order and piece together your own progression.

It’s a really good time and will quickly get you using chords you typically wouldn’t come across. Other developers create packs you can use in tandem with Cthulhu, like this R&B chord engine. Cthulhu is for the laptop musician/producer who uses digital tools to make music and likes to push buttons.

Who’s it for: Cthulhu is for people who write in the DAW and producers who are actively participating in the writing/arranging process.

Cthulhu is a ton of fun

Now that you've picked your chords...

It’s time to put your chords into a mix. If you’re laying vocals down with your chords, it’s a great time to try a free trial of Spire Pro to access pro-quality, release-ready vocals recorded with just your iPhone and the Spire app for iOS. With automatic noise removal, creative effects, royalty-free beats, and upgraded intelligent audio processing, you can make music faster than ever. Whether you're writing in a DAW or sitting down with a guitar and recording with Spire Studio and the Spire app, there are lots of tools out there which can help you come up with some stellar harmonic progressions. If you’re a seasoned harmonic pro or a newbie to the game, there’s something in here for everyone. So the question is, which chords will you choose?