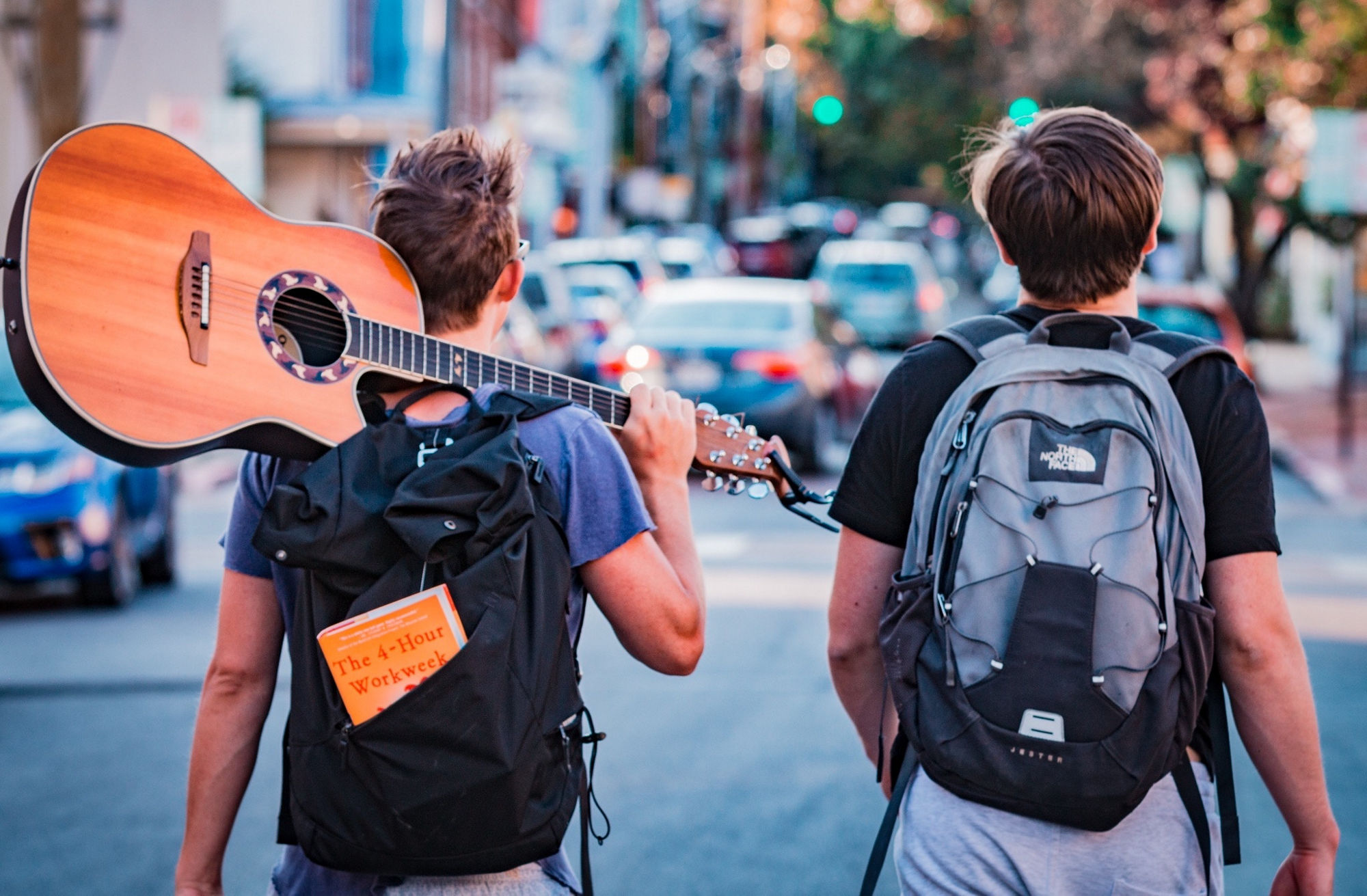 Songwriting with a partner or in a group can be a lot of fun. But what if the creative juices aren’t flowing? Here are ten exercises you can do with your bandmates or fellow songwriters to help you get ideas rolling and creativity pumping.

Sometimes it really can help your creativity to restrict your responsibilities. Try assigning specific roles. If you're working as a pair, have one person write the melody, while the other writes the lyrics. Some of the greatest songs in history were written this way. The multitude of incredible songs from Alan Menken and Howard Ashman come to mind, like those from Beauty and the Beast, The Little Mermaid, or Aladdin, to name but a few. Others who work in this fashion include: Elton John and Bernie Taupin (who wrote the majority of songs throughout Elton’s career) as well as Barry Manilow and Marty Panzer (who co-wrote plenty of songs during Barry’s early career).

If you frequently assign roles like above, you may find that your primary task in collaborations has become just writing music, or just writing lyrics. But if you're ever stuck, try flipping everything upside-down, and swapping roles with your partner. You'll be surprised at the great ideas the two of you may come up with given your new responsibilities.

Similar to the above, try dividing the task between the writers into sections. You could write a verse, and someone else could write the chorus. Or you could even subdivide the song into smaller chunks, going line by line. Letting someone else continue your thought and finish your musical sentence may lead to some interesting ideas. If you use Spire Studio, the built-in sharing options will be perfect for this type of back and forth work. 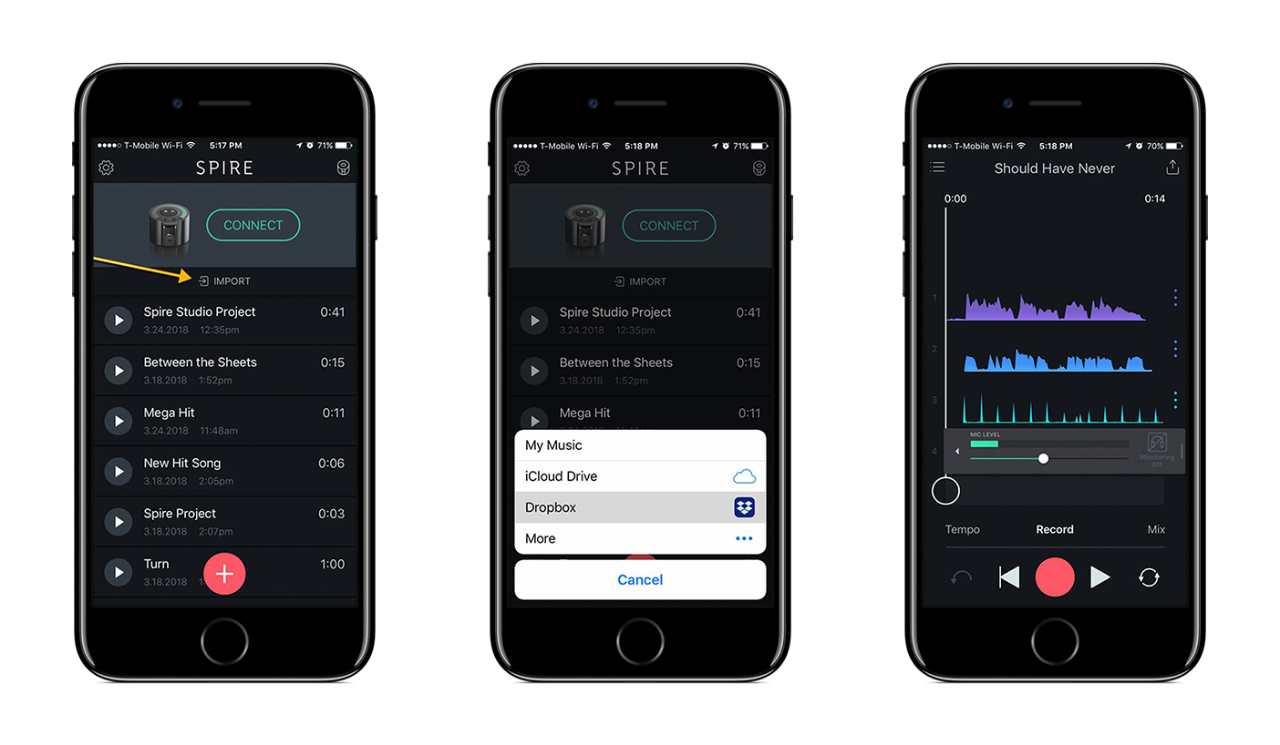 Hopefully, by now, you've tried object writing. But did you know that you can do object writing in a group as well? Just like with the original exercise, set a timer and pick a word for the group, then start writing using sensory language for 10 minutes. Once the timer is up, take turns to read out loud what each of you wrote. See if you can find some inspiring song ideas.

Sometimes physical objects can help spark stories and ideas. Dump everything you have in your backpack or purse on a table and see the conversations and stories that the different objects bring forth. These tissues, where have they been with you? Have they helped you through happy and sad times? How about that pen? What has it written? What stories has it told? Write a song about that.

The difference between object writing (or sensory writing) and writing about physical objects like in this exercise is that object writing can be about anything, even abstract elements like wind, and involves doing a sensory writing exercise around the object before you even get into writing a song. This assignment however only focuses on grabbing inspiration straight from ordinary objects and writing a song about it right away. Of course, if you want to do an object writing exercise about the object to help stir up more ideas for your lyrics, go for it! 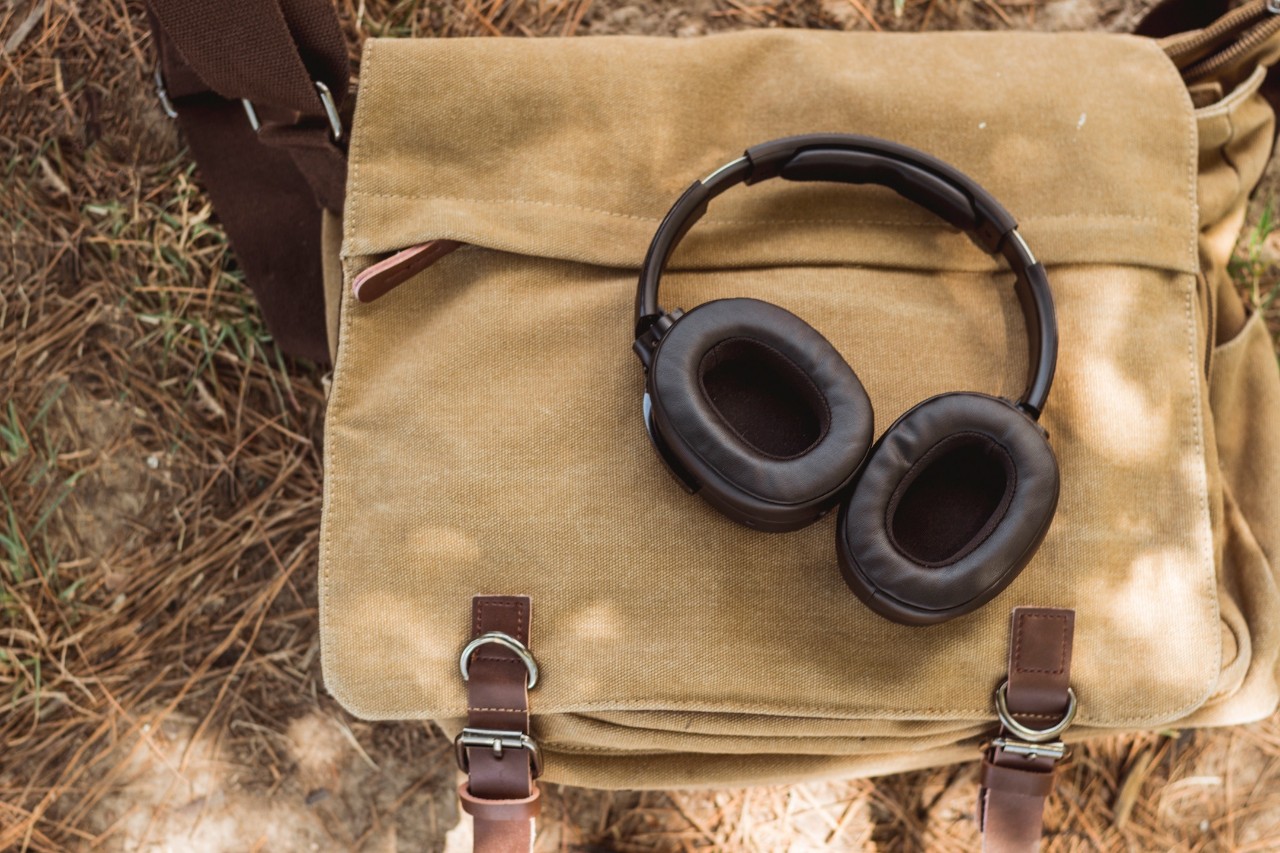 This one is from Andrea Stolpe (songwriter and instructor who had had songs recorded by such artists as Faith Hill, Julianne Hough, Daniel Lee Martin, Jimmy Wayne). The concept behind this exercise is to challenge you with a narrative that isn't your own. Have each person grab a piece of paper. Set the timer for 10 minutes and write down one thing that you've been wanting to tell someone for a long time but have been too afraid to say.

Get descriptive, but try to stay anonymous. Don't use names or specific references that would identify you or the person on the receiving end of the conversation.

When the timer goes off, have everyone crumple up their papers and throw them into the middle of the room. Then each one of you will go and pick up a random one of the crumpled pieces, The goal being that each one of you will have someone else's untold story. Now write a song based on the emotions enclosed within the letter you picked.

Another one that I like from Andrea Stolpe is her Photos and words exercise.

First, print out a bunch of different photos, and then each write random words on small pieces of paper. Fold them all and put them in a container (or hat). Then, pull out one random photo and one random word and try to write a song about anything that this photo and word may bring up for you. If you select your own photo, you can choose to share the story behind the photo or not.

Sometimes letting your co-writers create their own story around what they see can result in some very interesting ideas. Also, try to incorporate the random word in the song lyrics.

This one is a particularly fun one. First you’ll need to pick an existing song that everyone knows. This could be something as famous and standard as “Amazing Grace.” Your job as a team is to first write new lyrics to the melody of Amazing Grace. They can be about absolutely anything you want. In fact, the further from the original you can get, the better.

Once you're done with this part, strip away the original melody, and what you're left with is your new lyrics. Now write a brand new melody to these lyrics. Change chords, keys, and the tempo however you please. Again, the further from the original the better.

Aftering you complete this double rewrite, you'll end up with a brand new song that has a new lyric and a new melody that sounds nothing like Amazing Grace (or whatever song you were writing from).

On occasion, you will want to start writing your song melody first. One exercise worth trying is to have someone choose an eight-bar chord progression. Next, go around giving each songwriter a chance to sing their own melody on top of that chord progression. You can just sing to dummy lyrics (temporary lyrics that are about nothing, like Omelets, waffles, baby greens, give me very vivid dreams) or on Na-na-na.

Each one of you will probably sing something different and unique. With each turn, you can either sing a new melody or build on something someone else has sung. Eventually one of you may stumble on the melody that makes everyone go "ooh." Work off of that for the remainder of the song.

Toplining is how almost all modern pop and R&B songs are written. It consists of writing a song (melody and lyrics) on top of a fully produced instrumental track. Thus the term top lining—writing melodic lines on top.

Getting a high-quality track produced can be expensive and time-consuming. To get the ball rolling faster, try to find a karaoke or instrumental track for an existing song. Use that as a basis for your toplining. Of course, you'll have to get a new track done sooner or later, but using an existing one is a great way to get ideas rolling, as you’ll be restricted to work within the parameters of the original song.

I hope that these exercises open the doors to some incredible songs for you. So get together with a friend, two or even seven, and try them out. You'll be surprised by how a simple exercise like any of the above can kickstart your creativity onto new levels.