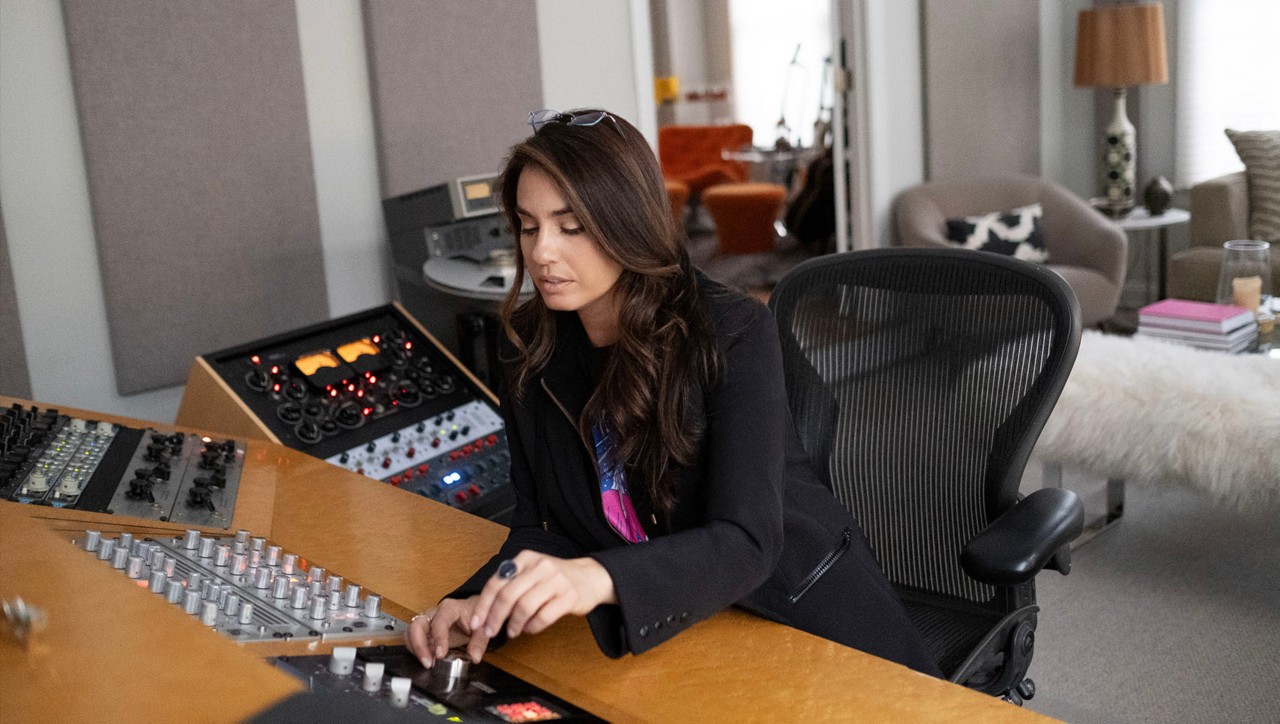 "I love how the design of Ozone Advanced allows me to use its modules independently — the imager is especially powerful when I’m working with stems for desired space and depth."

GRAMMY Award winner and eight-time nominee, Emily Lazar is one of the most respected mastering and mixing engineers in the world. Combining old-school style with a deep knowledge of music and cutting edge technology, Emily ensures that the magic created in the studio is fully reflected in the final product. She is a true trailblazer, mastering more than 4,000 albums for a hugely diverse group of chart-topping musical luminaries ranging from The Beatles to Wu Tang Clan and virtually everyone in between, breaking countless barriers along the way.

This year she earned a historic three GRAMMY nominations in the Album of the Year category for her work with Coldplay, Haim and Jacob Collier, scoring the most nominations any mastering engineer has ever received in that prestigious category in a single year. She made history in 2019 as the first female mastering engineer to win the GRAMMY for Best Engineered Album, Non-Classical for Beck’s album Colors. She has previously earned GRAMMY nominations for her work with Foo Fighters, Vampire Weekend, Bird and the Bee and Sia.

Emily is the Founder and Chief Mastering Engineer of The Lodge, a world-renowned mastering, mixing and specialized recording facility. She is a Trustee of The Recording Academy and is a member of its National Advocacy and Producer & Engineer's Wing Steering Committees.