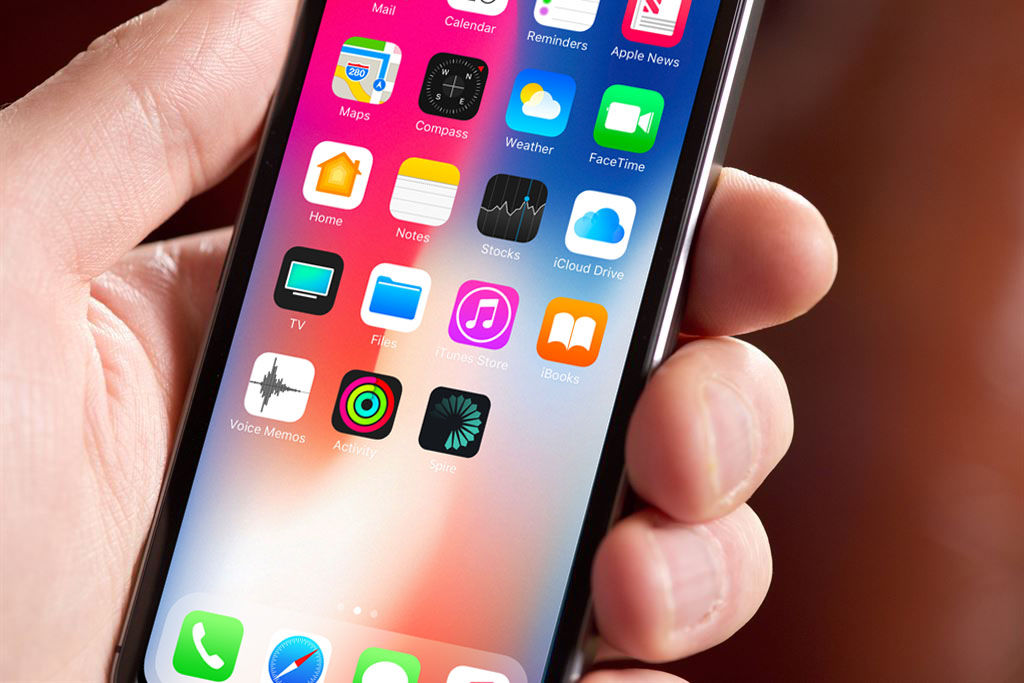 Take Me To The Deals

Download the Spire iOS app for free today, and open this article’s session file to dive into the session in the Spire app.

There are loads of iPhone apps that can be used for recording, but most people who use their phones to capture audio use the native Voice Memos app for one simple reason: it comes with your phone for free. It’s viewed by its users as easy to use and convenient. But what people who use Voice Memos are missing is that there is a far better option for audio recording on the market, and it comes with the same price tag.

The Spire app for iOS is a superior option when it comes to audio recording on the go, and not only because it’s free. The Spire app is capable of doing everything Voice Memos can, but between audio quality and multi-tracking, the Spire app achieves the final product with better technology, more convenience, and more possibilities to capitalize on the initial idea.

One thing you might not know about Voice Memos is that your iPhone compresses the audio by default. Thus, when you share or export a Voice Memo, it’s exported as an M4A file. While this saves more space on your phone, it decreases the audio quality of the file.

Spire projects are exported as WAV files, which are significantly higher quality than M4A. Two main factors that cause audio captured in Spire to be higher quality are the sample rate and bit rate.

The higher your sample rate and bit rate when recording, the more information you will retain in the printed audio file. The Spire app records audio at 48kHz (sample rate) and 24-bit (bit rate), which is considered excellent in terms of audio capture.

Below is an audio recording of an acoustic guitar recorded using Voice Memos.

At first, you might think it just sounds like any other phone recording. Now, listen to the example below. It’s the same exact setup, location, and guitar part recorded in the Voice Memo example; the two examples were recorded one after the other just seconds apart.

The difference in quality between the two is immense. The Spire app captures a full range of sound that Voice Memos compresses from the recording upon exporting.

Musicians tend to live a life in transit, and for this reason, collaborating with bandmates or clients is the biggest hurdle to jump.

Sending ideas through the cloud is an increasingly common form of collaboration in the digital age. A usual scenario is one musician recording a quick idea, who then sends the audio file to their collaborator to build upon. While Voice Memos is a quick solution to recording a single idea, it fails in one major function: it can only record one thing at a time.

Herein lies the dilemma with collaborating using Voice memos. When your collaborator receives the Voice Memo file, they cannot simply add another idea to the file. They have to record a new idea on a new Voice Memo, or use a DAW to upload the original file to record an idea on top of it. It’s a fussy process that requires unnecessary time wasted on studio setup.

The beauty of Spire lies within its multitracking.

When inspiration hits, you can load up a Spire project, record your idea, and quickly send it to your collaborator with cloud sharing. When they receive it, they can then open the project in their own Spire app and record their ideas directly into the project. And with the eight tracks Spire has to offer in every project, you’re not limited to one or two ideas at a time.

There are an infinite number of ways to use the Spire app to collaborate in this way. If you or your partner has the Spire Studio, you can record scratch vocal tracks on the Spire app which can be sent off to be used as reference tracks to record better quality vocals using a mic in Spire Studio. The same goes for any other instrument.

The tools offered in Voice Memos are limited to a single crop tool. The Spire app also offers a crop tool, plus a few other helpful features.

Say you have a guitar part magically pop into your head, but you’re not sure what the tempo is. Use the metronome in Spire to tap out the tempo. Then you can record your idea using a click track, which will allow for easy and clean multitracking. The metronome also comes into play when you wish to punch in a new part over an existing track. Move the playhead to the section you wish to record over and the metronome will count off for a clean punch-in. Punching in ideas on Voice Memos runs the risk of creating sloppy edits.

Another huge advantage that Spire has over Voice Memos is monitoring. If you plug headphones into your phone and record with the Spire app, your phone mic will pick up the audio and feed it into your headphones which will give you a direct look into the audio you’ll be recording. Voice Memos is unable to provide monitoring, so you cannot hear what you’re recording until it’s recorded.

When you’ve finished recording a single track on the Spire app, a new track will appear directly underneath it. This will immediately set you up to record a new idea in tandem with your original idea.

Unlike Voice Memos, the Spire app will automatically set your input levels with Soundcheck to avoid clipping and quiet recordings. With technology from iZotope Neutron 3, Soundcheck intelligently identifies your vocals or instrument, shapes the tone based on what's detected, and sets your levels. Spire ensures your recordings sound great in the mix. You also have manual control of the input level of whatever you’re recording.

If your initial idea turns into a multitrack project, you can use the mix screen in the Spire app to visually adjust the pan and volume level of each track. This will help you gain a better understanding of what you want from your project in its final form.

Spire’s crop tool allows you to trim entire groups of tracks at once. The Voice Memos crop tool is limited to its single track.

Below is the previous recording example of the acoustic guitar in the Spire app, but with a few multitrack ideas added. These tracks were recorded one after another, and only took a few extra minutes.

Sharing a Voice Memos file is easy enough, but limited in scope.

With its variety of features, convenience, and zero-dollar price point, the Spire app trumps Voice Memos in every category of simple audio recording software. Recording at 48 kHz and 24-bit audio, Spire projects simply sound better than the compressed M4A’s of Voice Memos, and with Spire’s unique multitracking features, recording ideas retains the simplicity of Voice Memos with the robust ingenuity of a multitrack DAW.

Along with its collaboration potential and exporting capabilities, the Spire app redefines how simply audio recording can be approached. The verdict is in: the Spire app wins every time.

Learn how to get better recordings with Spire