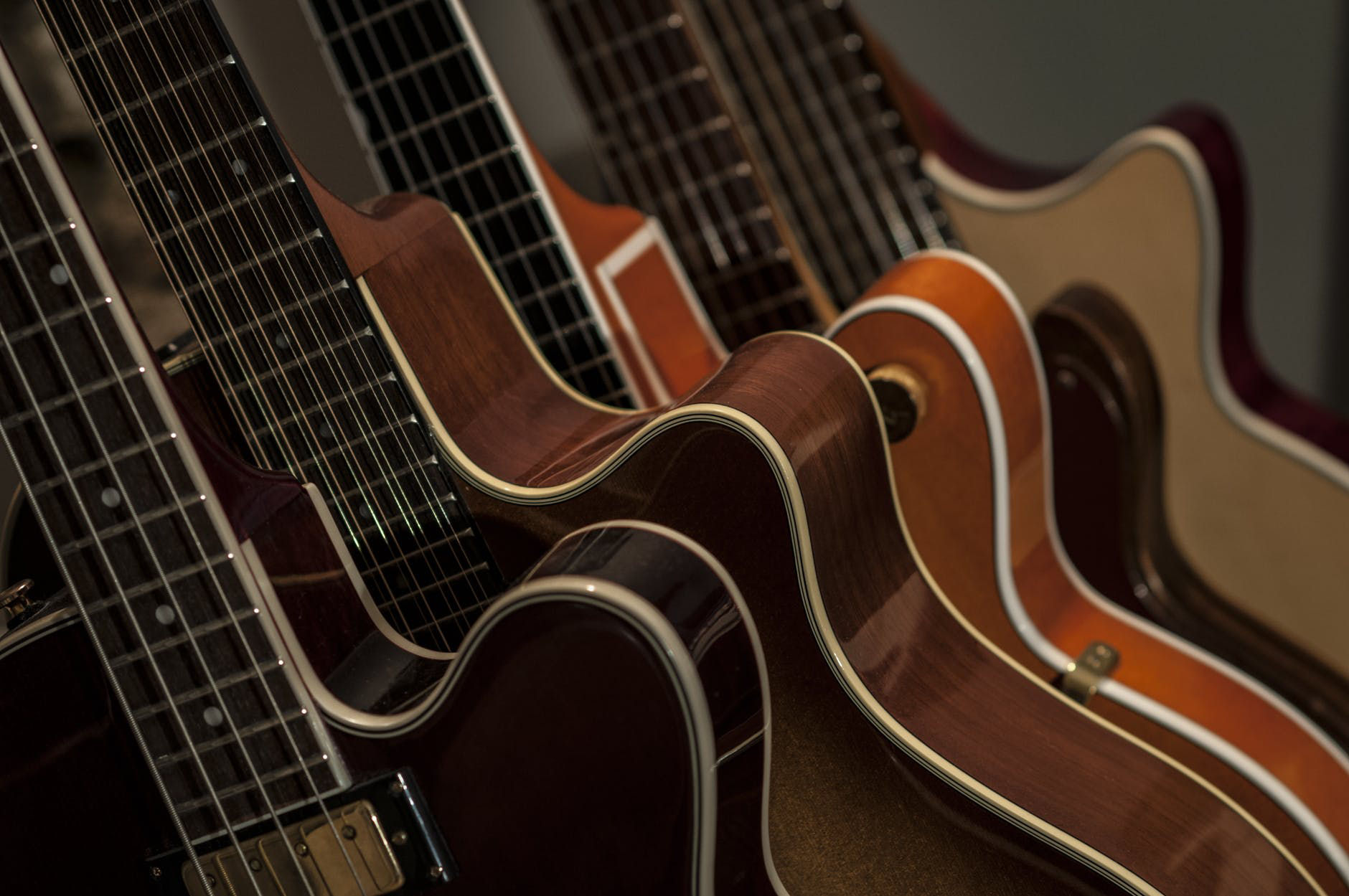 Can there ever be too many guitars in a song? It’s a question every guitar-centric musician or producer is inevitably faced with during their recording process. While some guitar-heavy songs call for an onslaught of axes, others require a more delicate approach—though similar concepts can be applied to both songs. It’s just a matter of knowing what your song needs to thrive, and how to mix your guitar tracks effectively.

Spire Studio is a great tool for recording guitar.

Spire Studio is an ideal tool for mixing guitars. Spire’s Visual Mixer is one of the most user-friendly digital mixers out there. Plus Spire’s Enhance feature can EQ guitars exceptionally well—between correcting brightness, loudness, and unwanted noise, Enhance adds a beautiful finishing touch to each guitar track. And don’t forget Soundcheck, which can intelligently identify guitar and sculpts your tone accordingly.

Imagine you’re creating a new project in your Spire Studio. You have one track for drums, one for bass, and maybe one for keys or vocals. This leaves a half dozen or so tracks at your disposal for guitars. What’s the first thing that you should do? Double every guitar part.

If you’re like me, you record drums first, then bass, and then rhythm guitars—immediately track a second rhythm guitar part after your first. The same goes for whatever your second part, or counterpoint part will be.

Using two tracks to record one passage not only adds body to the part, but doubles your mixing possibilities. You’ll have two of the same part to work with in the stereo field, which ultimately will add more depth to the mix. If you feel like you need every track for a different part, try doubling, at the very least, your most basic rhythm track.

Once you’ve doubled your guitar parts, the first thing you should do before moving on to a new part is to establish the parameters of the stereo field by panning your rhythm parts. Take one rhythm guitar track and pan it far left—do the same for the far right.

You’ll notice an immediate and pleasing difference in the mix when your doubled part is panned on both sides. This tactic makes the mix feel huge. When the rhythm section is in the center of the mix, but the rhythm guitars are lying on the outer edge of the mix, the stereo field is prime for comfortably mixing in new ideas.

Check out the difference between the two tracks below. Both feature drums, bass, and two of the same rhythm guitar parts. The top example is before panning; the bottom is after.

The bottom example feels huge compared to the top example, yet both examples feature the exact same tracks.

Unless you’re chasing a very particular overall guitar sound, try experimenting with different recording effects that complement each other and add sonic depth to your mix. If you’re doubling your rhythm guitar track, try using two different amp simulators, or, if you’re doubling textured guitar part, try using two different pedal sounds. This method not only adds depth to the stereo field, but also uses two interesting sounds to create one unique sound. For more on which pedals work best with each other, you can reference our pedal guide.

Off-center leads in the mix

A great way to make your lead parts feel comfortable in the mix is to take the two parts (assuming they are doubled) and place them off-center in the mix—the real trick here is to make one significantly louder than the other. Try taking your first lead track and placing it off-center left; then take your second track to the off-center right, but knock it down in the mixer so the track is either level or just below the rhythm tracks.

This gives the lead a prominent place in the mix (off-center left in this case) with a subtle, yet sturdy reinforcement on the opposite side, which makes the part feel stronger and wider in the mix without dominating the field. Check out the example below. You can hear how the lead part skews to the right, but has a subtle reinforcement on the left side.

No matter the genre, mixing guitars is a rewarding challenge that requires patience, empathy, and a touch of audacity. When you’re mixing your guitar tracks in Spire Studio, keep in mind that doubling and panning your parts is essential, and that keeping your complimentary parts off-center is key to creating a robust stereo field. Be bold and experiment.

Learn how to mix and record other instruments in Spire Studio: