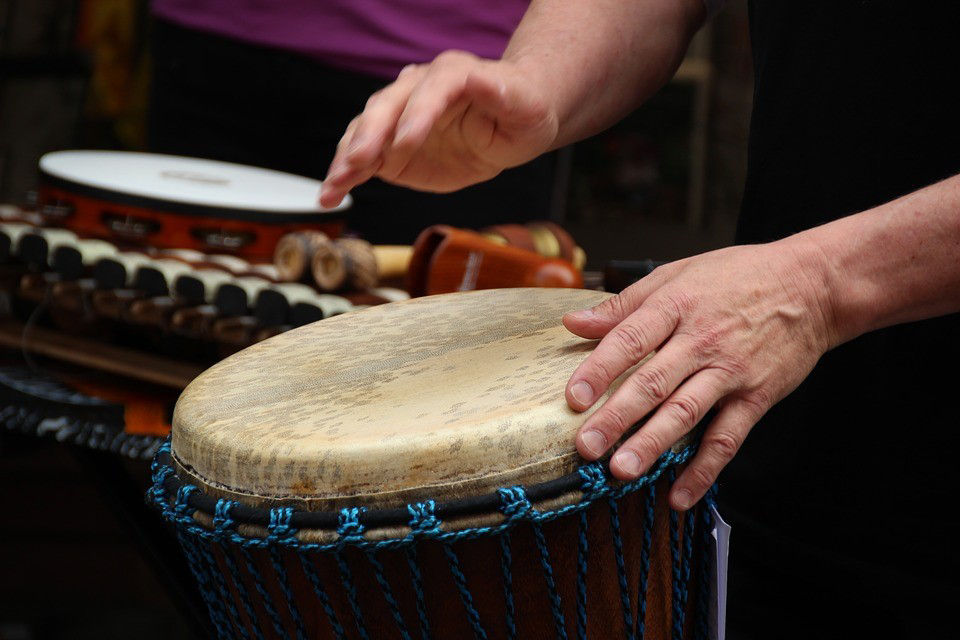 Oftentimes in the career path of an up-and-coming musician, we are faced with certain concepts or music theories that sound impossibly advanced. Harmonic functions, tonal counterpoint, modal interchange—concepts like these are often misconstrued as badges of honor that every musician must earn at some point in time. A concept that is often lumped into this “exclusive” category is polyrhythmic music, or polyrhythm. Yet despite the mathematical sounding title, polyrhythm is not nearly as complex as it sounds.

In the following exercises, we will break down examples of how simple recording and employing polyrhythm in your music can actually be. But first, let’s define the concept.

is a rhythmic cadence or phrase that comprises two conflicting rhythms that are played simultaneously.

Often found in patterns called 4:3 (four notes against three) or 3:2 (three notes against two), polyrhythms are the basis of many African and Caribbean rhythmic traditions, but are also found in many examples of early western classical compositions from Mozart, Brahms, and Beethoven alike. Polyrhythmic patterns are also found in modern music, from top 40 pop hits like “Raise Your Glass” by P!nk and “We R Who We R” by Ke$ha, enigmatic indie tracks like “Fake Empire” by The National and “A Tooth For An Eye” by The Knife, and heavy metal bangers like “Bleed” and “Eulogy” by Meshuggah and Tool respectively.

In this example, we will be using Spire Studio’s metronome feature to create a 3:2 polyrhythmic cadence using two rhythms, one in 4/4 and one in 6/8 time. Our first rhythm will be in 4/4. Let’s start here:

3. Record a quarter note pattern in your first track for eight bars

This 4/4 rhythm serves as our “2” in the 3:2. In order to add our “3,” a little bit of simple math is involved. Follow this formula to find the tempo of your next track:

Once you’ve recorded your second track, unmute your first track. You’ll notice that the two conflicting rhythms match up in a new unique pattern. For every three notes in 6/8 there are two notes in 4/4. Congratulations! You’ve created a 3:2 polyrhythm.

Let’s try a new example starting with a 6/8 rhythm.

3. Record a quarter note pattern in your first track

To get the tempo of your second rhythm in 4/4, follow this formula:

3. Record a quarter note pattern in your second track using the 4/4 metronome

Once you’ve compared both projects, you’ll notice that Example B is much faster and peppier than the steady, marching feel of Example A. If a brighter, faster feel is what you are going for, begin recording your polyrhythm with a 6/8 pattern.

If you’re feeling adventurous, try recording other instruments over top of your polyrhythm. By adding some more tracks and a bit of magic from Spire Studio’s Visual Mixer, you can wind up with something like this:

Polyrhythm shouldn’t be intimidating. In a broad sense, it is deeply embedded in aspects of our natural rhythms—we hear polyrhythm every day in the cadences of society, in the patter of footsteps on a sidewalk and the steady chirps of birds. Polyrhythm exists to enhance music by expanding its depth and character; don’t be afraid to use it!