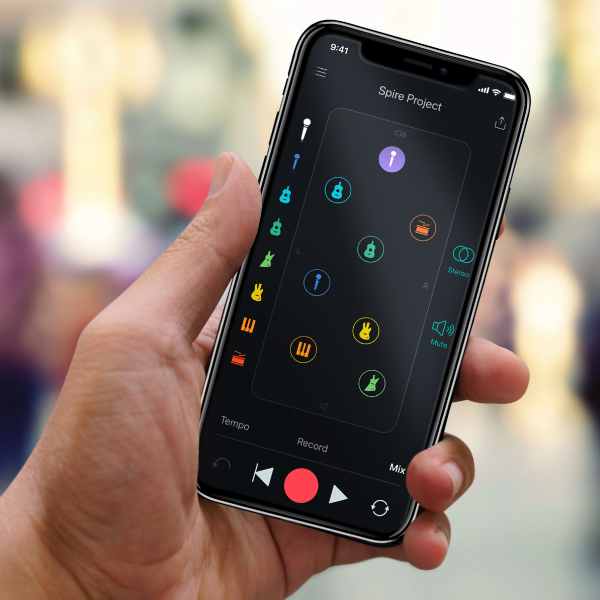 Most songs we’ve come to know over the last fifty years use stereophonic sound as opposed to monaural sound. Mono is sound that is intended to be heard as if it is being produced from one place, whereas stereo creates the illusion of sounds coming from multiple directions. Mono recordings use one channel to output sound, while stereo uses two. Simply put, stereo recreates how humans actually perceive sound; we hear certain sounds in both ears at the same time, but process them differently. Mono is like if humans only had one big ear that processes all of the sounds at once.

Most music was recorded and mixed in mono, up until the later half of the twentieth century, when stereo technology became more affordable. Some major labels were doing stereo recordings in the early 1950s, but the trend didn’t fully catch on until sometime in the late 1960s. Most people consuming music were consuming it in mono—most FM radios and record players only used one speaker, therefore popular broadcasted music were mixed for a one-speaker output.

As time changed and technology advanced, stereo mixes became the norm. Now that humans are accustomed to the world of stereophonic sound, mono mixing and recording have taken somewhat of a backseat. Despite its setback, mono mixing still holds certain advantages.

Mixing in mono forces your ears to be more aware of instrument balance, which will almost always guarantee a solid stereo mix if you decide to run your mix down from mono to stereo. The minimal parameters of monaural space, unlike stereo’s large spatial field, allow for a more precise awareness of sounds in your mix. Similar to instrument balance, mono mixing is also advantageous when finding the right panning positions for your instruments. Because the field is smaller, it will be easier to find each instrument’s ideal placement. Mono mixing is also better for your ears in the long run. Often times the large planes of stereo sound require more volume to hear the mix properly—mono mixing does not.

Spire Studio’s built-in mic is an omnidirectional condenser, so you can only actually record in mono despite the mono/stereo toggle in the mix feature (the stereo option is actually an effect created by iZotope’s Ozone Imager technology). While both the mono and stereo options sound great in Spire Studio, let’s take a look at some examples of mono mixes and discuss their individual significance.

The following two examples show the benefits of mixing in mono, and then in stereo. Example A is mixed entirely in mono.

Each of the eight instruments has been mixed to find their ideal placement, or where they sit and feel best in the mix. The result is well balanced and warm.

The example below is the same mix but converted to stereo.

The first difference you might notice is how much bigger, or fuller the mix sounds. Because all of the tracks were wrangled and placed ideally in mono first, the transition to stereo enhanced the mix by creating more space.

The allure of mono mixes to many modern audiophiles is the energy and purpose that lie within. Musicians who were mixing in mono in the 1960s would meticulously craft their mixes; these painstaking efforts often yielded a more impactful product.

The example below explores how energy and drive push through on mono mixes.

Here is the same example in stereo.

When aiming for a more vintage sound, try the mono option. The stereo example above loses some energy and purpose from the more driven mono example.

In the example below, the goal of the mix is to show uniformity in the layered guitar tracks by making them sound like a padded chord.

Notice how the bass sits nicely in the center pocket to allow room for the guitars to shine.

The example below is the same mix in stereo.

The bass track in stereo takes up considerably more space in the mix, subsequently dampening the guitar tracks. Unlike the mono example, the bass becomes the focal point of the stereo mix because of the wider plane. The guitar parts also expand but loose some of their padded quality in the process.

Mono mixing can benefit multi-track uniformity like the former example by giving the instruments a more concise sonic field to operate in.

Yes, most engineers and audio professionals would likely advise you to work in stereophonic sound, but that doesn’t mean working with mono is a bad idea. Mixing in mono can benefit stereo mixes by allowing the instruments to be more accurately balanced and ideally placed. And try not to forget that mono mixing is healthier for your ears!