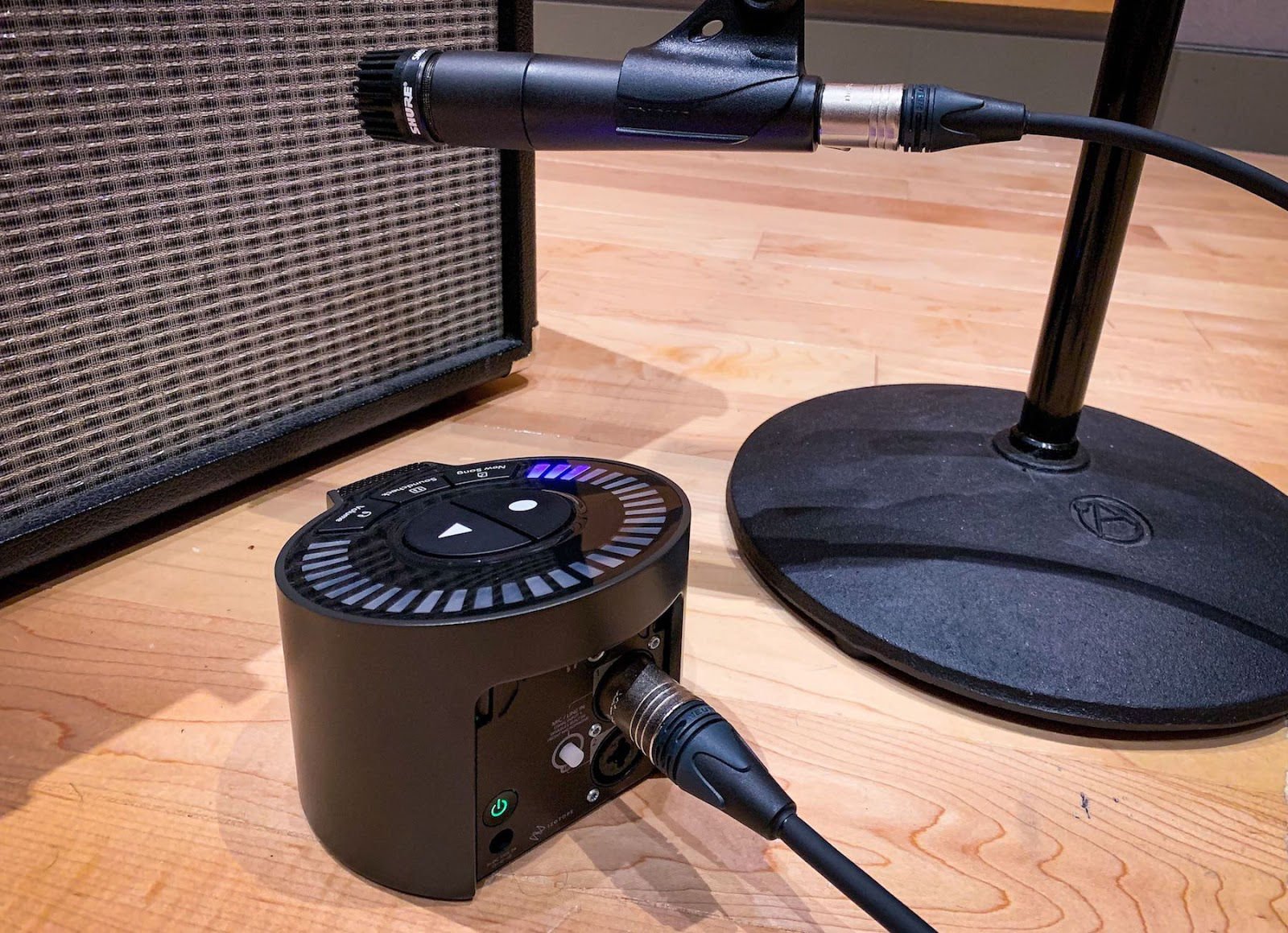 Spire Studio makes it easy to bring a whole bunch of elements together into a complete recording—and we had so much fun doing it the first time, we’re back again with a new tune. Check out another short song recorded and mixed with Spire Studio, and go through each part that makes up the whole.

The backbone of any dancy track, the drums lay the foundation on which we’ll build the rest of the song. This tune opts for a classic drum machine plugged directly into the Spire Studio rather than an acoustic kit. The groove, put together with Sequential Circuits Drumtraks samples, lays down a simple four-to-the-floor backbeat rhythm, with a kick drum on every beat (a staple in many pop genres, including disco).

While there are a few popular ways to record a bass guitar, this tune used a Hofner bass plugged directly into the Spire Studio’s instrument input rather than mic’ing up an amp. Recording direct and without any effects creates a clean bass tone with a nice punch and clarity that fits well in this mix.

With the rhythm section of the track laid out on bass and drums, it’s time to get funky. And what better to spice up a track than a pair of tightly syncopated guitars. Rather than using Spire Studio’s great-sounding amp simulators, these guitars were recorded with a Shure SM57 plugged into the back of Spire Studio.

By placing the mic relatively close to the grille of the guitar amp, the guitars are given a clean, dry (little room reverb), and detailed sound, great for syncopated guitar parts. This clip was recorded with a Fender Stratocaster through a Deluxe Reverb amplifier.

Shure SM57 plugged into the back of Spire Studio

With a pair of up-front guitar parts, the track still needs something to lay a clear harmonic foundation, or in other words, something to make the chord-changes more clear. And in this case, it’s with another guitar part. This one was recorded just like the funk guitars but with a chorus pedal in front of the amp, giving it a slightly warbly effect.

Just to give this harmonic foundation a little more spice, the track also has a synthesizer outlining the same chords but with slightly modified voicings to add some richness. Just like the drum machine, the synthesizer was plugged directly into the Spire Studio’s line input.

While the drum machine’s groove has a great sound, a great way to add some rhythmic drive (and an organic human touch) is with some live percussion.

The first percussion element is an egg shaker playing a driving sixteenth note rhythm, recorded Spire Studio’s built-in microphone. Recording the shaker roughly a foot away from the mic lets in a nice balance of natural room reverbarance and presence.

Just to take things up a notch in the tune’s second half, a wood block with Spire Studio’s Deep Space Vibes effect adds some nice rhythmic ambiance. Rolling back the tone creates a nice dark (less high end) effect that fit’s the track’s vibe.

Putting it all together

Now that we have all the tracks laid down, it’s time to put together a mix with Spire Studio’s Visual Mixer. Luckily, it’s straightforward.

For this mix, the central elements for the groove (drums, bass, along with percussion, labeled as 1, 2, 6, and 8) are kept down the center. As the basis of the groove, it helps to have both speakers contributing to these parts, plus listeners have come to expect this (think of the last time you heard drums or bass panned to one side—quite likely it was an early Beatles stereo mix!).

To add some width and a nice stereo effect, the funk guitars (3 and 4) are panned hard to each side. This helps the listener hear each distinct guitar part clearly, while giving the track a somewhat “larger-than-life” effect with such a wide separation between the elements. All the while, the integrity of the groove is kept in the center, leaving a nice balance between the sound stages.

Lastly, the chorus guitar and synthesizer (5 and 7) are placed center and slightly right. This way, the harmonic foundation (along with the rhythmic foundation) are central elements of the mix.