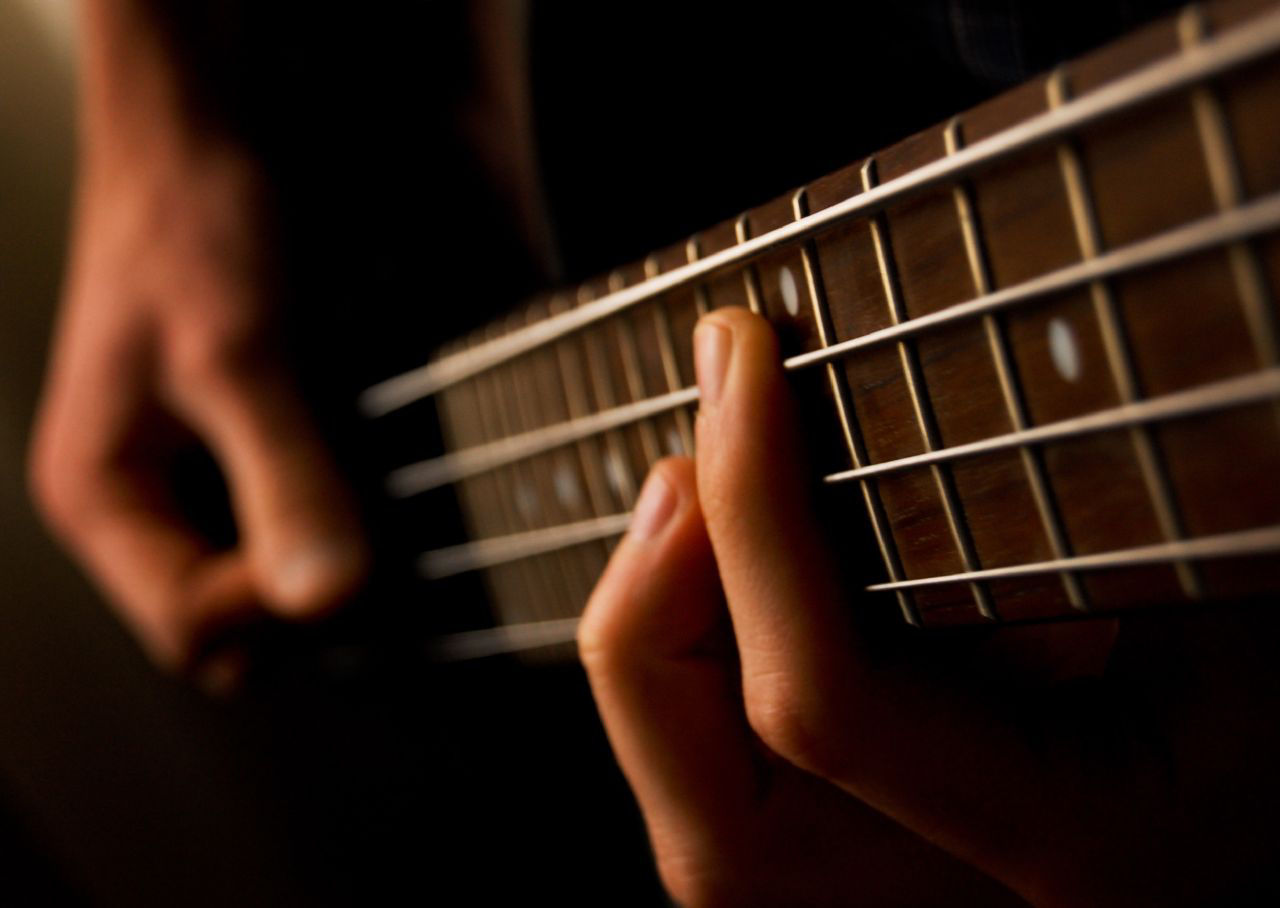 In the world of rock music, being ridiculous and flashy can get you a long way. For decades, rock has been propelled by bombastic lead singers, drummers, and guitar players. Despite the revelry often attached to the job description of “rock musician,” bass players hold the distinct challenge of having to blend in. While the bass in rock music has long served as a humble anchor underneath the cacophony, don’t be fooled—there are more possibilities for rock bass lines besides another unexciting eighth note cadence on the root note.

Yes, being a bass player is a selfless gig, but it doesn’t have to be a boring one. There are ways to write interesting rock bass lines that enhance the listener’s experience without stepping on any toes or jeopardizing the music in any way. Moving forward, the most important thing to understand is that your job as a bass player is to support the song. Once you bury that deep into your psyche, it’s important to consider two concepts when writing your bass lines: create movement, and act as a bridge. Let’s dig deeper into those.

Listening back to the early beginnings of punk rock, specifically the Ramones and The Stooges, the bass parts are unflinching in their rhythmic and melodic patterns, and are typically made up of chugging eighth note patterns that never stray from the root note. It’s certainly stylistic to the type of music, but shouldn’t be taken as a template for what a bass player should do. Creating movement in your bass line opens up the music, giving it space and depth while adding color and tone. An easy way to begin is by using arpeggios.

An arpeggio is a group of notes in a chord that are played in succession in either an ascending or descending pattern. For example, the notes in a G major triad are G, B, and D, so by playing those notes in succession, you have played an arpeggio.

Arpeggios are a trademark of classic rhythm & blues bass playing. In Chuck Berry’s “Johnny B. Goode,” notice how the bass line doesn’t play the same note twice in a row while the guitars and keyboard vamp over the chords.

Say the band is playing over a D major chord. One of your options is to play the arpeggio going up, so D, F#, A and back to D. Another option is using an inversion to start at D and drop down to a low F# and then to a low A. The point of both arpeggios and inversions is to get you to venture on from the root note while still staying true to the chord.

Let’s analyze the difference between the two bass lines below. In Example A, the bass line is an eighth note pattern that follows the root notes of the three chords, A major, F major, and G major. Overall it’s very simple, but it gets the job done.

In Example B, we have the same chords, but you’ll notice the bass line is more active. This bass line uses both arpeggios and inversions to create more movement between the chords.

Act as a bridge

This metaphorical bridge isn’t a reference to the song or the audience, but to the band itself. An interesting bass line will bridge two other parts together, specifically between the drummer and either the guitar player or singer. It’s important to understand and listen to each player’s part to inform your own. As a rule of thumb, the bass line should be in line with the kick drum. To make things more interesting, listen to the hi-hat or floor tom as well to inform your rhythmic choices.

Try to notice any particular melody notes or vocal flourishes that strike your ear. Are they reasonable to recreate on the bass? If you can squeeze in three or four notes that align with the melody, it will draw in the listener’s ear.

A perfect example of the bass line as a bridge is Paul McCartney’s performance on “Come Together.” Listen how the bass line matches the intricacies of Ringo’s hi-hat in the intro; notice how John’s melody (mostly made up of the root note, minor third, and minor seventh), matches the bass line in certain sections. McCartney took bits of both bandmate’s performances and used them to inform his own decisions, therefore creating one of the most memorable bass lines ever written. 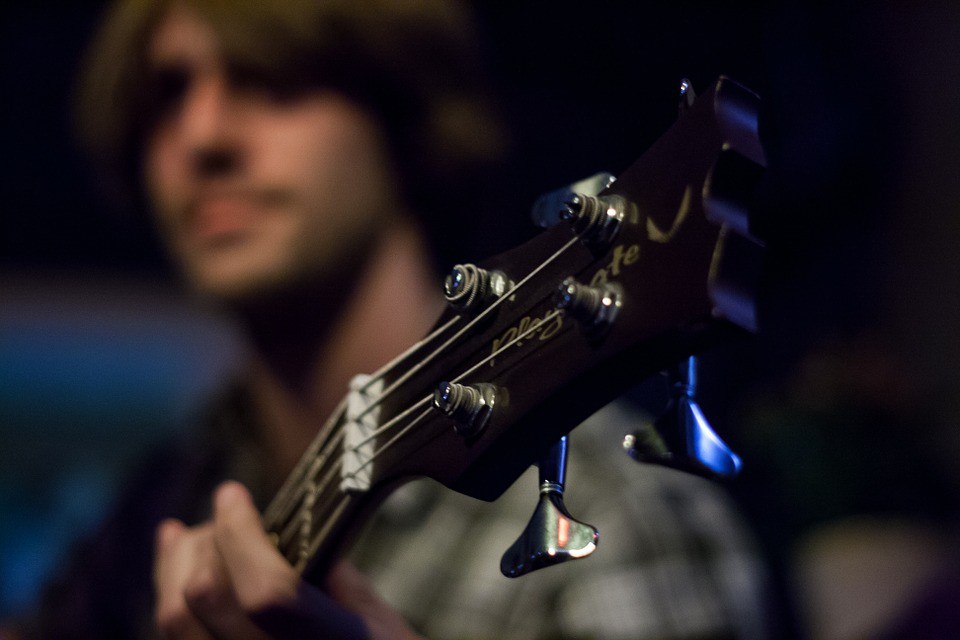 It’s important to realize that you don’t have to play the bass like Flea or Geddy Lee to stand out. Though creating movement and acting as a bridge can make bass lines more engaging, the most important factor in writing interesting rock bass lines is to be yourself. The way that you play is entirely unique—always use that to your advantage.

iZotope’s award-winning recording solution for iOS & Android, Spire Studio, makes it easy to layer basslines and build songs. Learn more about it and discover more ways to unlock your creativity in the stories below.