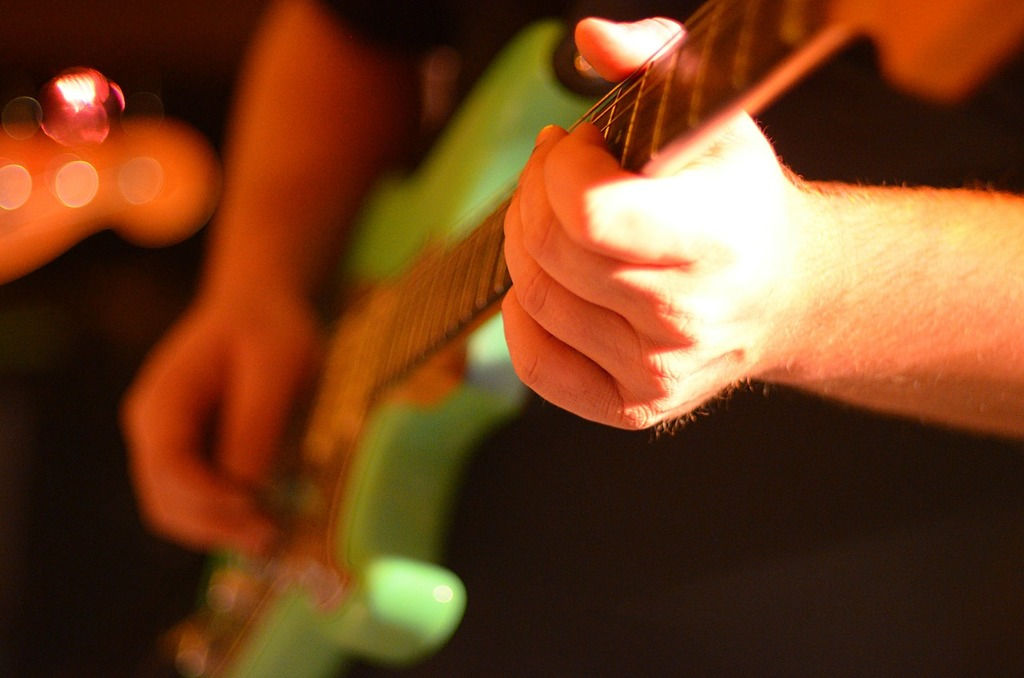 There’s nothing quite like the wall of sound generated from a good old amped-up rock song.

Not only does rock cover an entire, colossal spectrum of harsh sound—from The Kinks’ iconic “Barking Dog” sound to Black Sabbath’s demonic amplified crunch—but, when it comes to amping up your songs, the sky really is the limit.

The bold, heavy nature of rock affords the option to fill lots of space with a single chord or use harsh sound elements—including squeaks, feedback, hum, and rattle—to your advantage rather than viewing them as the enemy.

Spire Studio is a great tool to create these harsh sounds and, ultimately, give your songs the extra bite you’ve been looking for. But, first, let’s start with some harsh sound tips!

Working with harsh sound is a glorious thing, and while rock has no bounds, these tips will ensure your efforts are less muddy and more masterful.

Before you start to amp things up with effects, spend some time with your instrument. Make sure everything is tuned to perfection and that you’ve set a tone that you’re 100% happy with. This will form the foundations of your success.

When working with sound effects or amp emulators, you should set your levels incrementally rather than pushing them straight to 11. Doing so will give you a chance to hear the tone and shape of the signal change little by little, so you can find that sweet spot right between harsh sound and unorganized mess.

Watch out for masking

During the recording and mixing process, always check and listen carefully to make sure that your amped channels don’t overshadow other parts in your arrangement, also called masking. While big guitar, bass, or keyboard sounds are more than welcome in rock music, most great songs also boast their fair share of nuance—so make sure your intricate touches are still able to cut through the noise. The Masking Meter in Neutron is a great tool to help mitigate this issue.

Now that we’ve talked a little about harsh sound, let’s explore how you can amp up your songs and bestow them with more of a rock edge.

With my Spire Studio, I recorded four sound clips, layering each one on top of the other to paint a sonic picture—something that you can use as a working guide for your own big and noisy rock creations. Let’s start with the rhythm track.

To lay down a rock-solid, heavy foundation for my track, I leveraged the unrelenting bark of power chords hitting hard with just a little sustain. And, to make my chords appear as harsh as possible without losing definition, I used Spire’s Bass Amp effect—a surprisingly potent tool for rock guitar.

By turning the Brightness function on I gave the sound extra punch, rolling the presence, as well as the tone, up around 3/4 of the way to the top to accentuate any feedback or blemishes picked up while recording.

Pro Tip: Once you’re happy with the tone of your rock rhythm track, try experimenting with presence, playing around until you land on the perfect balance between defined and harsh. You’ll know it when you hear it.

Next, to add a musical hook to my recording, I wrote a short, repetitive guitar line which I panned slightly to the left on both tracks. I also pushed it up in the mix with Visual Mixer—which is one of iZotope’s free plug-ins.

To achieve a harsh yet crunchy sound, I used Spire’s Tube 30 Amp, activating the Brightness function while pushing the Drive right to the top and the Tremolo halfway up to give my guitar line some richness, while allowing it to cut through the rhythm track in all its heavenly rock glory. To bestow the part with warmth, I also double-tracked it, using the same effect settings, an octave higher. If you love double-tracking as much as I do, be sure to download iZotope’s free Vocal Doubler plug-in.

Pro Tip: When recording big hooks or melody lines, it’s important to add a little warmth to the tone to create definition between your parts—and double tracking will help you do just that.

To enhance my already eclectic wall of sound, I chose to pepper in a few guitar stabs at regular intervals where space allowed. For that Stooges-like feel, I used the Verb ‘65 Amp with the Presence rolled almost to its very limit, with the Drive and Tone almost to the top to make each strike as urgent and harsh as humanly possible without muddying the other parts. I panned this hard right and pulled it down in the mix slightly with Visual Mixer.

Again, to further amp up my track, I added in a few guitar licks with the same approach and settings as I did with my stabs—panning the track hard left in the mix to complete my rich, loud, and harsh stereo sound. If you’re having trouble with the stereo balance of your track, try exporting your stems from Spire Studio and into a stereo imaging plug-in like the free Ozone Imager.

Pro Tip: With smaller, more spaced out parts like stabs and licks, you have more scope to push everything up to the tippy-top, as they won’t turn your track into a noisy mess. But be careful to add them to the right moments within your arrangement, to avoid overcrowding the elements.

With all parts recorded using harsh sound, be sure to use the entire stereo spectrum to your advantage when mixing. Find a sonic sweet spot for every part—doing so will ensure every instrument, note, slap, ring, squeak, lick, stab, fill, and melody shine on through.

We hope our guide to harsh sound helps you create the relentless rock sounds of your dreams. If you’re looking to create an ear-shredding riff that you can add extra bite to, check out our blues-rock riff tutorial.