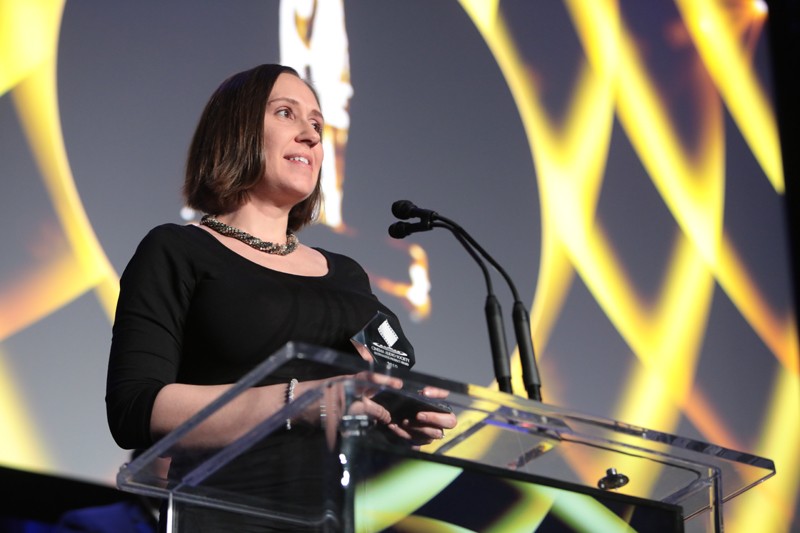 The award represents recognition from the CAS membership, a “who’s who” of television and film sound. Dialogue Match was introduced in November 2019 and has very quickly become a critical tool for dialogue editors and automated dialogue replacement (ADR), both for cinema and TV audio. “We now have a way of seamlessly matching EQ, reverb, and ambience of ADR to existing production recordings,” explains Doug Mountain, dialogue editor for movies and TV shows such as Catch 22 and Walking Dead, “This takes all the guesswork and time out of mixing ADR into existing production. It’s a huge timesaver. You can’t even tell what is ADR now, it blends so perfectly with production. This is a serious game changer.”

Dialogue Match is the first tool to automatically learn and match the sonic character of dialogue recordings. It is also the first product to combine brand-new machine learning from iZotope with ground-breaking reverb technology from Exponential Audio’s product line, which was acquired by iZotope in 2019.

Re-recording mixers that are responsible for delivering the final sound mix for films and television programs, often need a way to quickly match dialogue from lavalier, boom mics, and ADR (Automated Dialogue Replacement), in order to create a seamless and cohesive dialogue performance. With Dialogue Match, users can analyze audio to extract a sonic profile, then apply the profile to any other dialogue track for fast and easy environmental consistency in scene recordings, allowing them to complete the tedious process of matching production dialogue to ADR in seconds, rather than hours.

For re-recording mixers and ADR editors, Dialogue Match is an unprecedented time-saver. Tonal characteristics can be matched between a boom and a lavalier microphone, localized audio can automatically be matched to the original language, and global snapshots and reference profiles can be saved or loaded.

This is iZotope's seventh CAS award. Dialogue Match builds on the success of iZotope’s RX, which streamlines audio workflows for post production editors and mixers and has become a mainstay of the CAS awards. RX has taken home six awards since 2014.

At iZotope, we’re obsessed with great sound. Our intelligent audio technology helps musicians, music producers, and audio post engineers focus on their craft rather than the tech behind it. We design award-winning software, plug-ins, hardware, and mobile apps powered by the highest quality audio processing, machine learning, and strikingly intuitive interfaces. iZotope: the shortest path from sound to emotion.